A new CLion 2020.1 EAP build is now available for download!

You can download the build (201.6487.17) from our website, via the Toolbox App, or as a snap package (for Ubuntu), and you can install it side by side with the stable release build.

Support for macros and path variables in Run/Debug configurations

Sometimes, instead of running your program directly, you may want to pass it as an argument to another program started from CLion (when using an emulator, for example). Or you might want to use a project-related path in the Program Arguments or Working Directory fields in the Run/Debug Configurations. Now you can do that!

Macros and path variables can currently be used in the following configuration types:

Further work is still required for unit testing, the Remote GDB Server, and some other configuration types. 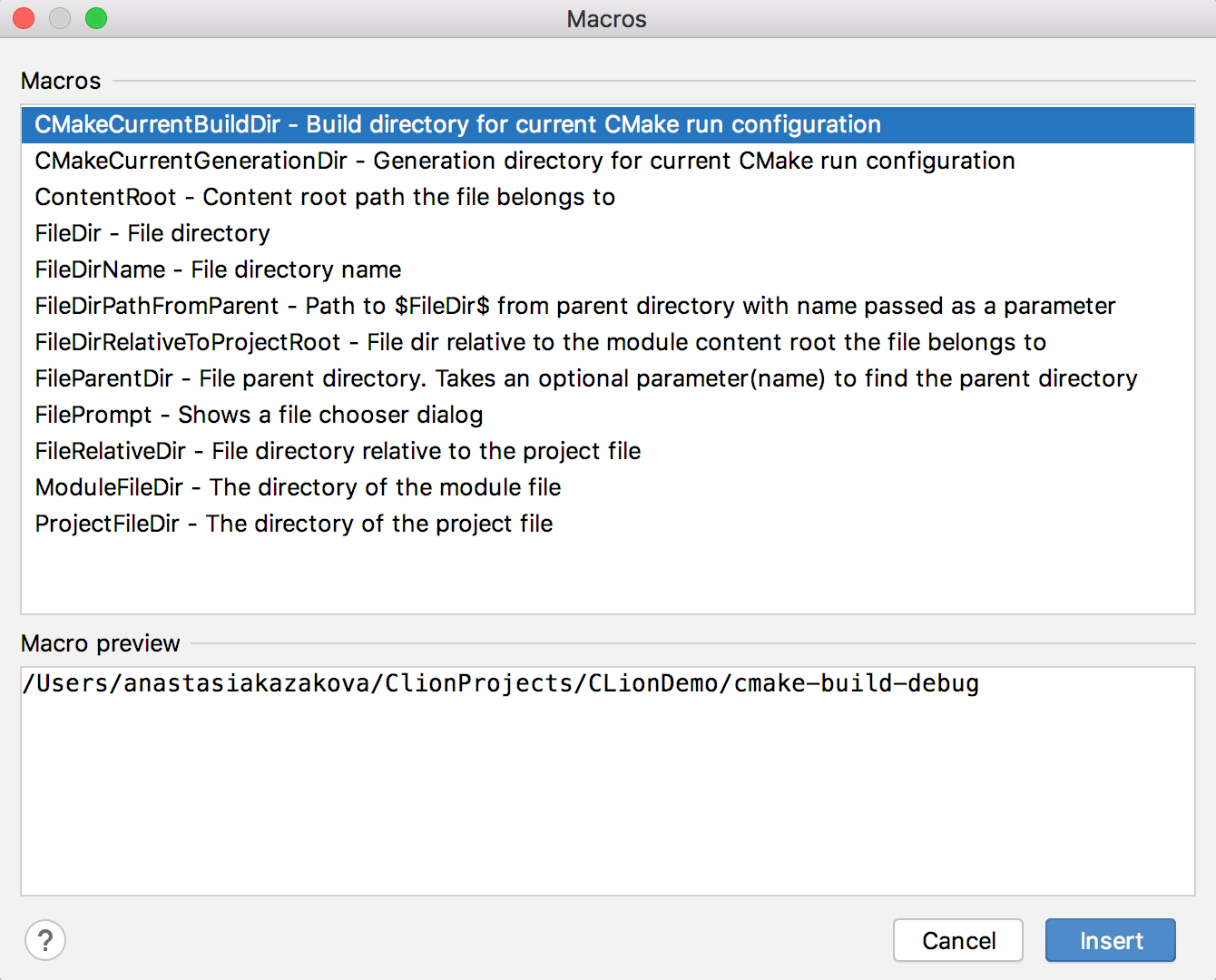 Alternatively, you can use Path Variables, which you can configure in Settings/Preferences | Appearance & Behavior | Path Variables. The typical use case is creating a Path Variable for a library that is used widely in your projects but is located outside the project directory (check our webhelp article to learn how to configure it).

Path variables and editor macros can be used in the Program Arguments or Working Directory fields in the Run/Debug Configurations. For macros, click the plus sign to open the full list: 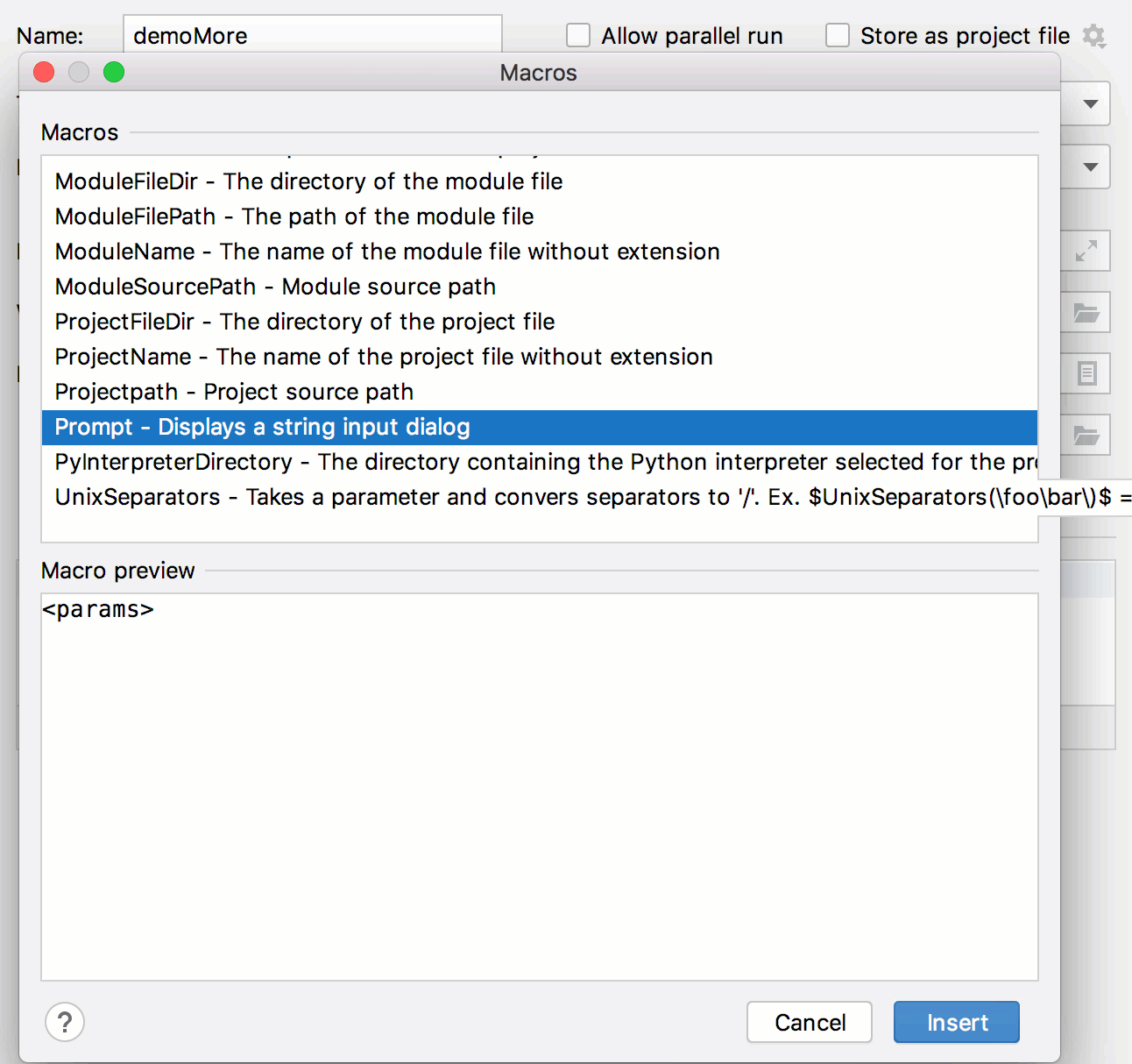 Sometimes you want to redirect input from a file to stdin of your application. This is now possible! In the Run/Debug Configuration, you’ll find a new field called Redirect input from. Enable it, and fill in the file path/name: 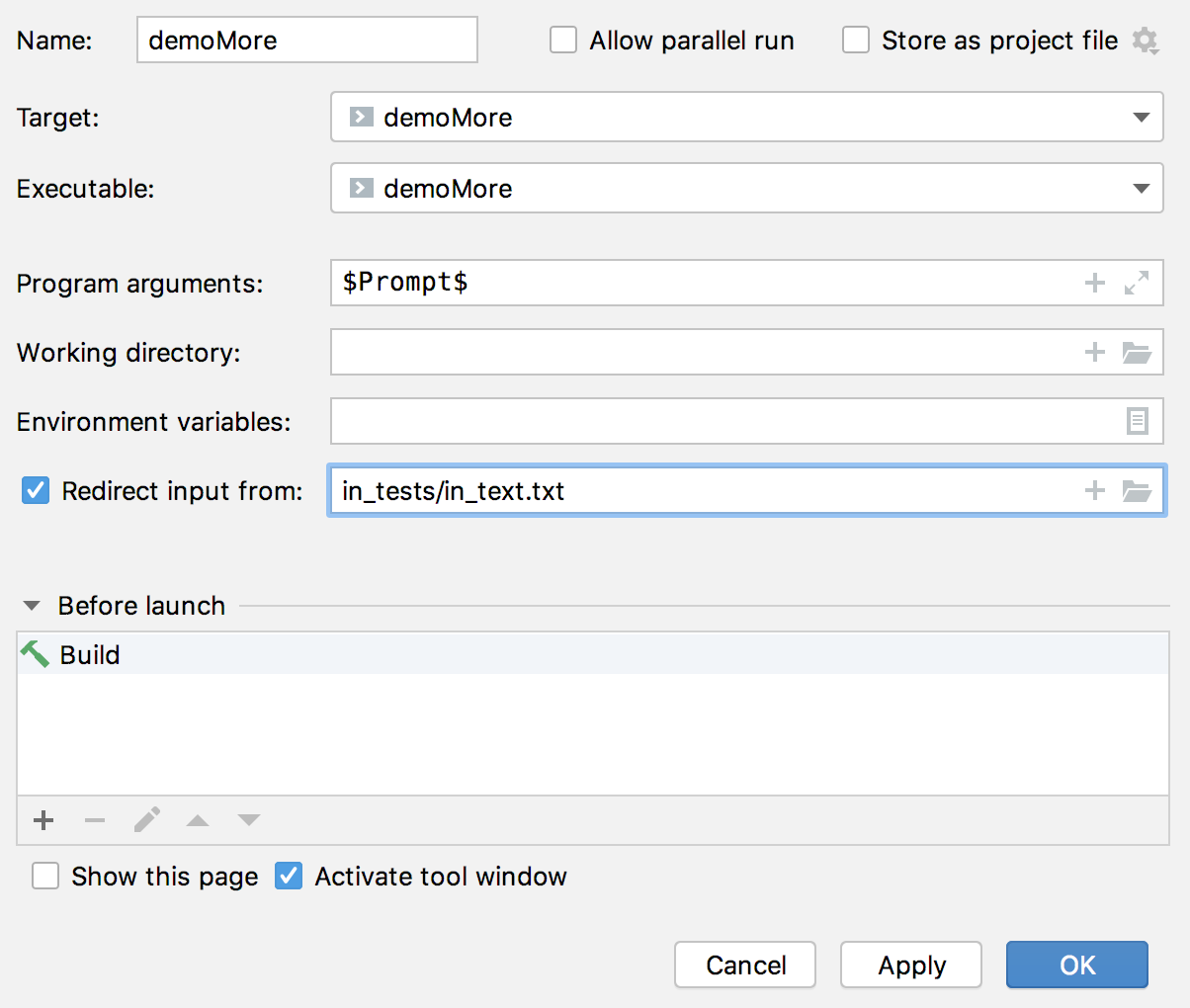 A few things worth mentioning here:

Tip: If you want CLion to ask you to choose a file input every time you run the application, use the FilePrompt macro here, which invokes a file selection dialog on every application launch: 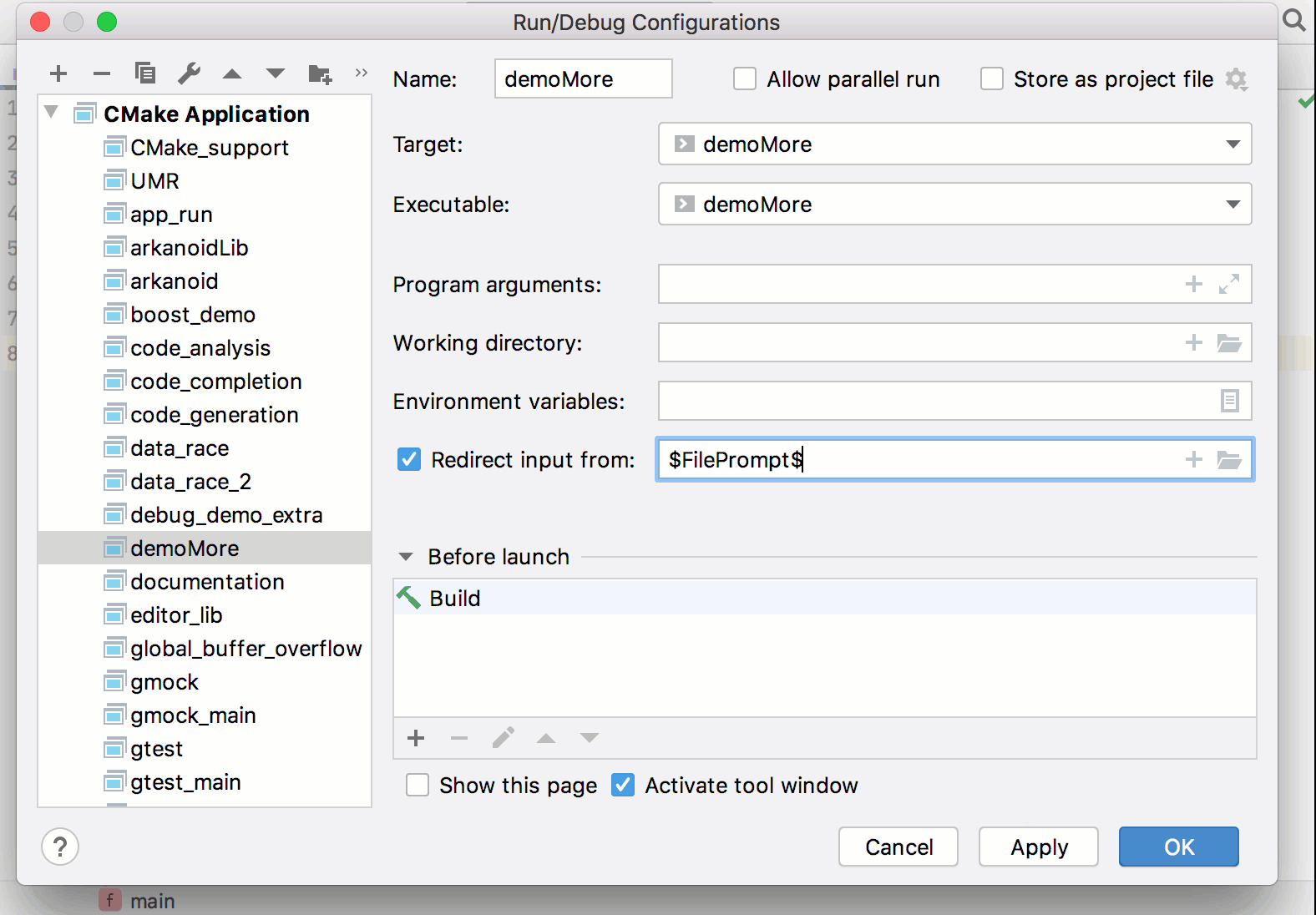 In 2019.3, we introduced Clangd-based code completion in CLion. Clangd, as one of the completion providers, helps deliver faster completion results. However, the rules for mixing Clangd with CLion’s own completion provider are quite complicated. Sometimes they even cause issues with the prioritization and ordering of results. After a few rounds of tests and measurements, we’ve decided to turn on a new mode in which completion is fully provided by Clangd. Of course, if a crash or some other serious issue occurs, CLion will silently switch to other providers to be sure that completion is still operating. CLion also uses its own completion to provide symbols from non-included files if Clangd-based completion fails to find anything.

This behavior is controlled by the Code Completion setting in Settings/Preferences | Languages & Frameworks | C/C++ | Clangd. At the moment, Only Clangd completion is set as the default value.

Data Flow Analysis (DFA) was recently moved to Clangd, and now we’ve given it a few fixes and improvements, including:

And there are, of course, many others. You can find the full release notes here.