The 2020.2 Early Access Program has just started, but we’ve already announced so much cool stuff – makefile project support, doctest, updates to the PlatformIO plugin, dozens of enhancements in the debugger for the Microsoft Visual C++ toolchain, and more. If you’ve had a chance to try any of these, let us know your impressions!

But of course we are not stopping there. This week brings another EAP build with useful improvements in these areas:

Build 202.5792.50 is available from our website, via the Toolbox App, or as a snap package (if you are using Ubuntu). A patch update is ready for anyone using the previous 2020.2 EAP build:

In CLion, you can run CMake applications and tests with code coverage measurements. Code coverage results provide the percentage of code lines executed during a run and the number of times a particular line was hit.

The implementation relies on the llvm-cov/gcov integration, and it previously required the corresponding coverage flags to be passed manually. In CLion 2020.2, we’ve improved the user experience by adding coverage flags automatically when you click the Run with Coverage button.

Of course, this doesn’t happen silently. When the run with coverage is activated but no coverage files (.gcov or .profraw) are found, CLion will suggest adding the flags:

If you click Fix and rerun, CLion will do the following:

You’ll see the coverage results in the Coverage tool window: 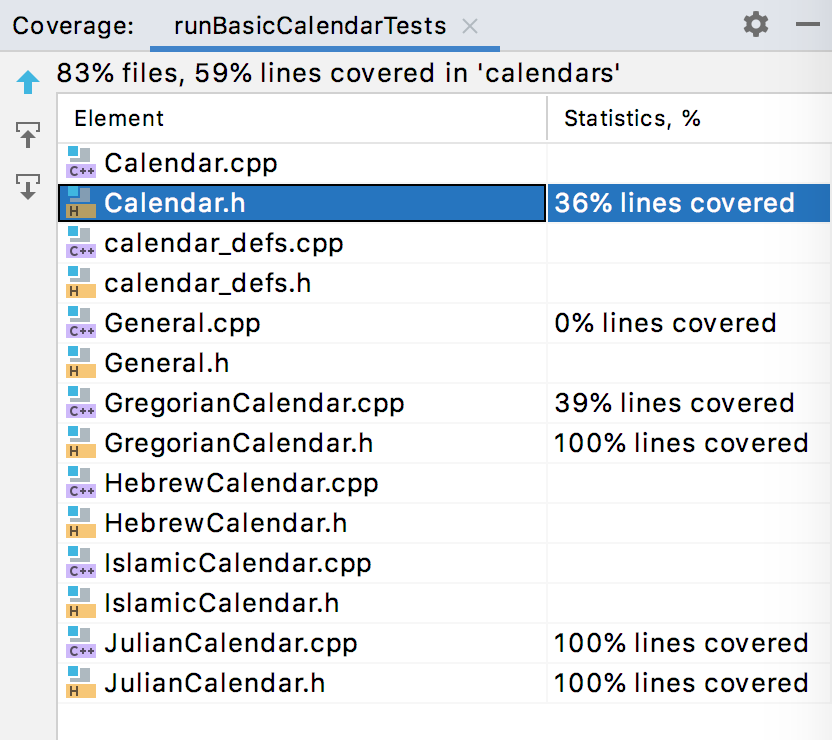 In addition, Coverage now works for the Clang-cl compiler.

Support for Git installed in WSL2

Windows Subsystem for Linux (WSL and WSL2) is an essential tool for those who develop for Linux while working on Windows. With the WSL toolchain setup for your project in CLion, you can build using CMake and compilers from Linux, and run/debug on WSL – all from inside CLion on your Windows machine.

The great news is that CLion VCS support now is compatible with the Git that’s installed in WSL2! The IDE automatically switches between Git executables depending on the project location. So if the project is opened from WSL (via \\wsl$ path), all Git-related features in the IDE will work via the Git executable from WSL2.

You may have already noticed the new Inspection Widget in the CLion 2020.2 EAP:

It displays the number of warnings and errors in the current file and lets you navigate between them with ease. You can also configure the highlighting level: none, errors only, or all problems. Previously, this was possible with the so-called Hector icon – the Inspector icon on the Status bar, or by using the icon in the top right-hand corner of the file.

Now if you click the Inspection Widget, the Problems View tool window will open:

Alternatively, you can open it via the main menu | View | Tool Window | Problems.

The full release notes are available here. Give this EAP build a try and share your feedback with us!

P.S. If you are new to CLion or feel you might not be aware of its full power, we have a free live webinar for you called CLion 101 and Beyond! Register now to reserve a seat and join us on Tuesday, June 23. The webinar will be hosted by Phil Nash, our C++ Tools Developer Advocate at JetBrains, and rest assured he’ll teach you a trick or two!

2020.2 coverage EAP newsletter-cpp vcs WSL
The Developer Ecosystem in 2020: How C++ is DoingWebinar Recording: CLion 101 and Beyond