We still have an interesting path ahead of us, but we are now ready to show you some of the valuable improvements we’ve made and to get your feedback. So please join us for this EAP – we’d love to welcome you aboard!

As usual, the EAP builds are free to use and no license is required. The main goal is to test the tools in all kinds of non-standard and unusual environments you may have set up, so we can make sure we haven’t missed anything. If you come across any bugs or peculiar behavior, please report them to our issue tracker so we can collect and fix as many issues and regressions as possible. 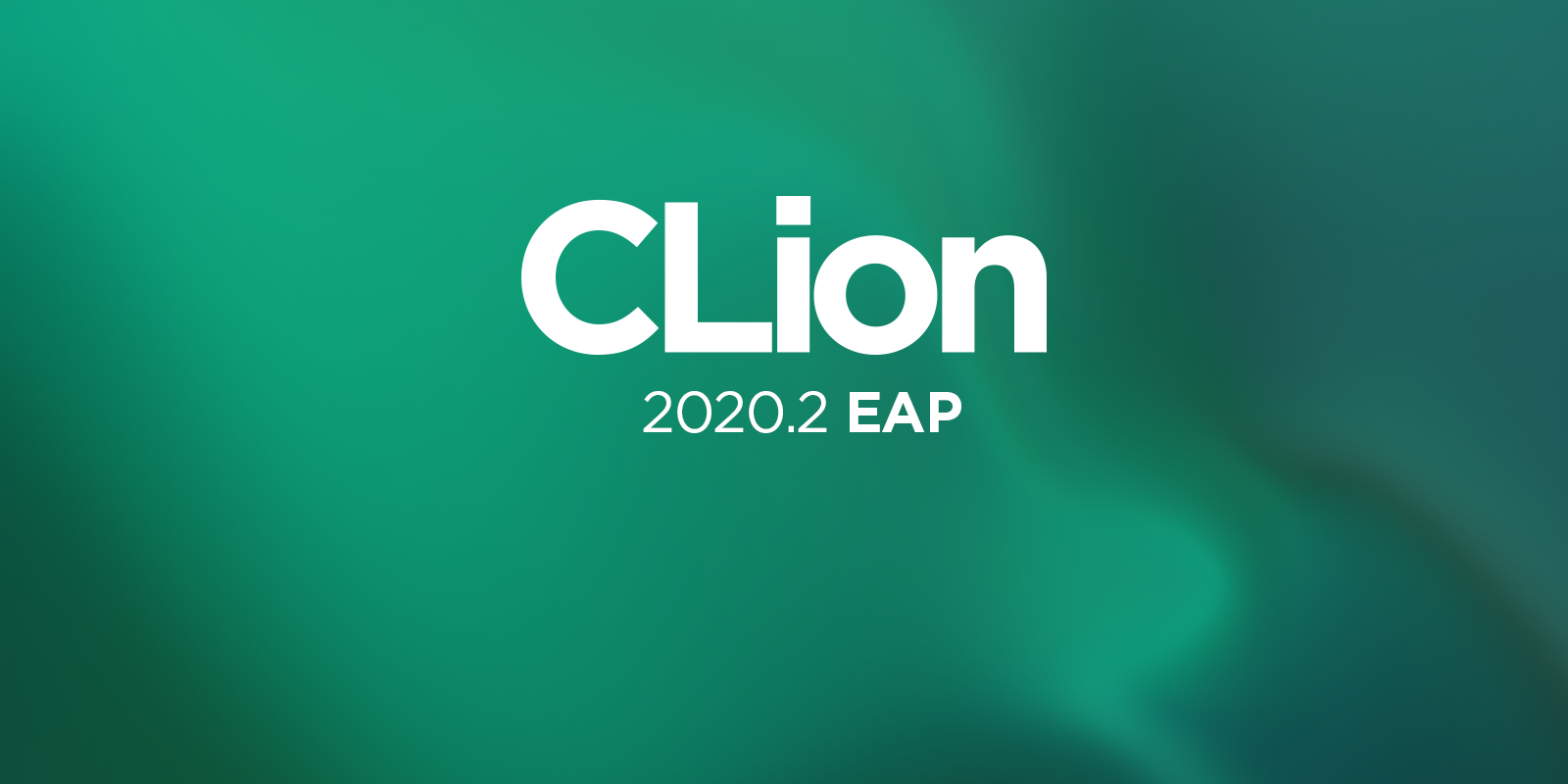 When you type in the editor, the IDE reparses the corresponding code pieces on the fly to provide you with some smart assistance. Typing inside a macro definition can be tricky for the IDE, as it has to correctly understand the moment the macro ends and the regular code starts in order to update the AST accordingly. To avoid editor performance degradation, CLion now inserts a backslash on pressing Enter inside the macro definition. The macro definition will quite likely be continued on a new line, so the IDE inserts the backslash for you automatically before moving the caret to a new line.

This EAP build also comes with a fix to the IDE freeze that was happening when Sanitizer’s output visual representation was enabled (CPP-16010), as well as a fix to infinitely reading the profiler output in some cases (CPP-20096).

We’ve also reworked the documentation popup to avoid several cases where it blocked the UI.

In terms of Unit testing frameworks, CLion comes with support for Google Test, Catch(2), and Boost.Test. This EAP brings support for Catch2 template tests. They are now recognized and handled just like the other test types: 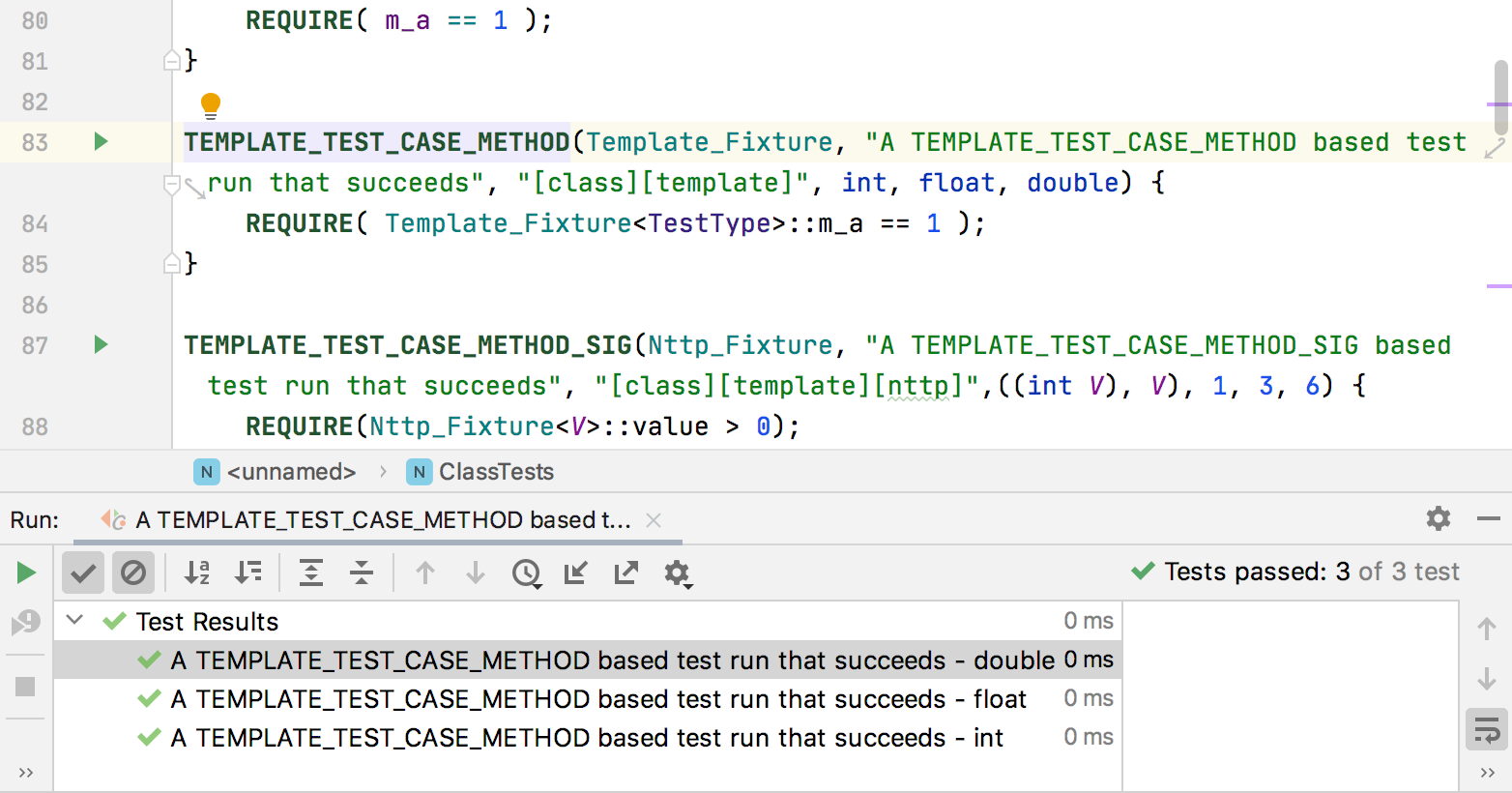 On Windows, you can select from MinGW, Cygwin, WSL, and the Visual Studio toolchain. In the case of the latter, a debugger implemented by JetBrains based on LLDB is used and it has been given a significant number of improvements:

The ‘unused code’ inspection now works for type aliases and detects when they are not used. This works for globally and locally defined using:

In CLion 2020.1, Data Flow Analysis was moved to the Clangd-based language engine to enable it to be more accurate and less heavy in terms of performance. We are continuing to work in this direction and have introduced several fixes for DFA-related problems in CLion 2020.2 EAP, including:

Additionally, CLion no longer suggests replacing the if constexpr condition with the ternary operator – which only makes sense for a regular if else condition. And the Rename refactoring doesn’t fail incorrectly with a Local variable already exists in the scope error (CPP-3054).

Updates to the PlatformIO plugin

CLion 2020.1 introduced a plugin for PlatformIO that helps you start an embedded project faster. A new version is now available and it has been given several significant improvements:

There are a few actions for CMake projects now available in Find Action. You can call them from there, or assign a shortcut to any or all of them if you use them often: 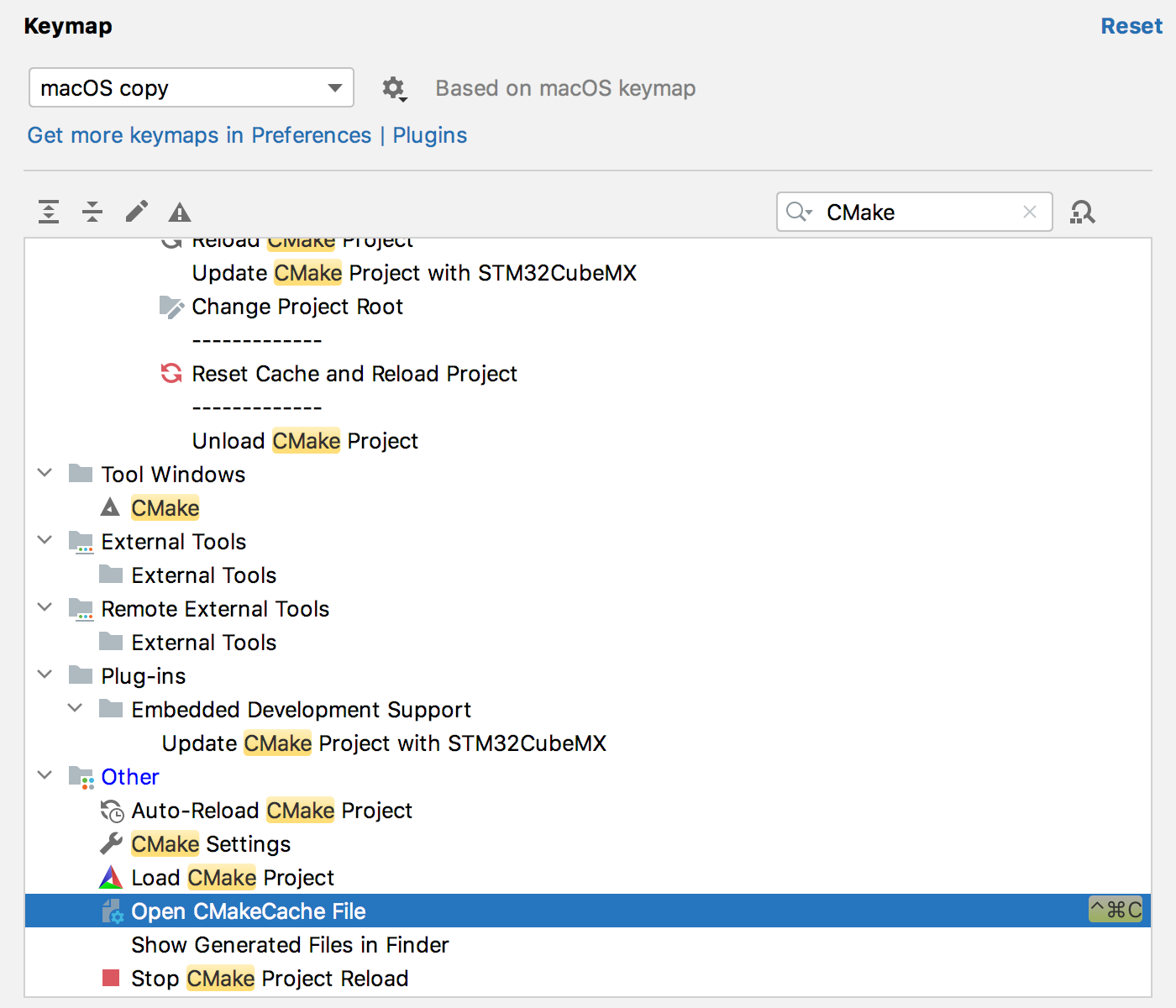 Support for GitHub Pull Requests has been improved significantly with 2020.2. You can now fully interact with all the pull requests associated with the repository:

No more switching to the browser or another tool! The entire Pull Request workflow is at your fingertips in CLion and other IDEs on the IntelliJ Platform. Learn more.

For quite some time now we’ve had two language engines in CLion – CLion’s own engine and another one that we implement on top of Clangd. The latter is used for code highlighting, completion, code analysis (together with our own code inspections), some navigation actions, and more. We’ve had this engine enabled by default for several releases now and we’re seeing encouraging feedback from our users. We constantly improve it by fixing any cases when the engine crashes or behaves incorrectly, and we do our best to stay aligned with the latest LLVM Clang version. The original CLion engine is not evolving fast enough and many actions in CLion now rely on the Clangd-based engine.

So from now on, the Clangd-based engine is the default language engine in CLion and the option to turn it Off has been removed. Instead, if you experience any issues with this engine, please report them to our team. We’ve also added some information about the LLVM Clang revision used for the Clangd-based language engine so that you know what to expect in terms of C++ support and built-in Clang-Tidy checks: 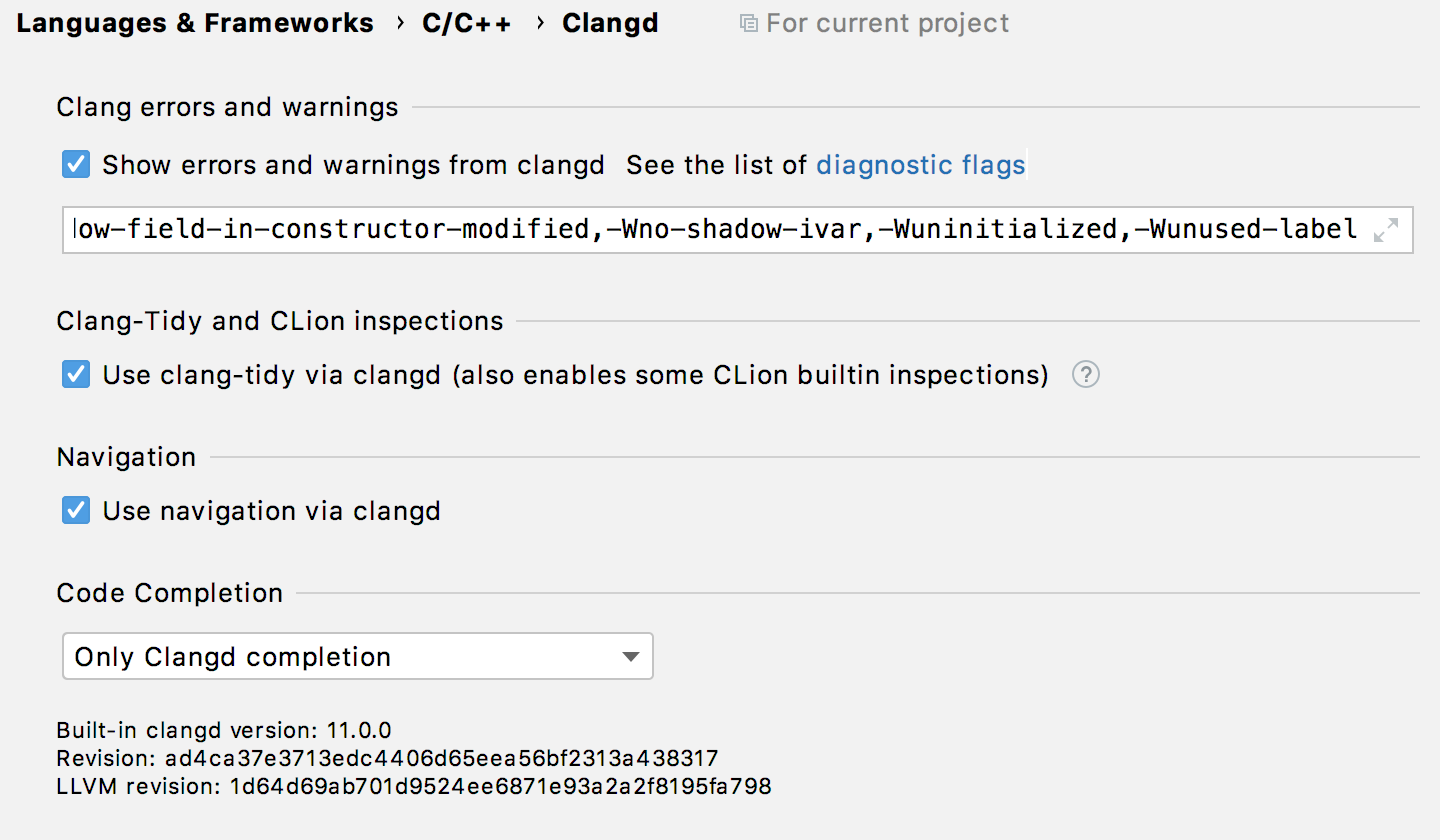 Other important fixes include:

The full release notes are available here. There are more than 100 fixes included, so make sure to try out the new EAP build today!