Earlier in September, we began the 2020.3 Early Access Program for CLion which introduces the following enhancements:

Today the new 2020.3 EAP build for CLion is available! Here is a brief overview of the highlights you will find in this new EAP version: 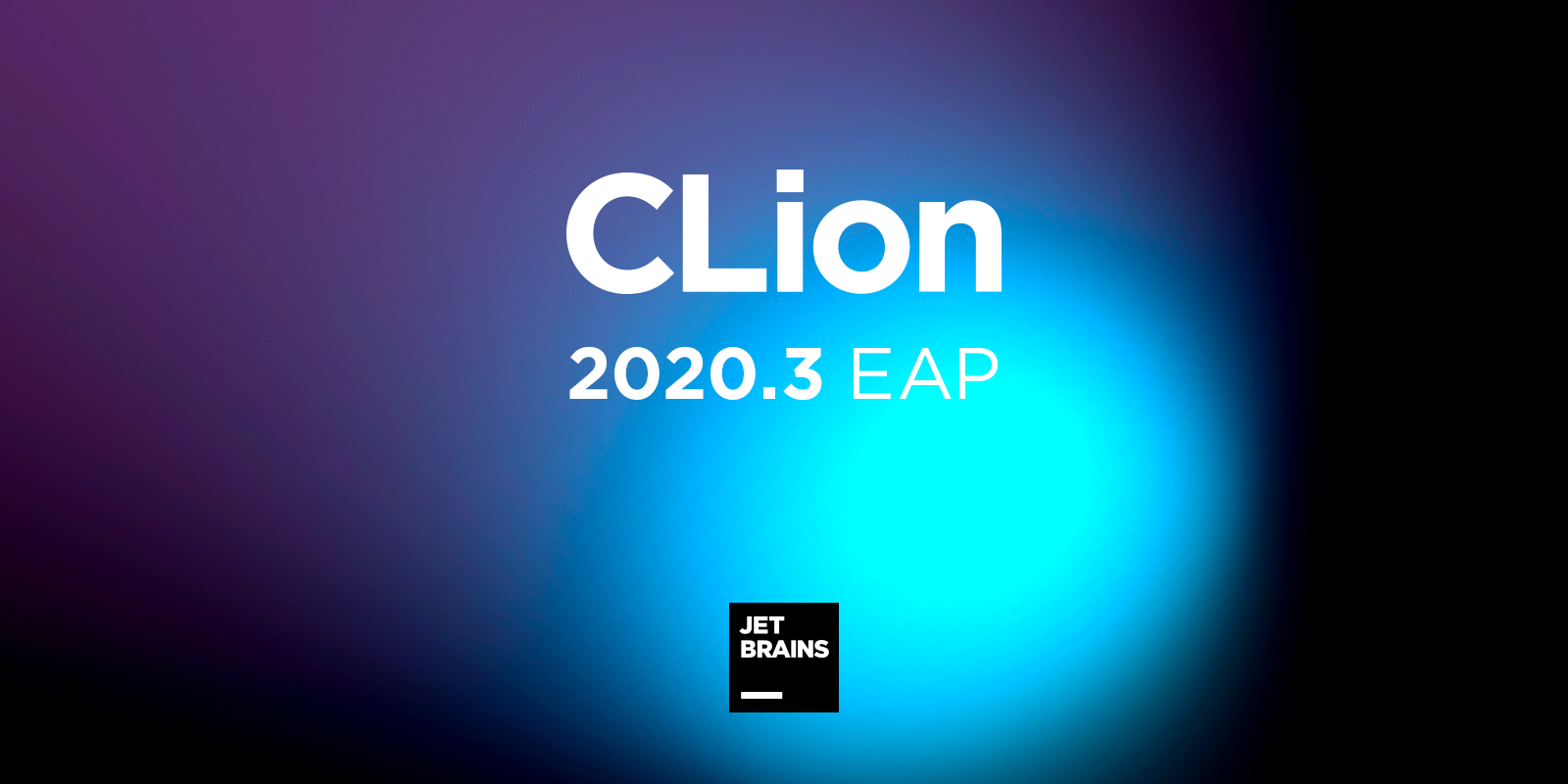 CLion supports the top most popular unit testing frameworks for C++ and also comes with a built-in CTest runner for CMake projects. In addition to working on CTest in 2020.3, our team focused on making several improvements to Google Test integration and the built-in test runner in particular: 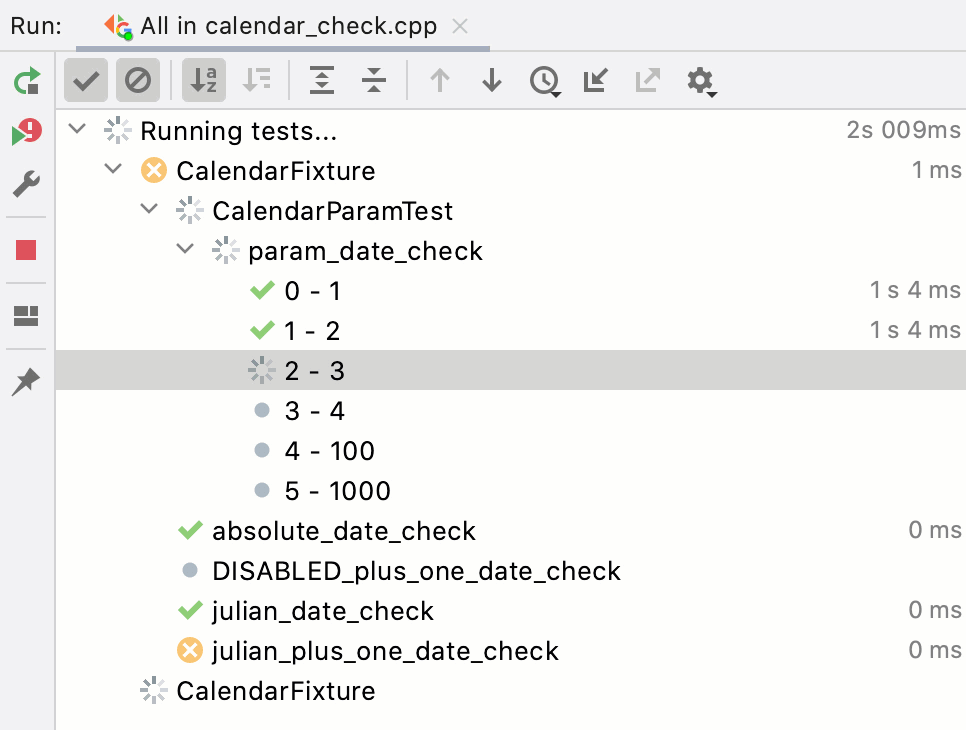 Incidentally, our 2020 research shows that 31% of C++ developers are using Google Test, making it the most popular unit testing framework in the world. We hope the above improvements make your experience with Google Test in CLion smoother and more productive.

To speed up the development process, you might sometimes want to compile one file without building the whole project. For this purpose, CLion provides the Recompile action. And now it works for Makefile projects! Use Ctrl+Shift+F9 on Windows/Linux and ⇧⌘F9 on macOS, or simply call it via Build | Recompile ‘file name’. 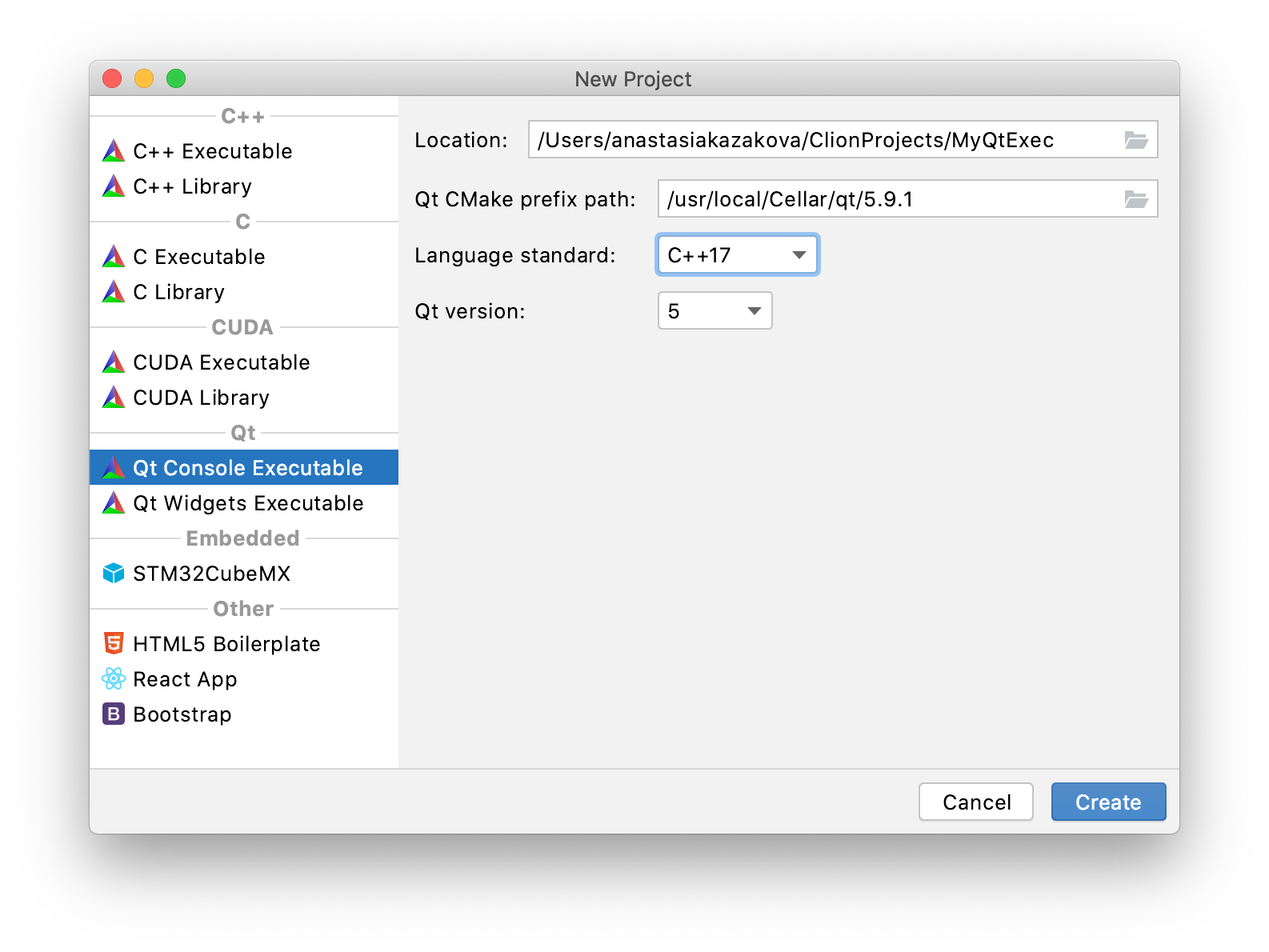 The templates themselves were also updated.

The signals and slots mechanism is a central feature of Qt, as these are the entities used for communication between objects. CLion now understands when signals or slots have to be completed, and filters only the corresponding members in the completion dropdown. For example, for signals: 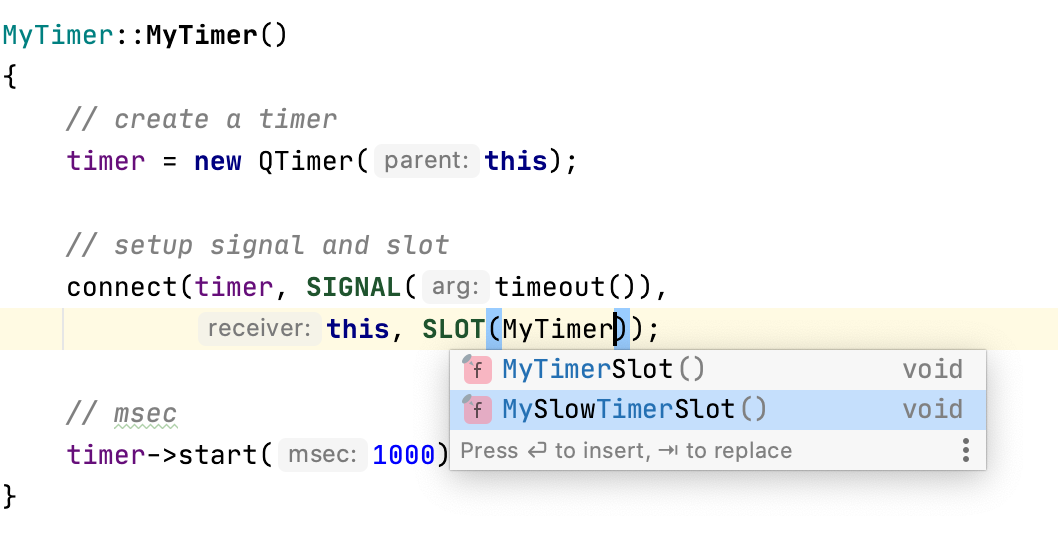 And of course, SIGNAL and SLOT macros are also available in code completion in such locations, while all unrelated class members are filtered out.

And finally, Qt-style auto-import is now supported in CLion. For example, for the QUrl type the #include will be suggested:

Since moving code completion to our Clangd-based engine in CLion we’ve significantly improved it. It has become faster and more accurate, and we are continuing to improve it. This time we fixed a couple of code completion issues for templates.

CLion uses the Clang-based language engine and Clang-Tidy from the corresponding LLVM revision. The version of the built-in Clang-Tidy can be checked in Settings/Preferences | Languages & Frameworks | C/C++ | Clang-Tidy. We release Clang updates quite often. This means that you might find some new checks in CLion. Or, on the contrary, some of the newer checks might not be shown in CLion when the ‘-*’ pattern is used in the configuration files.

We’ve introduced a notification that will tell you when Clang-Tidy has been updated to a newer version, so that you’ll know you might need to update the configuration files.

And if you click the Review link in the notification, you’ll get a list of the available new checks and their activation state according to the current configuration file: 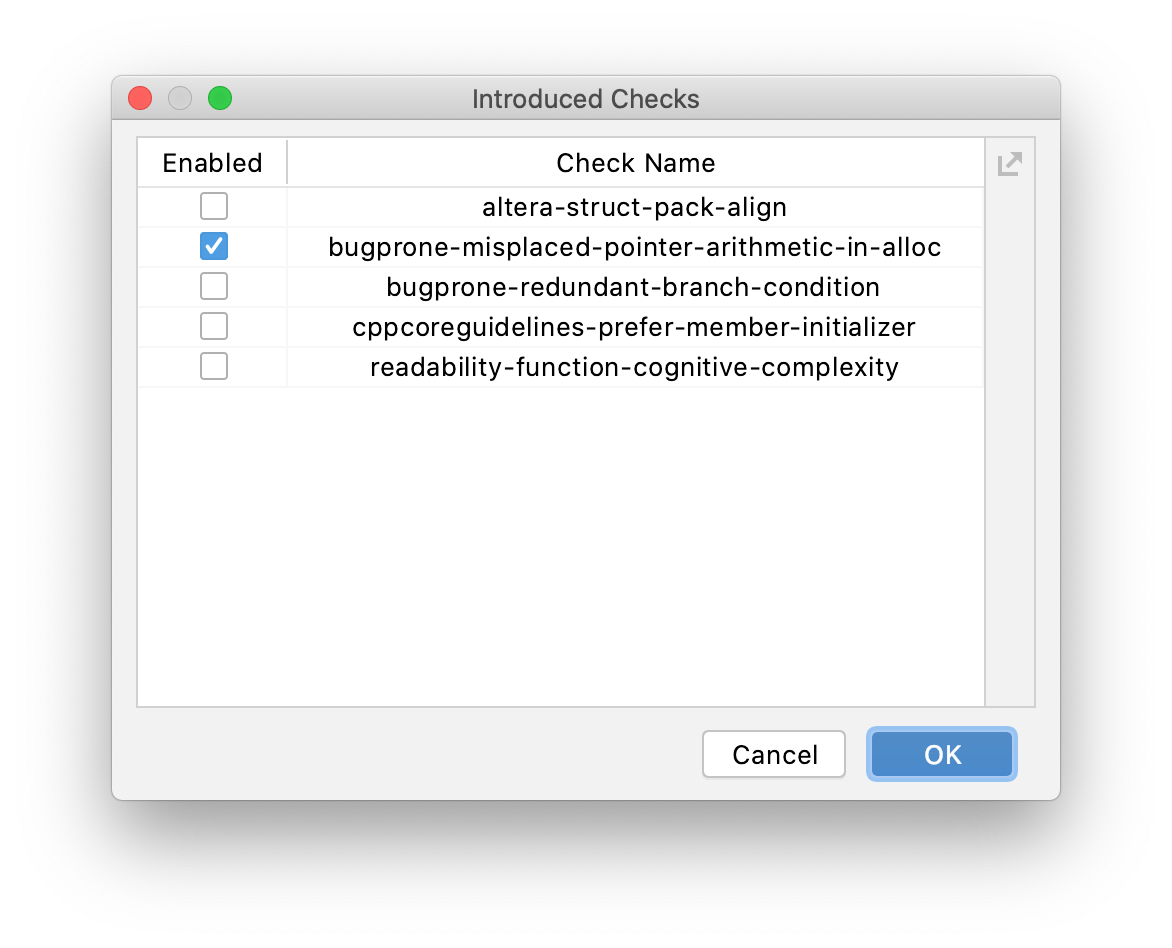 If you don’t rely on the CLion config for Clang-Tidy and use your own config instead, the notification will also warn you that “clang-tidy files may overwrite your IDE settings”. In that case, you can check your .clang-tidy config files manually.

A few important limitations to note:

That’s it for now. The full release notes are available here. Try out the new EAP build today, and please share your feedback with us in the comments below or in our issue tracker.