The new CLion 2021.2 EAP build (212.4638.8) is now available from our website, via the Toolbox App, or as a snap package for Ubuntu. If you are on macOS, there is a separate build for the Apple Silicon M1 chip.

The landscape of Make-based projects is very diverse, so it was hard to cover all of them at once in CLion. When we first added support for Makefile projects, it was limited to certain kinds – the Makefile had to be present in the project directory, which meant all of the preconfiguration steps had to be called manually before loading and opening the project in CLion. Now it’s time to relax this limitation!

For example, let’s take Make v4.3 and open it in CLion: 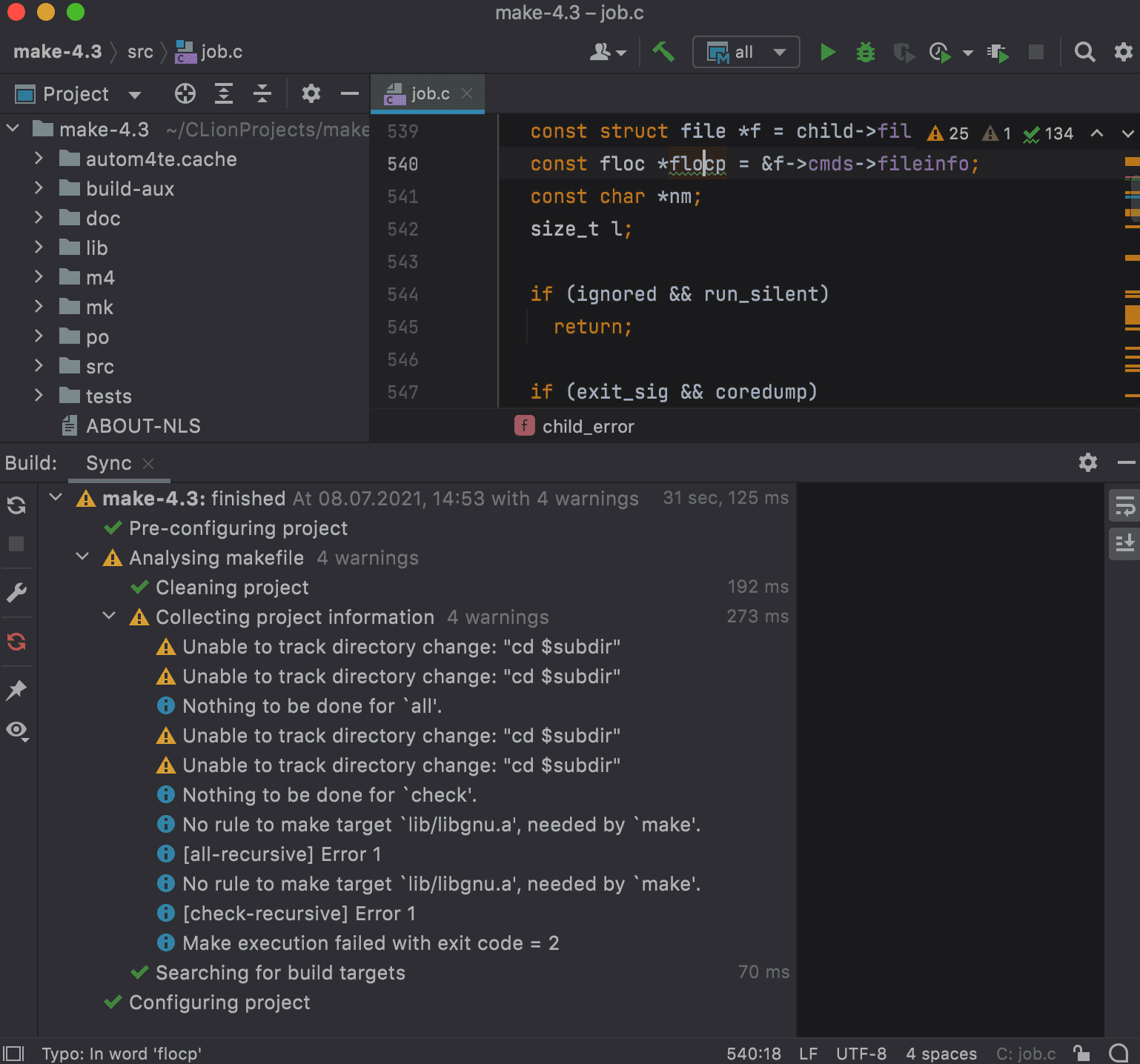 For many projects, that is all you need to open them in CLion!

You can call any additional scripts, like bootstrap, from the built-in terminal, and you can tune additional preconfigure step parameters in Settings/Preferences | Build, Execution, Deployment | Makefile: 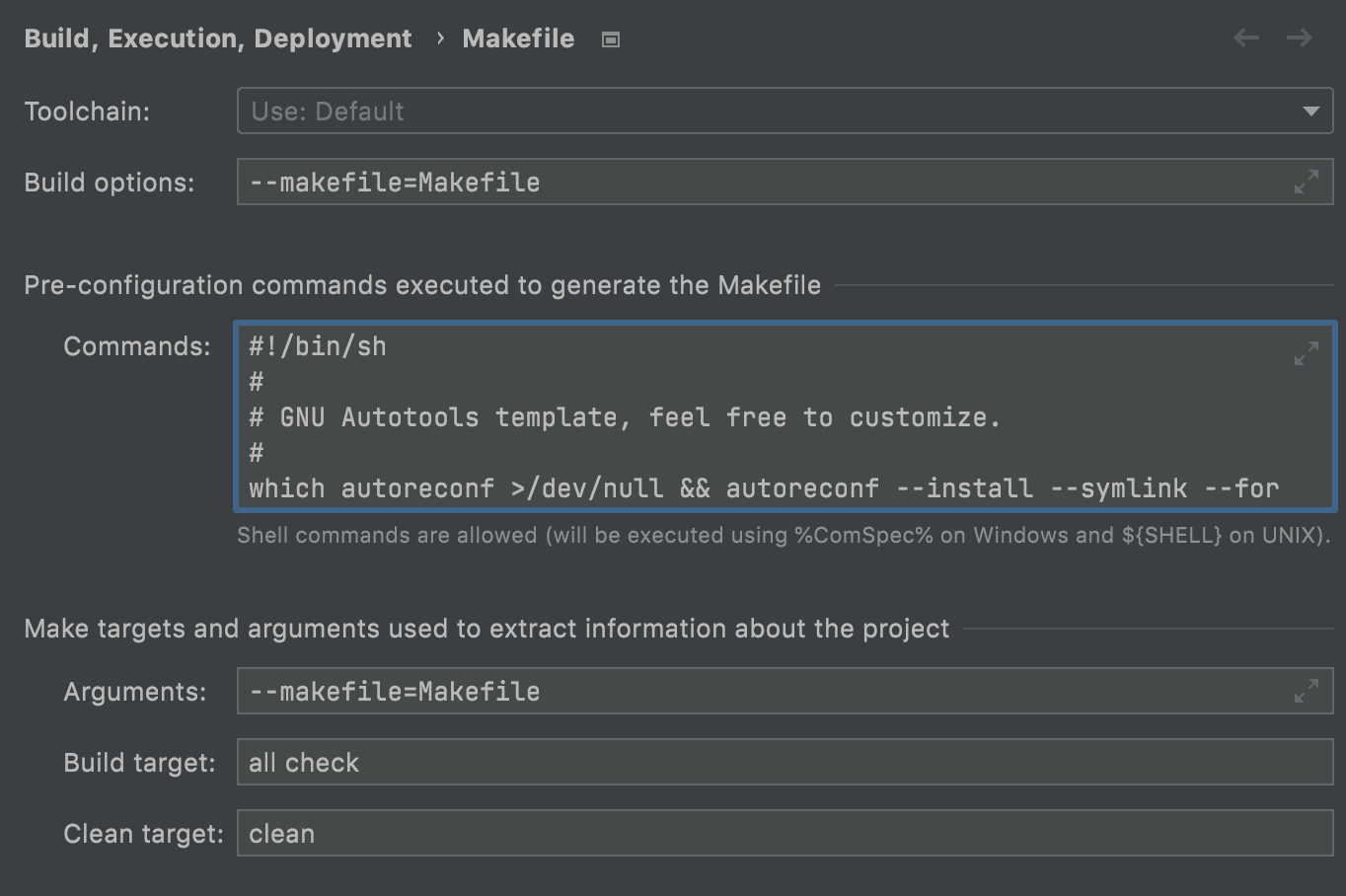 As an example, if you open a recent version of the make project from Git in CLion, you need to call ./bootstrap in the terminal first.

A few known issues are worth mentioning here: