CLion 2021.3 EAP was launched last week with an impressive list of things to try out:

If you haven’t yet downloaded and installed the 2021.3 EAP, now is a good time to do so! Today we are announcing the second EAP build.

Build 213.4293.2 is available from our website via the Toolbox App, or as a snap package (if you are using Ubuntu). Note that if you are on macOS, there is a separate build for Apple silicon (M1 chip).

These tables are located in two new tabs in the debug toolwindow: 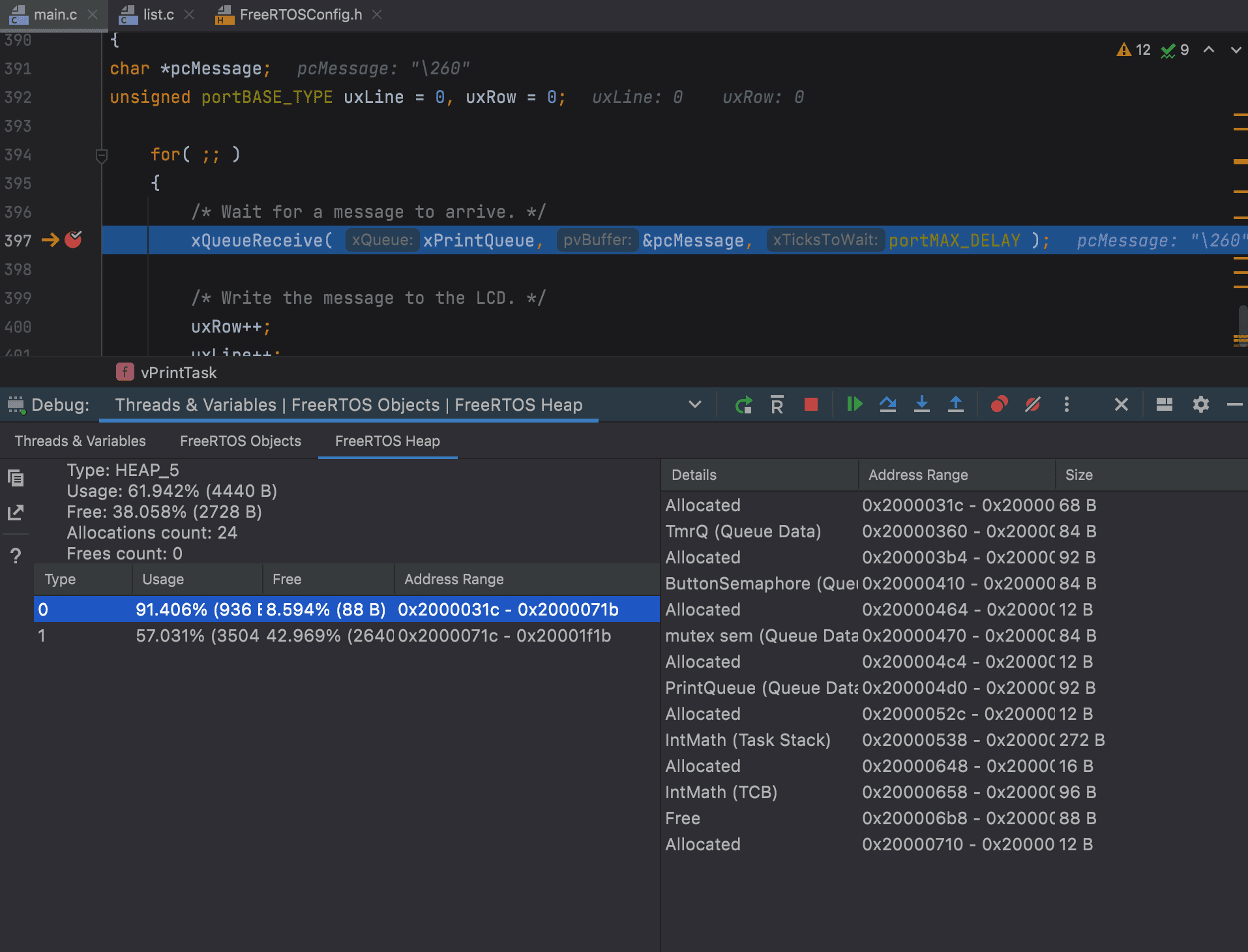 These views depend neither on the debug probe being used, nor on the debug configuration, but GDB is required. For it to work correctly, several definitions should be present in FreeRTOSConfig.h: 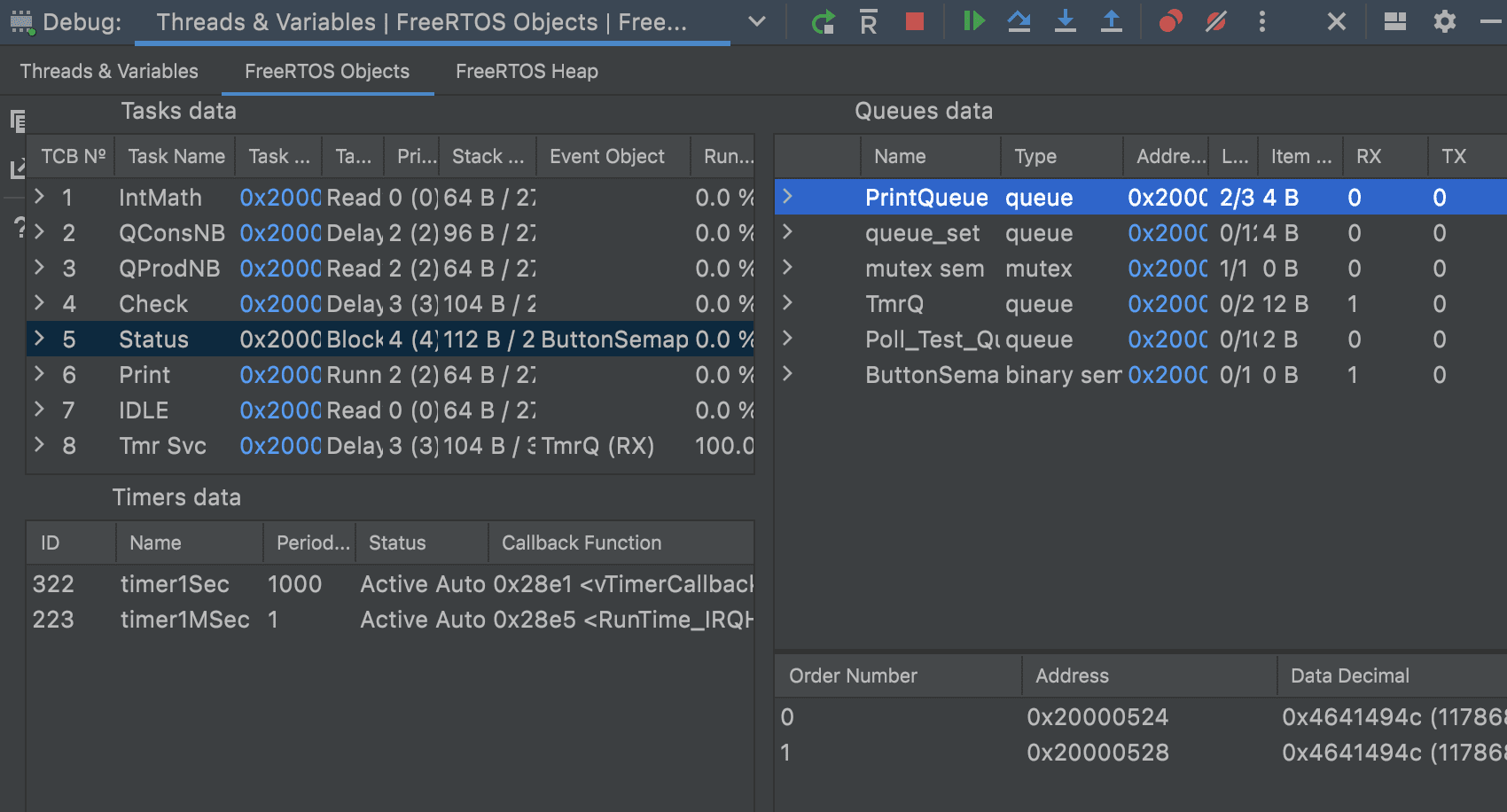 Ninja as a default generator in CMake

Ninja is one of the most popular and effective CMake generators currently used, so we decided to switch our defaults from Makefile to Ninja. If you are using CMake 3.20 or higher, CLion will use Ninja as its default generator. You can still specify your own generator in the CMake profile settings (Settings/Preferences | Build, Execution, Deployment | CMake) if you wish.

To simplify the usage, we’ve bundled Ninja v1.10.2 into CLion. The bundled version is used if all of these are true:

On Windows, the selection of toolchain options included MinGW, Cygwin, Visual Studio, WSL, and Remote toolchain. Now, there is also the System toolchain. Similar to Linux and macOS, it allows configuring CMake, compilers, and debuggers executables, without selecting a predefined environment. You can still load the environment via script in this toolchain. You might need it for the ARM toolchain or other embedded toolchains on Windows. 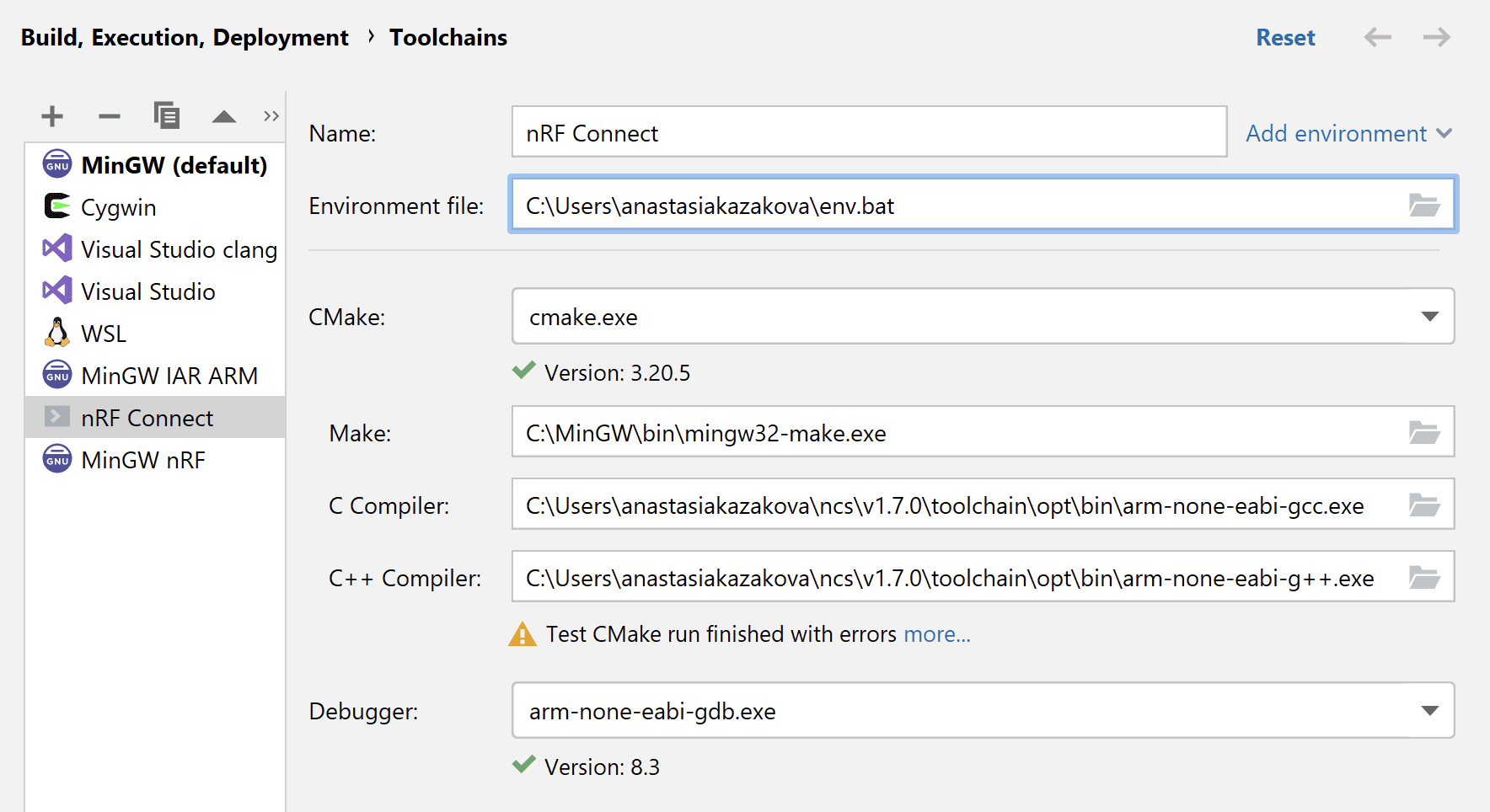 There is an interesting use case you might want to try with the System toolchain on Windows – the new IntelLLVM compiler. To configure it on Windows you’ll need to do the following:

An important note! We are not stating that the IntelLLVM compiler works in CLion. We’ve only managed to configure and make it work in several cases on our side. If you are eager to try the brand-new Intel compiler with CLion, we’d greatly appreciate it if you shared your feedback with us. Let us know here or in the comments section below.

With the WSL toolchain set up for your project, you can build your project and compilers from Linux, and run/debug on WSL, without leaving CLion on your Windows machine. With many language features in CLion working via the Clangd-based engine, we realized that running clangd on Windows for projects on WSL is not effective. The performance could be much better if we ran clangd directly on WSL where the project is. In CLion 2021.3 EAP it now does so for CMake and compilation database projects (for Makefile projects, the change is coming later).

Finally, CLion addressed an annoying auto-import issue. Now "" is used instead of <> for header files belonging to the project (part of the CPP-5501).