A new CLion 2022.2 EAP5 build, 222.3048.7, is available from our website, via the Toolbox App, or as a snap package (if you are using Ubuntu). If you are on macOS, there is a separate build for Apple Silicon (M1 chip). Those who are already using EAP4 can apply a patch to update to EAP5.

The Quick Documentation popup (Ctrl+Q on Windows and Linux, F1 on macOS) is now available in CMake scripts: 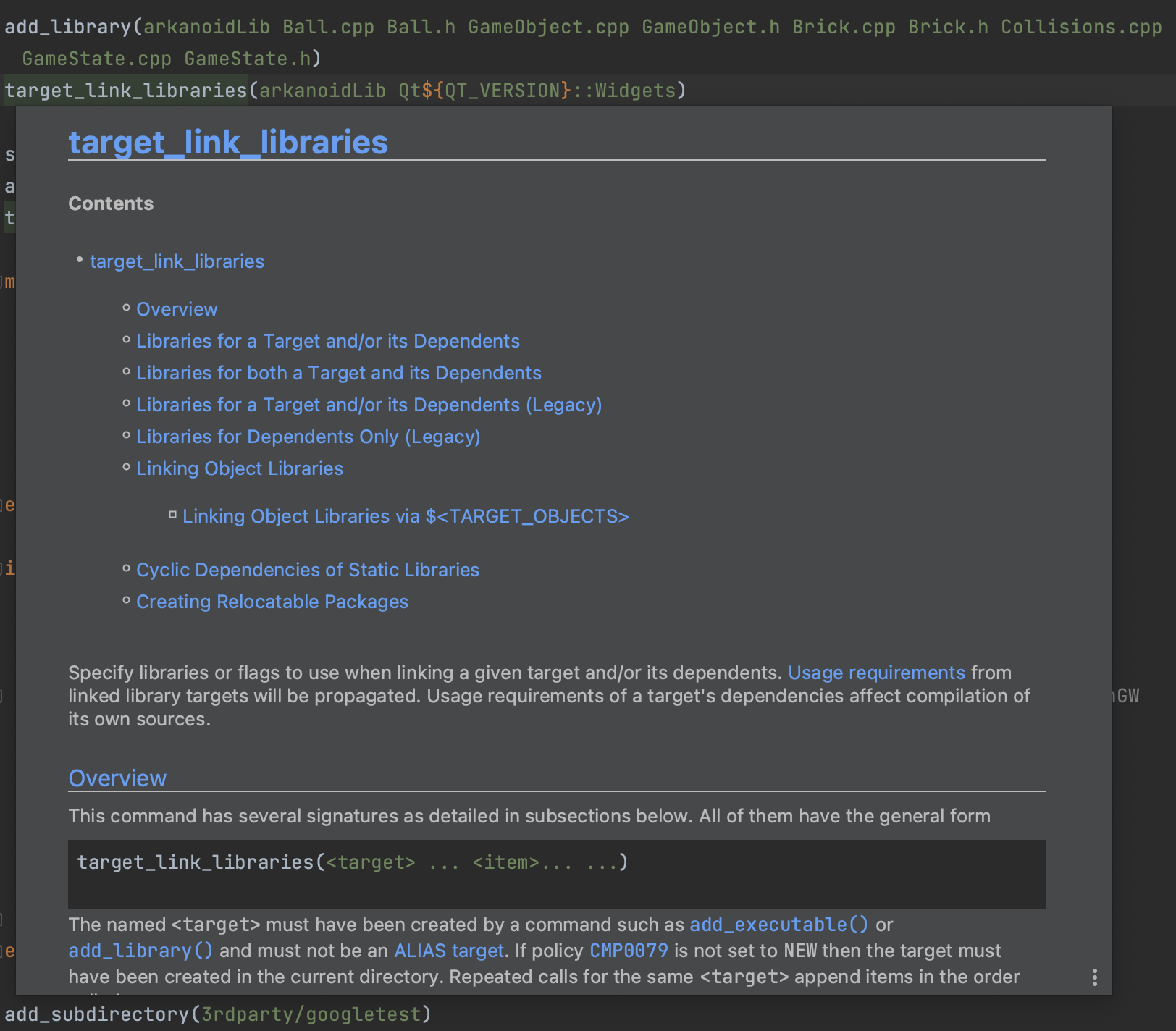 CLion’s implementation uses pre-generated HTML files with documentation, which are generated based on standard .rst documentation from CMake. That’s why the documentation is only available for the CMake version which is currently bundled into CLion.

Updates to the CMake cache viewer and options editor

Have you tried the new UI for setting CMake options in CLion? We encourage you to try it out and share your feedback with us. Many thanks to those who pointed out a few issues already! This EAP build addresses several issues in the new UI:

This build also includes fixes for the IDE freeze (CPP-26838) and an issue with incorrect navigation (CPP-27455).