Recently we’ve implemented a cleaner UI for cells in Datalore. Markdown cells, code cells, and their outputs are now easier to distinguish, and the play button and execution time are more findable located on the left of the cell.

Datalore has got a brand new syntax highlighter, which correctly recognizes all kinds of Python and Kotlin syntax constructs, as well as Jupyter magic commands. Both the light and dark color themes now match those in PyCharm.

However, if you prefer the old theme, simply switch to Classic inside the View menu tab. 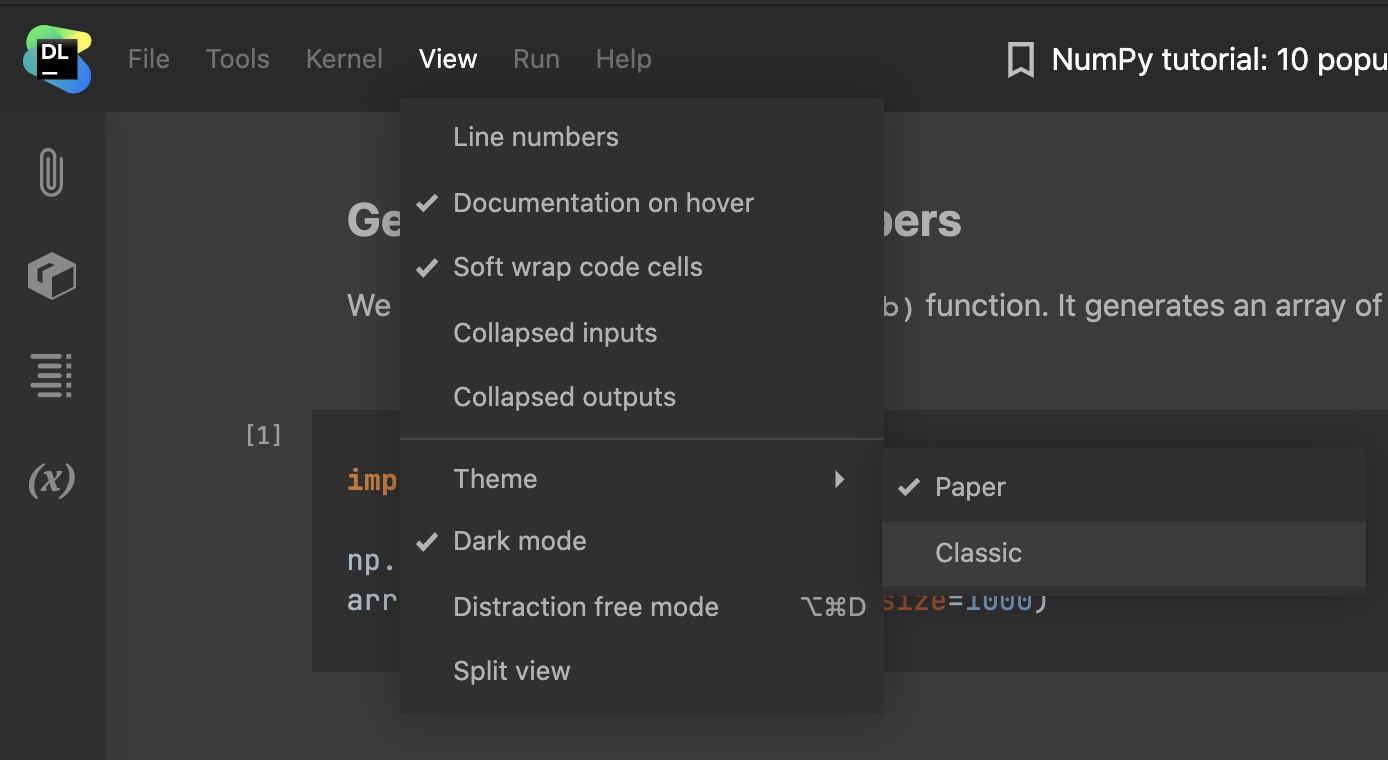 Recently we’ve added support for printing PDF and exporting .py files. This makes it much easier to present reports to your colleagues and professors and to continue working with .py scripts inside PyCharm. You can find both options in the File menu tab inside the editor.

Embed Datalore snippets on Medium, Reddit, Notion, and other websites

Last week, Datalore was registered as an Embedly provider. Now you can create embeds from published notebooks and integrate them into your Medium articles and other places, such as WordPress websites, Reddit, Notion, etc.

Just copy a link to the cell from the published notebook and paste it to your platform.

This April, we are posting short video tutorials and tips on pandas and NumPy libraries. Follow us on Twitter and take a look at the #HowToDatalore hashtag there.

This April we’ll be posting short tutorials for working with #pandas and #NumPy in Datalore.https://t.co/pubnsMHnVO is an online Jupyter notebook that helps you analyze data and prototype ML and DL models.

In the past few months, we’ve been working hard on improving the data exploration and collaboration workflows in Datalore. In this blog post, we’ll give you an overview of what’s new!

We talk and write a lot about sharing in Datalore as we truly believe in the collaborative nature of data workflows. Today we are happy to introduce a new feature for the result sharing workflow – publishing of Interactive reports.

What are the most common ways to query SQL databases from a Python notebook? They might include using Python SQL libraries such as PySQL or SQLAlchemy... We can now suggest a more effective method: combine native SQL cells and Python code in Datalore notebooks.