Like many people with very large Visual Studio projects, we in the ReSharper team wanted to get an overview of the 300+ project dependencies for ReSharper itself. Unfortunately, VS Ultimate gave us a representation that was rather difficult to interpret: 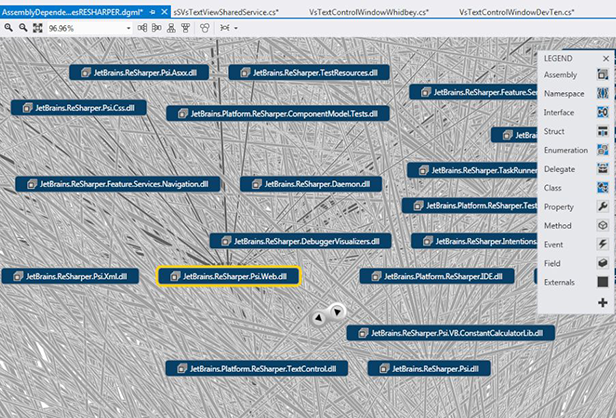 What we ended up doing is building our own tool for viewing project dependencies as well as comparing architectural snapshots as the solution continues to change and evolve.

Here’s how it works. First of all, with your solution open, go to ReSharper|Architecture|Build Architecture Graph:

ReSharper then goes through your solution and, without compiling anything, presents a dependency diagram of all the projects in the solution: 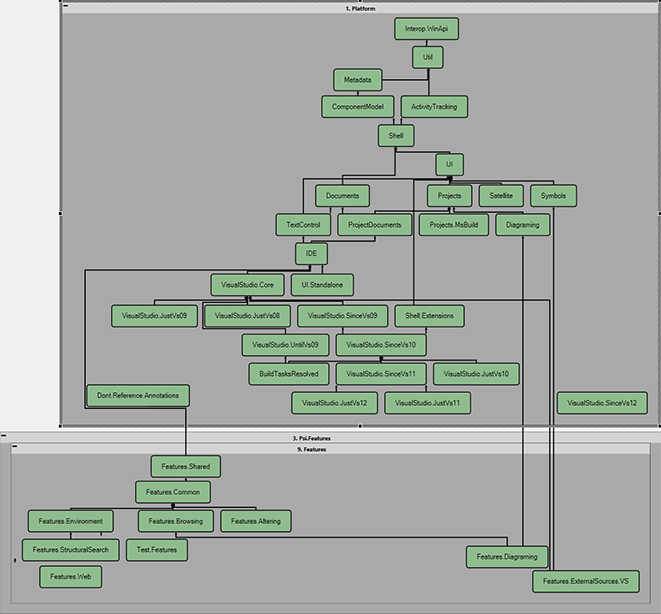 The great thing about the way R# does it is the fact that layout is calculated automatically to present an optimal illustration of dependencies between elements. ReSharper builds the dependency graph, and if the Show Code Metrics option is on (it is on by default) then reference analysis happens asynchronously — ReSharper analyzes the whole solution and indicates the strength of coupling between projects. This all happens on the background thread, so you can continue editing code, navigating etc. while ReSharper does its work.

The architecture diagram gets rendered for the scope you’ve selected in Solution Explorer: if you select just a folder with several projects, only those projects will be included. However, there is always a way to fine-tune which projects are represented by checking the appropriate boxes: 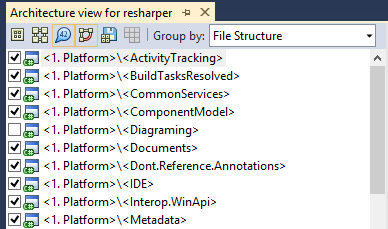 Ticking each of the boxes shows or hides the appropriate elements on the diagram. This allows us to instantly update the representation of connections between different subsystems as soon as they are checked or unchecked in the list on the left.

The toolbar shown above has several options for how information is presented on the graph. First of all, there are several ways of grouping information:

The ability to save architecture graphs to a file allows the user to look at the difference between the architectural layout of the solution as it continues to evolve. The following illustrates the changes that have been made to a solution: 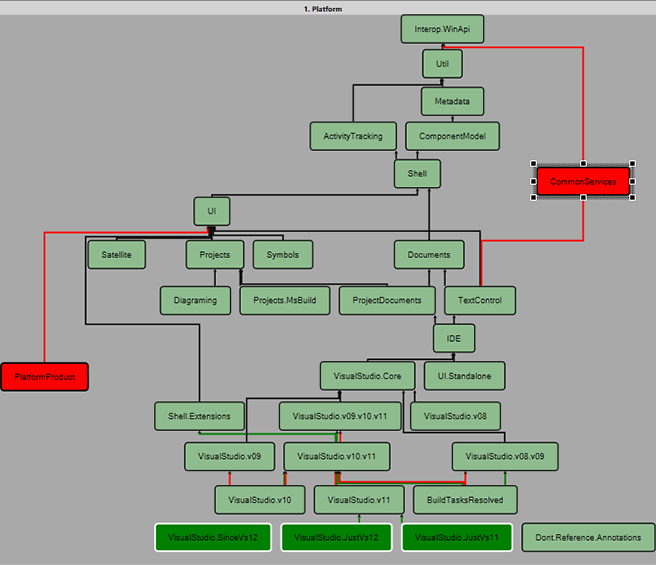 Lastly, keep in mind that project-level menus which can be invoked in Solution Explorer can be invoked on Architecture View nodes in the same manner: 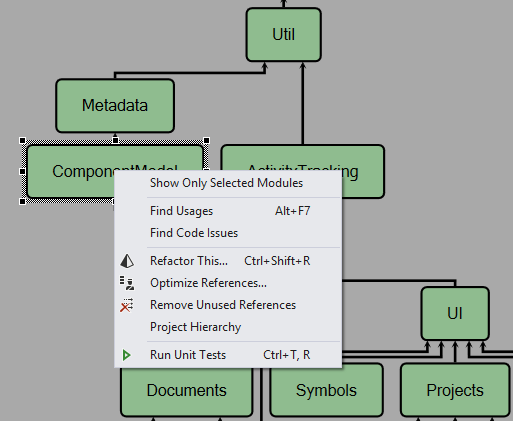 As always, we hope that you find this feature useful — it is already in the latest EAP, so if you want to see it today, you know what to do. Keep in mind that this is a very fresh tool that we’ve built, and one that we’ll be sure to augment with additional architecture-related features in future releases.