ReSharper Build is a brand new ReSharper 10 feature that originated from an internal tool that the team used to build ReSharper itself. ReSharper Build is an out-of-process incremental build tool that can take advantage of multiple processes, visualizes different kinds of project build status, and is optimized for large solutions with lots of dependencies. 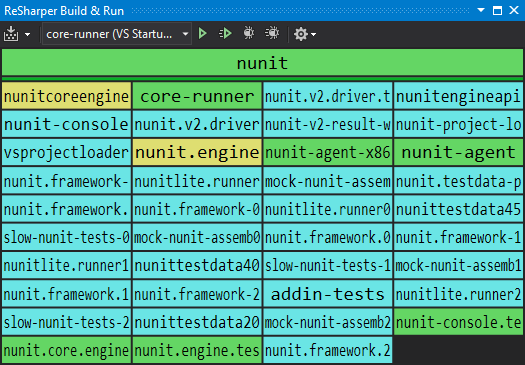 We’ll follow up shortly with a separate detailed blog post on the ins and outs of ReSharper Build.

ReSharper 10 EAP 3 comes with a set of changes aimed to simplify configuration of and complying with code style settings.

For example, inspection severity can now be configured right from the Alt+Enter menu, without using a modal window:

Find similar issues modal window is now used only for searching in a custom scope. All default scopes, such as solution, project and file, can be applied right from the ALt+Enter menu.

A part of code style settings can now also be configured without leaving the Alt+Enter menu:

Additionally, there are new code inspections with quick-fixes that detect explicit or implicit access modifiers for types and type members, let you use a pre-configured order of modifiers, and help you join or separate attributes in a section.

On another note, there are also changes related to TypeScript and JavaScript, such as improved TSX support (though still not final) and JSX support in plain .js files.

If there’s anything that this EAP build proves, it’s that you should never, ever lose hope. dotCover boosts its version to 4.0 and reveals a preview of Continuous Testing. 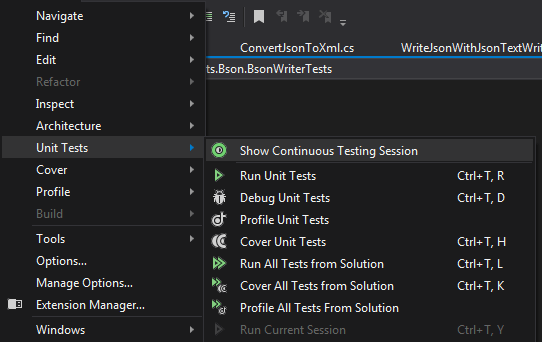 Following an initial code coverage analysis of your solution, dotCover then tracks your code changes, figures out which tests are affected by them, and then it can re-run the affected tests as soon as you hit Save, or use a different strategy of reacting to code changes. 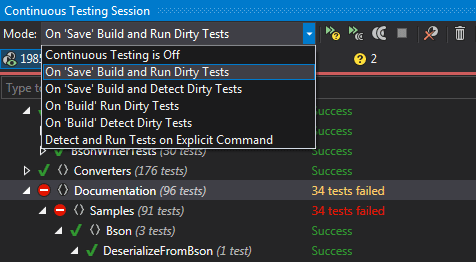 We’ll write more about the way Continuous Testing is implemented very soon. We know there’s quite a lot of ways to improve the feature but if you’re ready to try it out, please let us know of any issues you’ve had on your first approach.

In addition to a set of fixes, the new ReSharper C++ EAP build incorporates the following changes:

First of all, make sure you didn’t forget to actually download the new EAP build.