The scope of improvements in the recently launched ReSharper Ultimate 10.1 EAP is so huge that the communications just don’t catch up with the development team anymore.

In the first part of an overview of the latest ReSharper Ultimate, we talked about an array of new context actions, refactorings, code inspections and quick-fixes.

This part 2 is less centered around C# support and lists more prominent improvements across languages supported by ReSharper, as well as considerable updates to other ReSharper Ultimate products: ReSharper C++, dotTrace and dotPeek.

Smart Paste is a new feature that ensures the right escaping in string literals that you copy/paste around your code.

For example, you can copy a piece of text or XML that contains double quotes, paste it into a string literal in C#, and have ReSharper automatically escape all the quotes.

This also works when you’re pasting a piece of C# code into an XML doc tag: Smart Paste will escape any generics and lambda syntax, as well as logical operators and anything else that is fine in C# but not allowed in XML values.

Other things that ReSharper can escape for you include file paths and line breaks.

The feature works in C#, VB.NET, JavaScript, XML, XAML and HTML files, making sure to respect the different ways of escaping illegal characters that are used in different contexts.

ReSharper 10.1 is expanding its technology reach by supporting JSON files and schemas in all supported versions of Visual Studio (2010-2015).

JSON and JSON schema support currently ranges from things as basic as syntax highlighting in older Visual Studio versions, to more sophisticated features like formatting and rearranging (for example, you can move object properties or arbitrary selections around), code inspections and quick-fixes, as well as code completion that is aware of schemas, paths, regular expressions and packages. 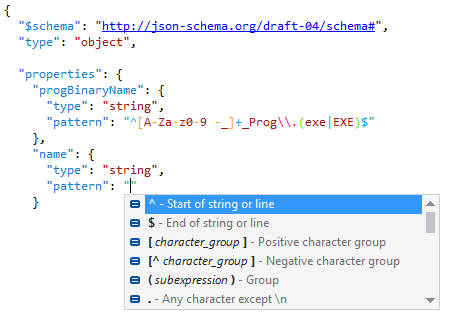 ReSharper 10.1 brings initial support for experimental JavaScript syntax constructs that are projected to be part of ECMAScript 7. These include comprehensions, decorators, class properties, exponentiation operator, rest and spread properties for object literals.

In terms of TypeScript, ReSharper 10.1 EAP is highlighted by:

Other notable changes in ReSharper 10.1 EAP 1 include:

Here’s the (presumably) full list of fixes in ReSharper 10.1 EAP 1.

ReSharper C++ 10.1 introduces the long-awaited navigation view: the To-do Explorer, which lets you view, group and filter comments that contain one of the 3 default to-do patterns (Bug, Todo and Not Implemented) and any custom patterns that you might want to set up.

If you use the full ReSharper Ultimate license and you have a multilingual solution, the To-do Explorer will gather to-do items from all supported languages: C#, VB.NET, C++, JavaScript, XAML, HTML etc.

An array of new context actions and quick-fixes

In most cases whenever there’s a code inspection, one or several quick-fixes should be available to alleviate a detected problem. With that in mind, ReSharper C++ 10.1 adds quick-fixes to some of its existing code inspections. Examples include:

Other notable changes in ReSharper C++ 10.1 EAP 1 include:

This update finally learns to show extension methods being called like instance methods, which makes for much more readable code. 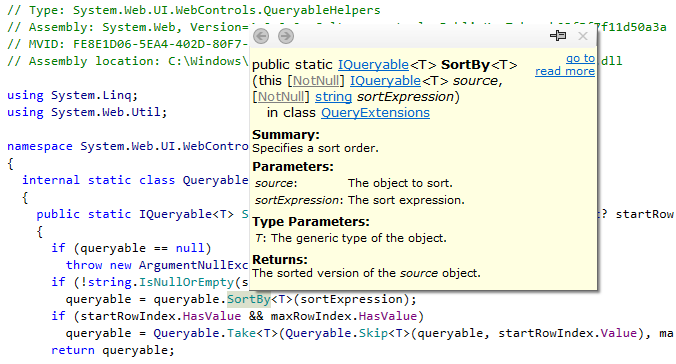 You’ll notice from the screenshot above that dotPeek will only show extension methods as an instance method call if it is valid to do so. That is, QueryExtensions.SortBy is shown as an instance method call, but Queryable.Take and Queryable.Skip are shown as static methods, because there are other Take and Skip methods in scope that would make showing these as instance calls ambiguous.

As this change belongs to the decompiler core, it should apply in ReSharper’s integrated decompilation functionality as well. 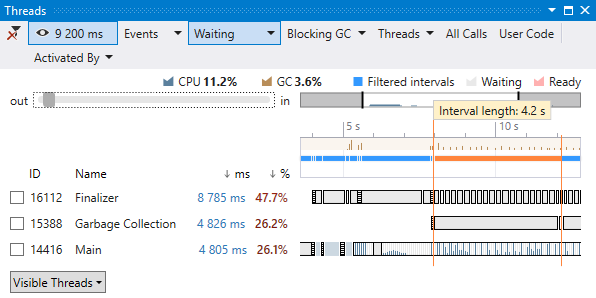 Before dotTrace 10.1, the main drawback of the integrated viewer compared to its standalone counterpart was the absence of the Threads diagram. This update removes the drawback: the integrated viewer gets exactly the same diagram, which you can now use to select threads, time range, and of course, view thread activity and filtered time intervals.

dotTrace console utilities also get their portion of improvements. The reporter.exe tool used to get performance data from snapshots (e.g., for profiling automation and CI) now puts additional data in its XML reports. If you build a report with the /add_process_info option switched on, the report will include a path to the executable of the process that was profiled. This can be extremely helpful when profiling applications with multiple child processes.

There is also a number of minor improvements, such as updated colors in Timeline Viewer tables (it’s now easier to distinguish between table item states), and a more convenient grouping of snapshots in dotTrace Home.

As of ReSharper Ultimate 10.1 EAP build 1, dotMemory and dotCover don’t include any significant updates apart from bug fixes.

Experiencing issues with the EAP? Please report them to issue trackers of affected products. Here are links to issue trackers that you can use to report or track issues: ReSharper, ReSharper C++, dotTrace, dotCover, dotMemory, dotPeek.