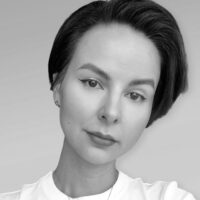 The next Early Access Program (EAP) for ReSharper version 2023.1 is right around the corner, which means it’s high time to let you in on what we’ll be working on in the coming months.

This roadmap is just a preliminary plan and it may be adjusted depending on our priorities and resources as well as changes in the .NET space. Some features and fixes may have to be postponed to a later release date.

With that in mind, let’s dive in!

About a year ago we ran a survey among new ReSharper users and discovered that many developers were confused by ReSharper’s approach to keyboard shortcuts. We studied the list of issues users reported to us and condensed it down to 3 major areas:

UX/UI improvements. A number of shortcut-related dialogs and settings will be redesigned and updated to be more precise, avoid confusion, and help users get ReSharper to do exactly what they want it to do.

You can follow the progress on this by watching this item on our issue tracker.

If you’re just as invested in taking ReSharper out-of-process as our team is, make sure to check out this blog post with an in-depth look at our progress on this mammoth task.

With our next release, we’ll be moving away from ReSharper’s current built-in spellchecker in favor of a more advanced tool – JetBrains Grazie.

Grazie is a highly rated intelligent spelling and grammar checker that supports over 20 languages and catches natural language errors within programming languages (Python, Java, and others), markup languages (Markdown, HTML, XML, and others), comments, and commit messages. Over the course of this release cycle, we’ll be working on extending Grazie support to C#, VB.NET, XAML, making this powerful plugin an integral part of your development with ReSharper.

We’re planning to implement the highly-requested “Create unit test” dialogue in ReSharper. This feature will allow you to automate the creation of unit tests for classes and test methods. Instead of having to create a bunch of boilerplate code, you’ll be able to call up a dialogue where you will only need to specify the relevant attributes and target framework, and the classes and stubs will be generated automatically, similarly to how it works in IntelliJ IDEA.

We’re on track to finalize the infrastructure supporting the ability to switch ReSharper’s language. We’re planning to start the localization with Simplified Chinese, Japanese, and Korean, with many more languages to follow later.

Starting with the 2023.1 release, we’ll embark on a lengthy journey to improve ReSharper’s interface and user experience. The overarching goal is to improve feature discoverability, make the user experience more intuitive, and bring the look of ReSharper in line with the latest design guidelines for Windows OS.

For the past several weeks we’ve been researching the types of web projects ReSharper is most commonly used for, so that we can focus our efforts on improving the corresponding workflows. For our next release, we’ll be dedicating most of our attention to supporting backend development (ASP.NET Core, WebApi, MVC, Minimal API), full-stack C# web projects, and client SPA applications.

We’re working on the user experience of updating ReSharper. Currently, whenever a new update becomes available, you see a pop-up notification offering you the option to either install or skip the update. The pop-up, however, contains no information on the feature set or fixes the update contains. We’re planning to correct that so you can make a more informed decision.

The first installment of ReSharper’s Early Access Program (EAP) for version 2023.1 is about to be released! It’s an excellent opportunity to get access to the latest improvements and provide early feedback. Let us know which features and changes you’re looking forward to the most in the comments section below or on our social media.