If you’ve been following our recent news, you probably know that for the last three months we’ve been working on GoLand 2018.1 – the next major update of your beloved IDE. During the last two months, the update has been available for early preview with our EAP program. Today, with most of the work finished, we’re happy to announce a public preview of the upcoming update. What does it mean? That from today we’re no longer working on changes and focusing on bug-fixes. It also means the update is ready for mass preview. You’re very welcome to download it and share your feedback with us through our issue tracker. Those of you who use Toolbox App will find the update available there. If you’re curious about what the major changes in the update, read the rest of this post below, and share it with your friends! 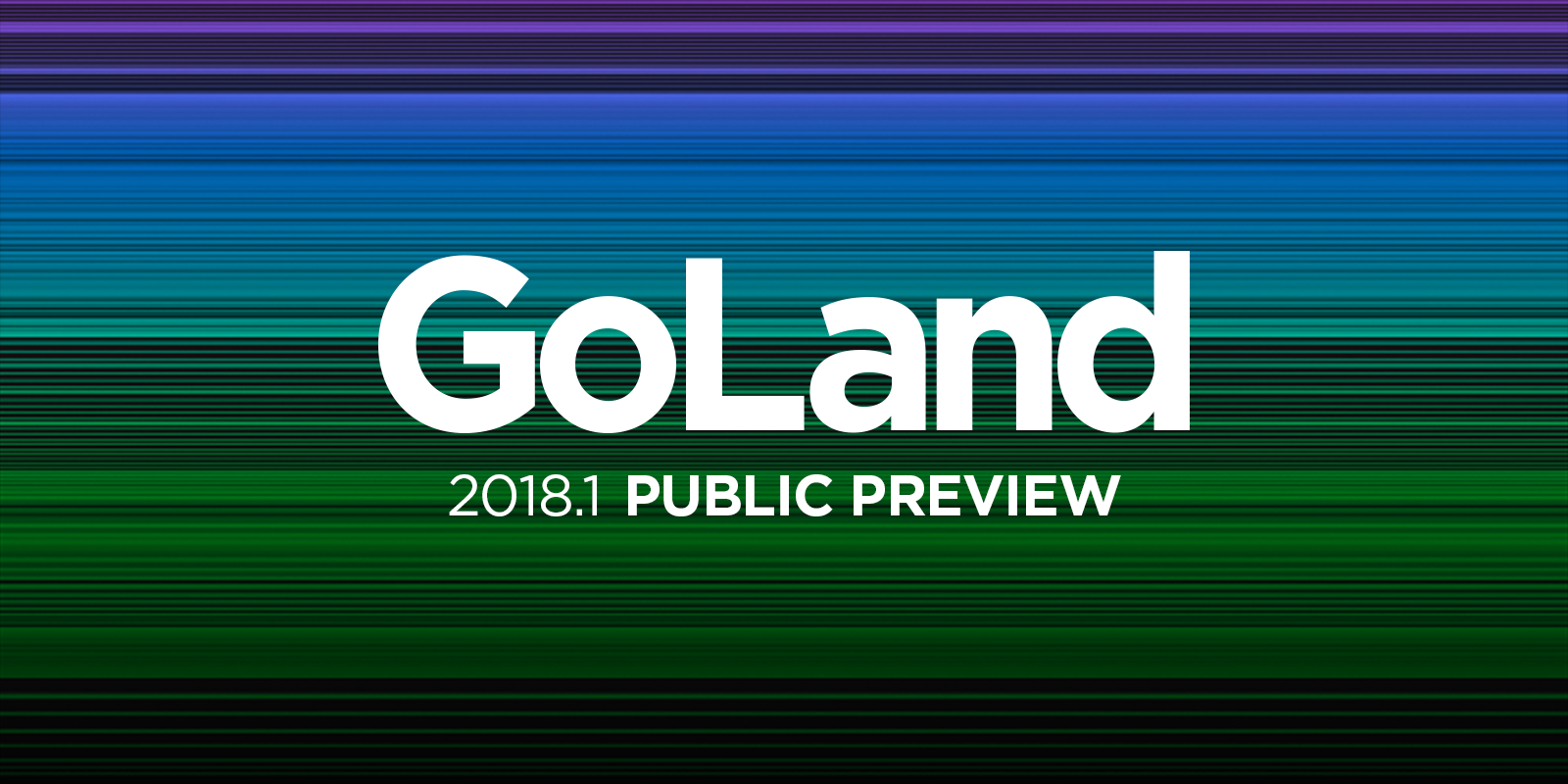 In the update, we’ve added the Move refactoring. This refactoring allows you quickly move any top-level member to another file:

The name suggestion algorithm used by Extract Variable, is now aware of the context and avoids name collisions.

The Rename refactoring (as well as Find Usages) for global symbols is now much faster.

A bool expression suggested by code completion can now be selected and negated at the same time by pressing “!”:

If the caret stays on the right-hand side of a return statement inside a function, the code completion now suggests the default values corresponding to the return type of the function:

There’s a number of new intentions added to the update, e.g. Flip for binary expressions, and Negate recursively and Negate for boolean expressions:

In addition to Negate, for an if statement, you now can use Invert:

Here’s a list of some other improvements that will make your life much easier:

If you didn’t try them earlier, Scratch Files, mentioned above, offer a “Go Playground”-like editing session with full IDE support. In this update, they were also improved.

First, a Scratch File, created from a Go code selection, now automatically gets all proper import statements.
Second, Scratch Files are now created from the predefined templates that can be customized in Settings | Editor | File and Code Templates.

The update now allows you to attach the Debugger to locally running processes. To do that, the only thing you have to do is clicking Run in the main menu and choose Attach to Local Process:

The IDE will prompt you to select a process to debug:

Once the process is selected, it will open the Debugger tool window and be ready to stop at breakpoints.

The other major news is that the update has support for dep, the official experimental dependency management tool.

If you import an existing dep project, the IDE will detect dep and will prompt you to enable dep integration.

When you work with a dep project and open a file that has an unresolved import statement, the IDE will offer a quick-fix that runs dep ensure:

The coding assistance provided by the IDE has been updated to fully support all the Go 1.10 features.

The Code Style settings have some new options: Use back quotes for imports, Add parentheses for a single import, and Add leading space to comments.

Some more major news about the update is that it now finally supports partial Git commits.

Now you can choose which individual changes within a file to commit:

You can assign these individual changes within a file to different Changesets. To do this, click the change marker on the Gutter (the left-hand pane of the editor):

When you’re doing a rebase, there are now the new Abort Rebase, Continue Rebase, and Skip Commit actions available in the Git Branches popup.

Finally, the VCS tool window now allows you to group the changes by the repositories.

The Replace in Path popup now previews replacements even if a regular expression is used.

Now any folder in the Project tool window can be easily opened in the Terminal tool window. The action is called Open in Terminal.

To improve the IDE performance, the update allows you to limit the indexing scope for your project, e.g. to avoid indexing an entire GOPATH.

The support of the frontend-related technologies such as TypeScript and JavaScript have got a lot better thanks to the efforts of the WebStorm team.

Here’s a brief list of the most notable changes:

For more details on these changes, take a look at the WebStorm 2018.1 page.

Last but not least, the update offers a brand new plugin for Kubernetes:

For more details on how the plugin works, read the corresponding blog post in the IntelliJ IDEA blog.

For a more complete list of changes in the update, refer to the GoLand 2018.1 page on our website.

That’s quite a list. Hope you’ve found at least one thing important or useful for yourself. If not, let us know what you’re missing or would like to have.

If you come across a bug, make sure to report it to our issue tracker. This will greatly help us make the release better.

Finally, the public preview is available for download on the website as well as with Toolbox App.