You already may be familiar with the Mark Object (F11) functionality available in IntelliJ IDEA‘s debugger. The feature allows tagging an arbitrary object with a colored text label. After an object is assigned a label, it becomes visible everywhere the object is displayed (Watches, Variables View, Evaluation Window etc.).

In IntelliJ IDEA 10 the feature has been extended and now you can reference marked object in debugger’s expressions by the label.

In Evaluation dialog, Watches panel or breakpoint condition field a marked object can be referenced as if a local variable named <label-name>_DebugLabel was defined in the same context where the expression is evaluated. Such pseudo-variables are also suggested in completion popups. See examples below. 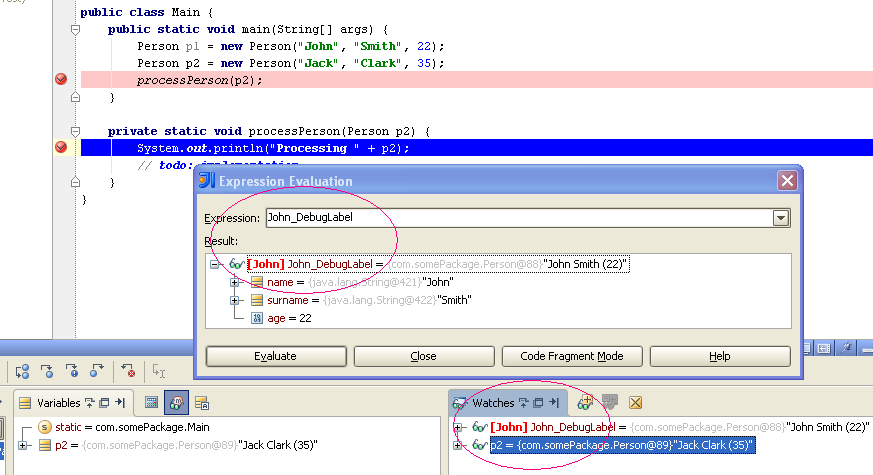 This extended functionality allows you to lookup a marked object even if it is not available from the current debugger’s context and adds extra expressiveness and flexibility to a user-defined breakpoint conditions and evaluated expressions.

The feature will be available in the next IntelliJ IDEA 10 EAP build. Stay tuned!