Yesterday we ran a live webinar on Java 10 features and how to use them, particularly in IntelliJ IDEA (of course).  The recording is now available for you to view.

During this webinar we look at:

The key points are covered in the first ten minutes of the video, but if you want a deeper view of good and bad places to use var, carry on watching – we cover most of the points mentioned in the LVTI style guide, and then spend plenty of time answering your questions.
About 45 minutes in, we also show, very briefly, a couple of the nice new API additions in Java 10, specifically List.copyOf and Collectors.toUnmodifiableList().
There were some questions that could not be answered during the recording, and some that benefit from either a deeper dive or that work better in a blog post (for example because we can include links or code). Here they are:
Are there any performance implications of using var?
During the webinar we suggested “probably not”.  This blog post by Nicolai Parlog not only does a good job of covering the feature, but also shows that var is only at the compiler level, and that decompiling a class that contained var will give you all the original types as you expect.
So short answer: no.
So var is broadly comparable to C++ auto?
Yes, pretty much.
Can you use instanceof or perform explicit casting with var?
Yes, this works the way you’d expect.  Check out the following examples run via the REPL (JShell):


Can you declare var without initializing it?
No.
For example:

Does var keyword work with primitives also?
Yes, but there’s not much point, mostly because you don’t save yourself a lot of boilerplate (int vs var, for example). Also see guideline 7, this shows some cases where you might get unexpected results from using var with literals.
Why only var and not var/val?
The community was asked, and the short version is that while more people liked var/val or var/let over just var, more people also hated var/val or var/let more than just var (see more info here). It was the pragmatic choice.
Does anyone know the fate of JAX-B with Java 10 and beyond?
The Java EE modules were deprecated in Java 9, this includes JAXB.  The current plan is to remove them in Java 11.  This means that if you’re dependent upon JAXB, you need to make sure you’re including a dependency on an external version (e.g. from Maven Central), not the versions that come bundled as part of Java SE. Ideally make this move before you adopt Java 11 so the transition is easier.
What’s coming in Java 11?
The roadmap may not be complete yet, but you can see it on the OpenJDK site.
The code that is used in the presentation, is it available for the general public?
Yep, it’s here, specifically Java10Inspections.
In summary, the most useful links are:
#2018.1 #java 10 #Local-Variable Type Inference 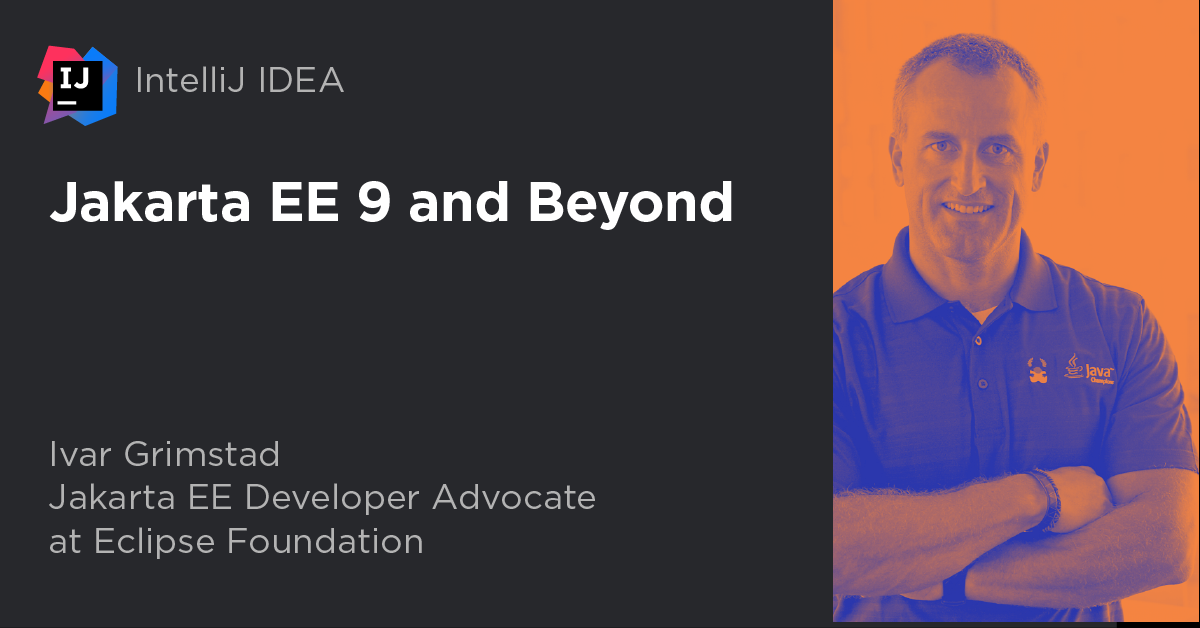 Webinar: Jakarta EE 9 and Beyond

On August 20, 2020, we hosted a live webinar on 'Jakarta EE 9 and Beyond' by Ivar Grimstad, Jakarta EE Developer Advocate at Eclipse Foundation. This session combined an overview of Jakarta EE with live demos. You can develop your enterprise applications with IntelliJ IDEA Ultimate using Jakarta EE. IntelliJ IDEA Ultimate supports all Jakarta EE features, including CDI, JPA, Batch, Bean Validation, JSF, JAX-RS, WebSocket, Servlets, JSP, JSON-P, JSON-B, Security, and EJB and JTA specifications. Session details Ivar started the session with an overview of Jakarta EE, explaining what it is, its
Posted on September 9, 2020 by Mala Gupta

JetBrains aims to make our products more accessible and easier to use for Asian markets. We’re localizing IntelliJ-based products into Chinese, Korean, and Japanese and are currently looking for localization QA engineers. Let us briefly describe the positions that are currently being advertised on our website. Our products have English as the source language and we hope that the new members of the IntelliJ IDEA team, being native or near-native speakers of the Simplified Chinese / Japanese / Korean languages, will help our localized products fit the needs of our users better and lower cultura
Posted on September 7, 2020 by Julia Alexandrova
Subscribe