The fresh IntelliJ IDEA 2018.3 EAP build that we have released today comes with the ability to disable formatting for groups of files, new Java inspections, improvements in VCS, and more. You can download it right now from the website, via Toolbox App, or update to it from the IDE. Let’s take a closer look at all these improvements.

In the upcoming IntelliJ IDEA 2018.3, you can now lock certain files from formatting, imports optimization, and code rearrangement, actually from any operations where formatting is involved, explicitly or implicitly.

You can add files to a scope which should not be formatted using the Preferences/ Settings| Editor | Code Style “Formatter Control” tab. 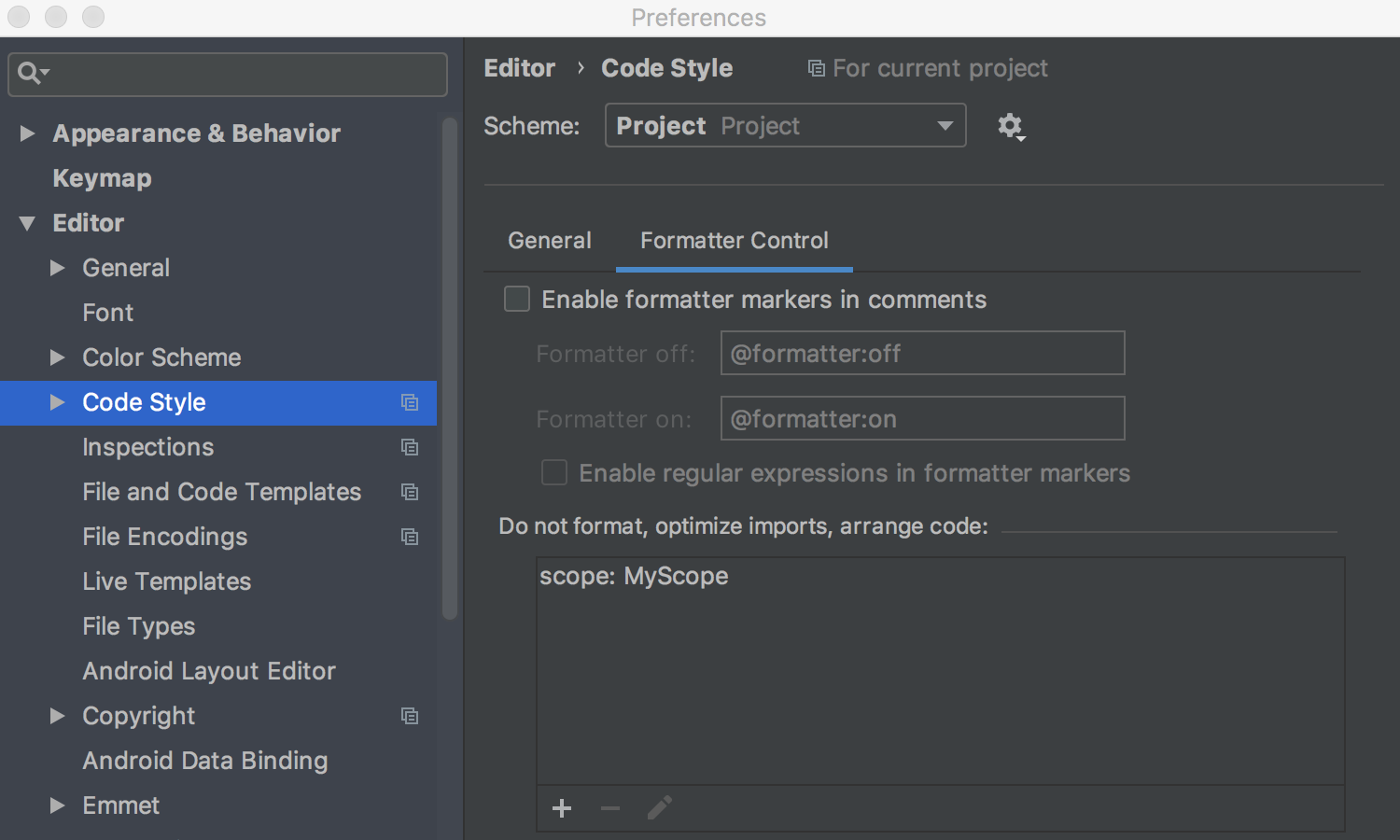 If you want protection from formatting any java files whose names end with “Test”, you can create a scope with the following pattern.

If then you try reformatting on files with disabled formatting, the IDE will give you a notification with the “Show settings…” action link which navigates you to the “Formatter Control” tab of Preferences/ Settings|Editor|Code Style. The same applies to selected fragments of code.

Files in selected scopes will be also skipped when formatting is invoked on multiple files including “Reformat on commit” in the VCS dialog.

By the way, you can now navigate between editor tabs via a shortcut ( tab1, tab2, tab3…tab9 or just straight to the last tab). Note that there are no default shortcuts for these actions, but you can assign your own shortcuts in the Preferences / Settings | Keymap | Other.

The IDE will detect cases where arguments of methods have the same value when it doesn’t make any sense. The reported methods include Math.min, Math.max, String.replace. This is part of our data flow analysis, so not only simple cases like Math.min(a, a) are ported, but also more complicated cases like if(a == 100) return Math.max(a, 100);

Sometimes if you have two or more conditions, the first one will be redundant, because the second one covers all the cases covered by the first one. A classic example is “obj != null && obj instanceof String” where the instanceof check already implies non-nullity. Before this was reported in a pattern-based inspection called the “Unnecessary ‘null’ check before the ‘instanceof’ expression or call”. Now we have created a data flow based inspection called “Condition is covered by further condition” which generalizes the problem. For example, the first check in “val != -1 && val > 0” is also unnecessary as it’s covered by the second check. Now it’s marked as redundant and can be removed via a quick-fix.

The new “Condition is covered by further condition” inspection also has an extra relation check between three variables which can be deduced from the transitivity:

The upcoming IntelliJ IDEA 2018.3, displays the branch you are committing the files to right inside the Commit dialog. This has been implemented for Git, Mercurial, and SVN.

Last but not least, we now support OpenShift Origin (V3).

The seventh EAP build for IntelliJ IDEA 2022.2 is live! Take part in our Early Access Program to preview the quality improvements designed to make your remote development experience with IntelliJ IDEA sleeker and more stable. You can get the latest build from our website, through the free Toolbox App, or via snaps for Ubuntu. We encourage you to share your thoughts and suggestions with us in the comments.  New to remote development?  Remote development was released last year as beta functionality in IntelliJ IDEA Ultimate. In essence, it splits your IDE into local and rem