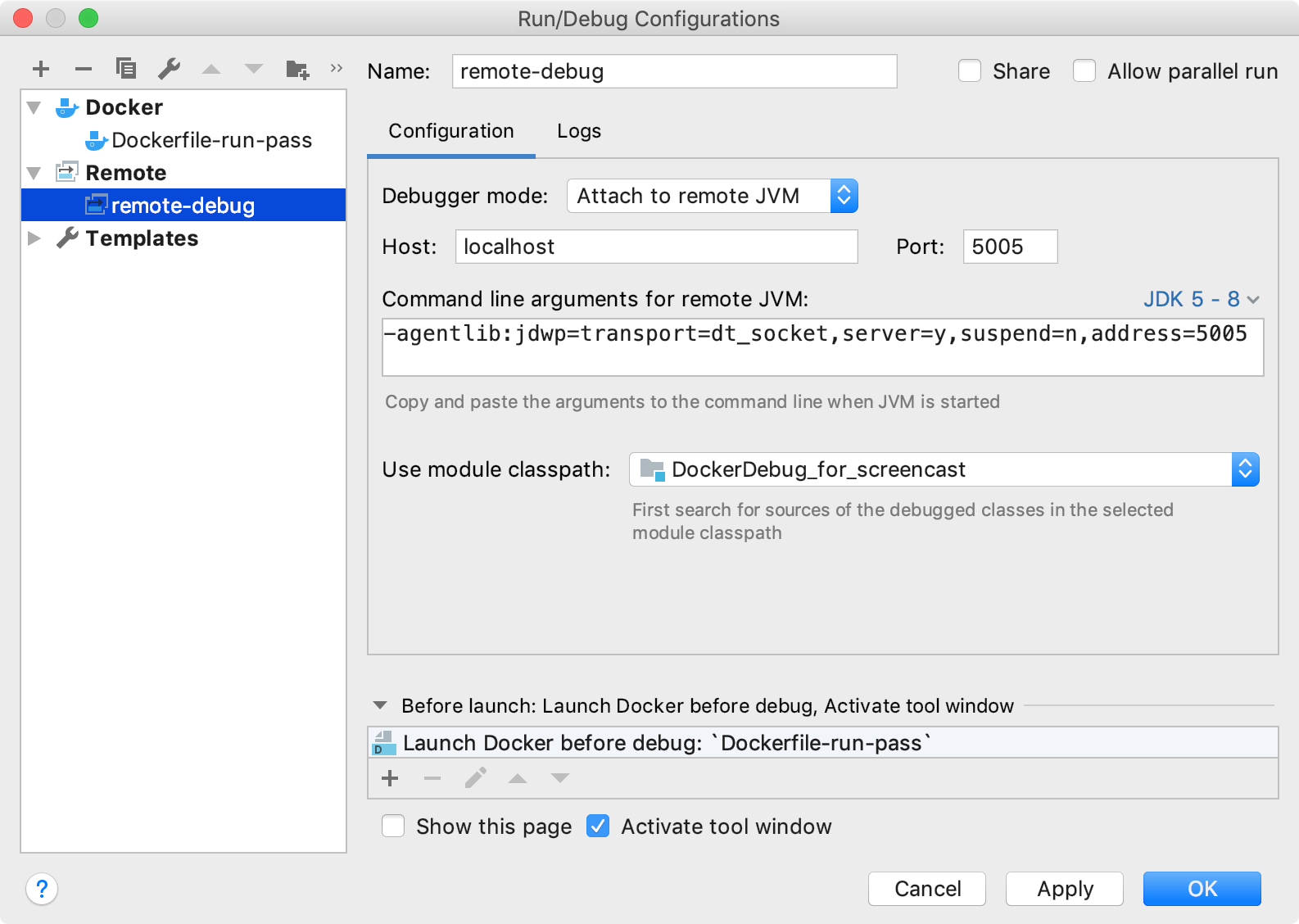 This can be used for any type of Docker run configuration: whether it is based on a built Docker image, a Dockerfile, or a Docker Compose file. For more information about remote debugging in a Docker container and tutorials with examples, see the IntelliJ IDEA documentation.

This improvement enhances the Docker integration for developers who often utilize containers in their workflow. It is available in IntelliJ IDEA Ultimate Edition starting from version 2019.1.

NOTE: Remote debugging in Docker containers is currently implemented for Java 8 and earlier versions. Support for Java 9+ will be added in the nearest future.

Let us know what you think about this feature in the comments below. If you have suggestions for improvement, file a ticket in YouTrack.