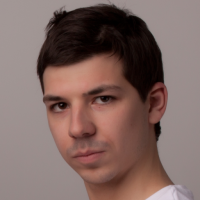 We are happy to present a new release of our plugin for Eclipse. Along with support for Kotlin 1.0.2 compiler, this update brings very important features and improvements.

The code formatting feature was rebuilt in this release. Instead of our first naive implementation, we have mostly managed to port the advanced formatter from the Kotlin IntelliJ Idea plugin into Eclipse. This means that a lot of fixes are already there and upcoming improvements will be picked up automatically!

New line auto-indent also benefited from this code reuse and its behavior is now much smarter and more predictable.

It was possible to add missing classes imports one-by-one with a quick-fix since 0.1.0 version, and now we’ve improved on that by introducing the Organize Imports feature. It will clean unused imports, add missing imports for classes used in the file and resort them.

Our completion got several fixes in prioritizing variants and is now far more usable. Also, not-imported classes are now suggested in completion popup at once and will be inserted together with the corresponding import.

Several quick-fixes about missing or illegal modifiers were added:

Please give it a try.

If you run into any problems or encounter missing features, please don’t hesitate to share your feedback here or file an issue in YouTrack.