Here is what you’ll get by installing the new plugin:

Auto-update to this new release

IntelliJ IDEA will give you the option to automatically update to the new release once it is out.

If you are not yet an IntelliJ IDEA user, you can download the newest version and it will already come bundled with the latest Kotlin plugin.

Sometimes writing code may not be as much fun as it could be, especially if you need to wait for the IDE to highlight your code and help you with completion. Our goal is to make code highlighting and completion seamless for you.

Based on our tests, highlighting speed has improved by about 25% and code completion is now more than 50% faster, which brings it much closer to the performance level offered for Java.

Note that these numbers are just based on our tests. The improvements in your actual projects may not be as significant as our tests show, but you should notice much better performance. 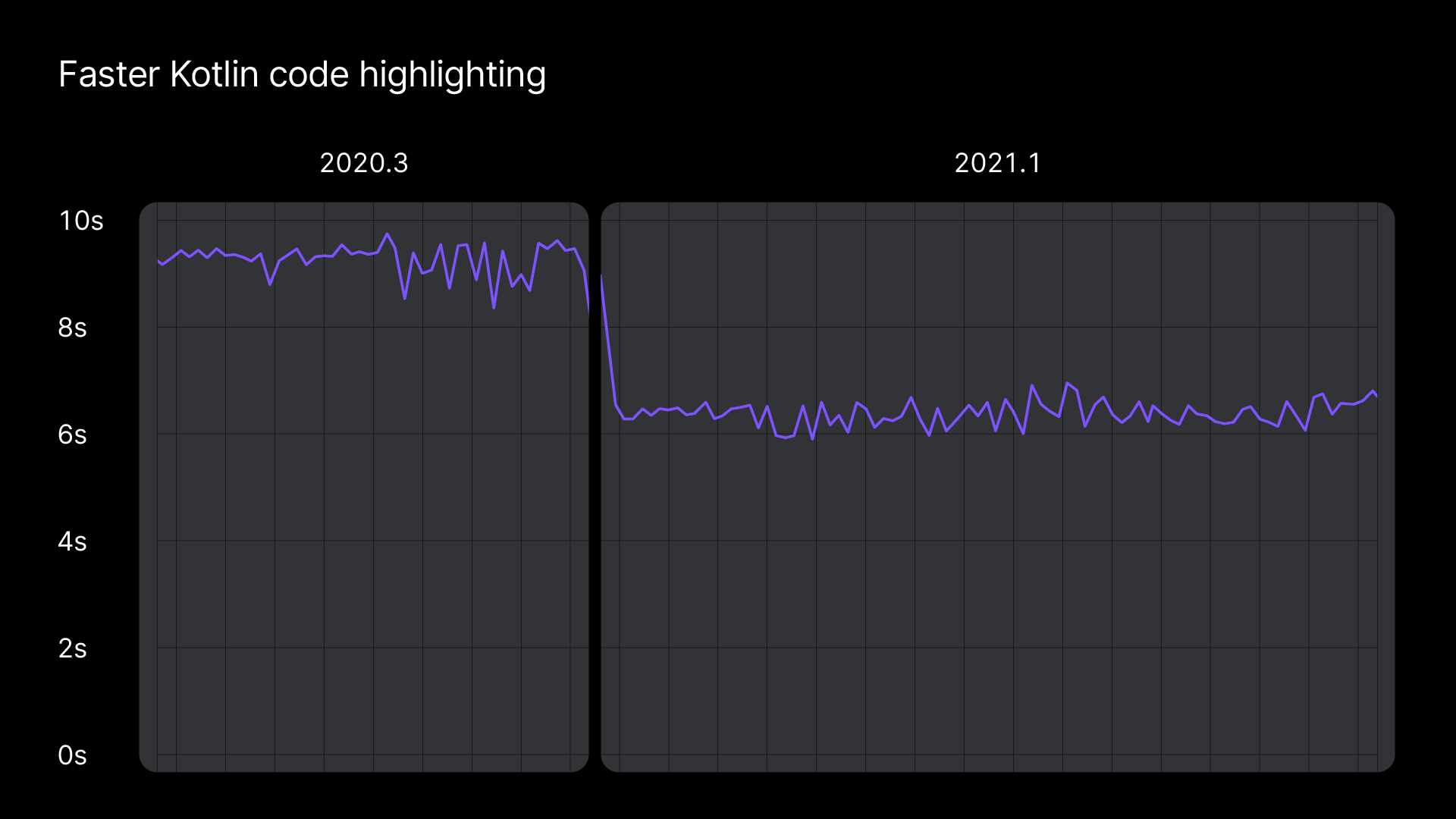 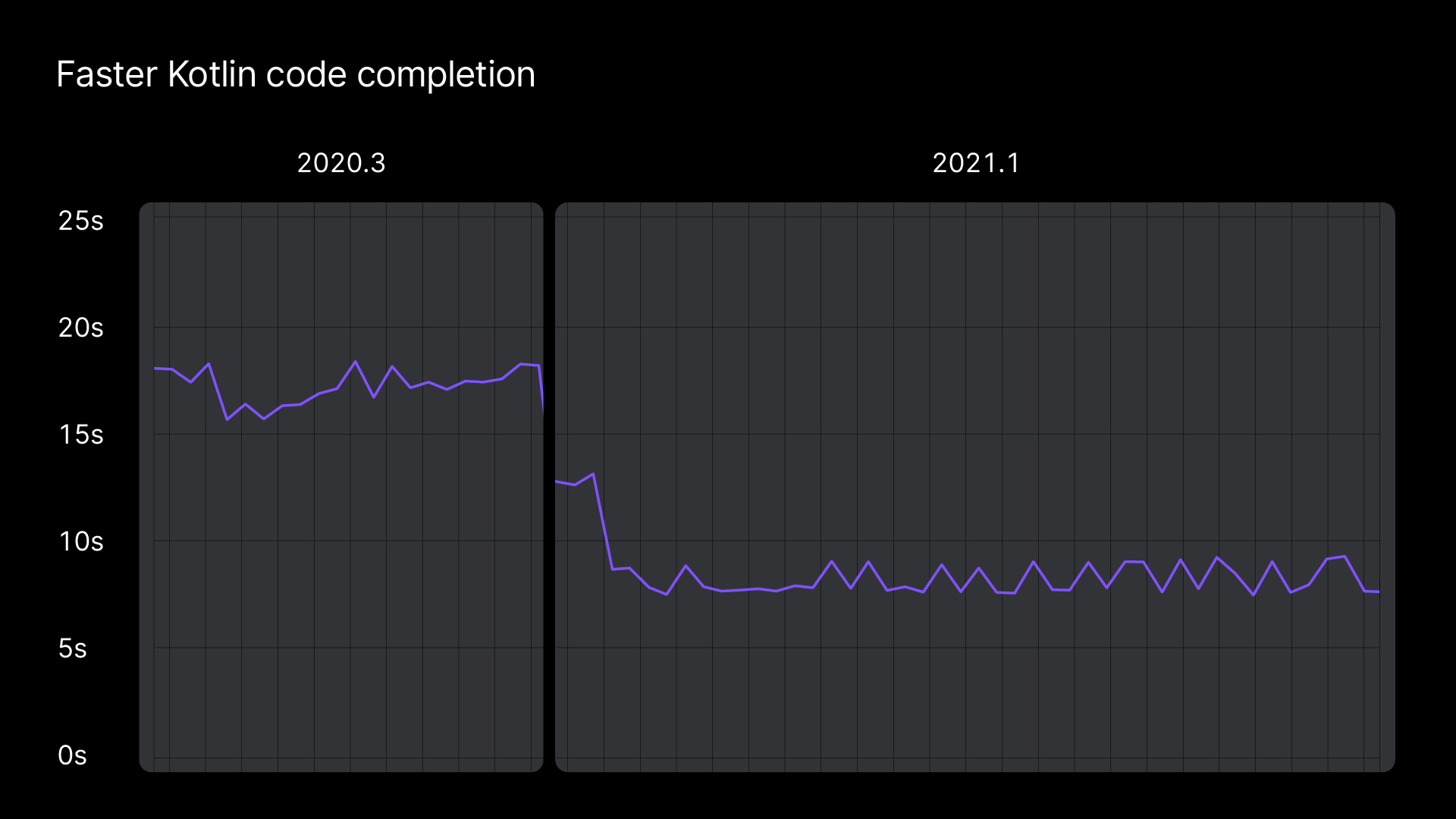 If you’ve used the Change Signature refactoring in previous versions of the Kotlin plugin, you may have encountered issues and limitations, as well as a lack of visibility regarding what went wrong in those cases.

Update to the new Kotlin plugin to reap the benefits of more than 40 bug fixes and improvements to the Change Signature refactoring.

Here are some of the most important improvements:

Based on our research, the debugging experience for Kotlin requires significant improvements to deliver a better developer experience, and we already have a number of plans in the works to provide them.

This release provides a small but important improvement for evaluating properties in the Variables view.

Previously, during a debug session, you could only see the properties that didn’t have a custom getter and those with a backing field. Properties with a custom getter didn’t appear because they are represented as regular methods on the JVM. In version 2021.1 of the Kotlin plugin, you can see all such properties and evaluate them on demand by clicking on get() near the property name.

For example, when debugging the following code, you can execute the get() method to see the versionString value:

In the Debug window, you can see the values of the properties:

We would greatly appreciate it if you could try this feature out and provide your feedback in this ticket or as comments to this blog post.

Use code completion for type arguments

The new Kotlin plugin can now complete code for type arguments. Previously, you had to write this code manually without the benefit of the IDE’s assistance features.

In the following example, the IDE automatically adds the <String>() type:

After you apply the IDE’s suggestion, you’ll get the following code:

Review the structure of your Kotlin code with class diagrams

With the new release, you can review the structure of your Kotlin code via UML Class diagrams. To build a diagram, select Diagrams | Show Diagram… | Kotlin Classes in the Project View. 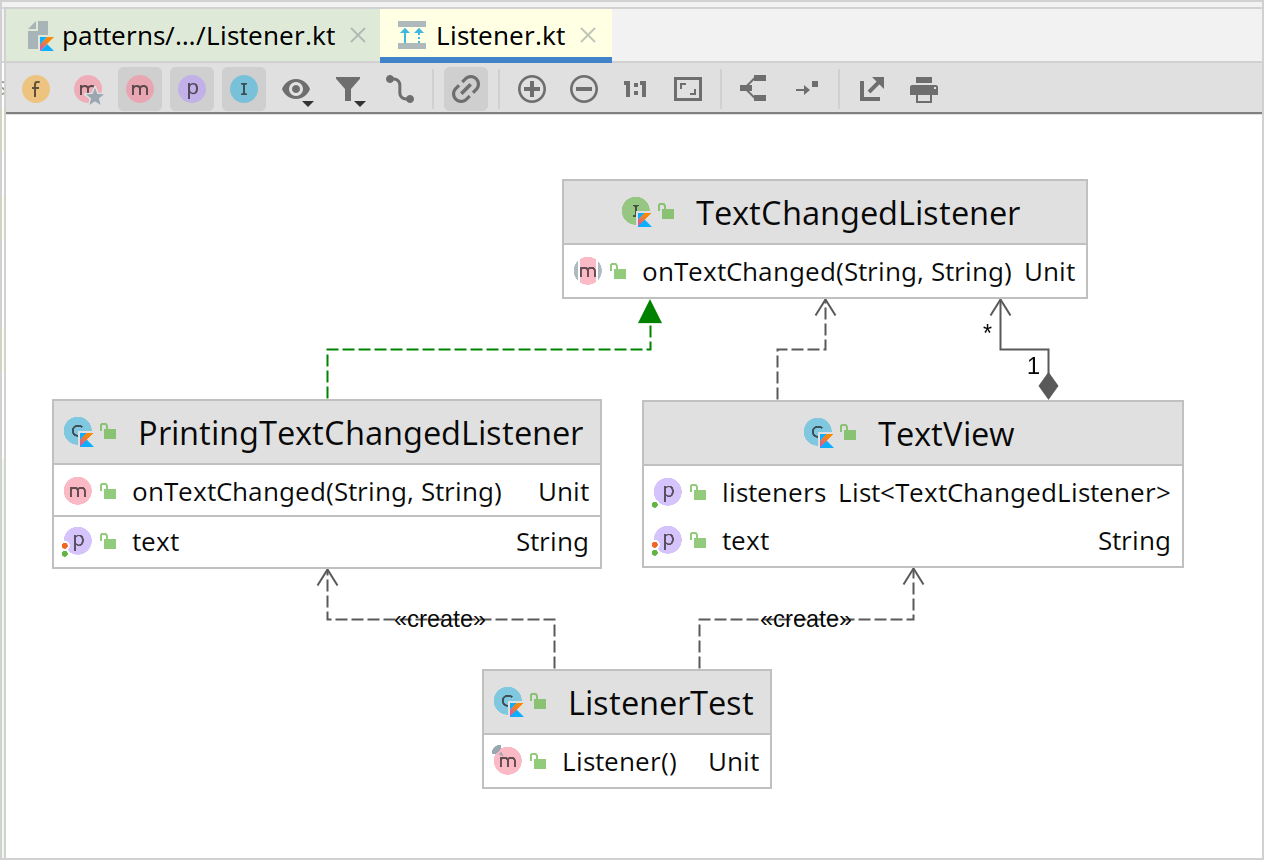 Benefit from other IDE improvements

Since the Kotlin plugin and the IntelliJ Platform have been moved to the same codebase and now ship simultaneously, you will also have the ability to do the following to benefit your Kotlin experience: