We are happy to announce that PhpStorm 2019.1 Beta is now available for download! 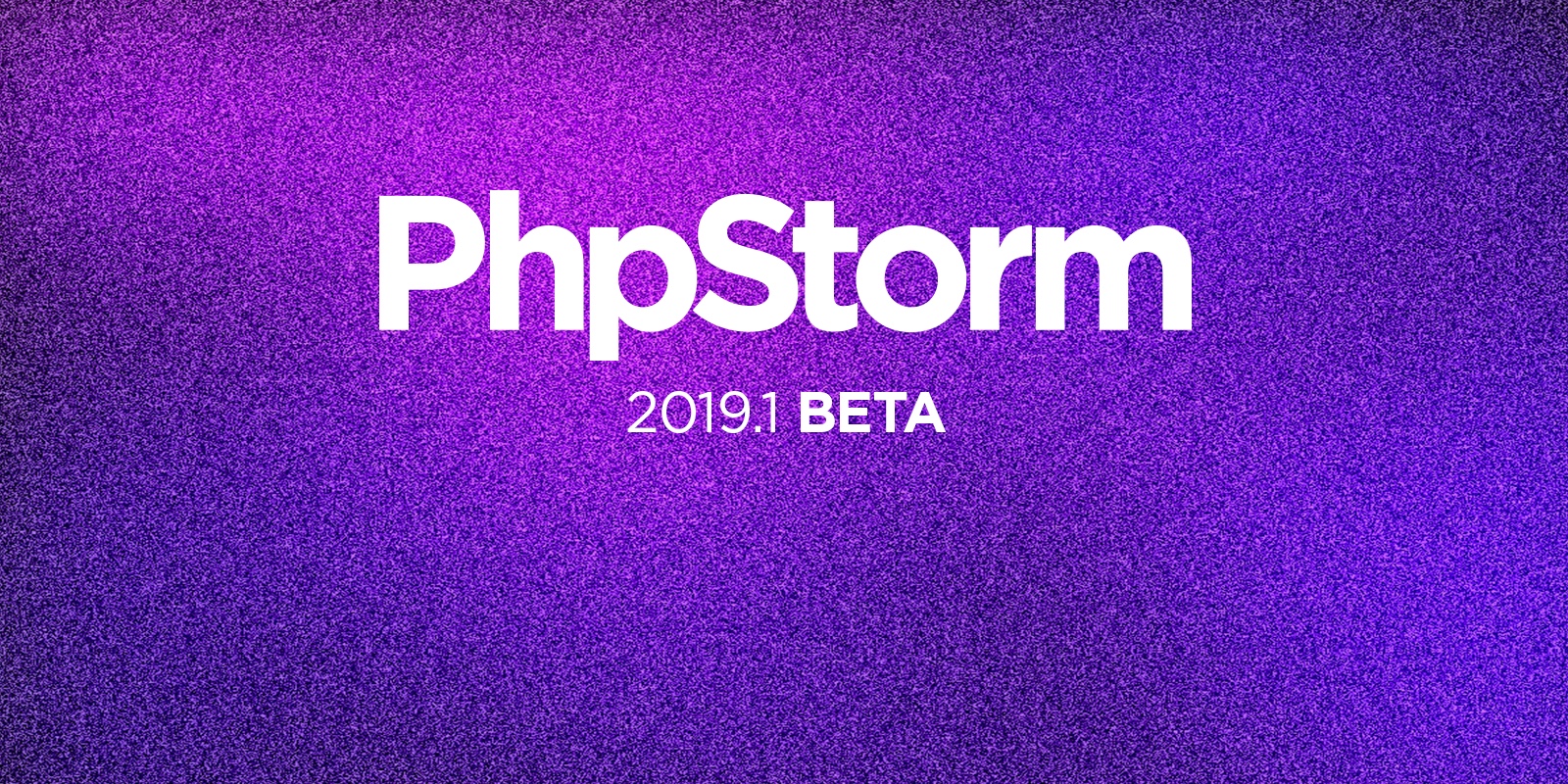 Below is a roundup of the notable highlights: You can now debug Twig and Laravel Blade templates, use a special code cleanup tool for PHP, and have PhpStorm detect dead code. We’ve also reworked imports, improved autocompletion for function arguments and return values, and added a Recent Locations popup!

With PhpStorm 2019.1, you’ll be able to debug original uncompiled template files of two popular engines, Twig and Blade. Simply specify the path to the template cache folder, turn on debug mode (for Twig), and set a breakpoint in the template file. The debugger will stop the execution at that line and you’ll be able to see what’s going on right in the IDE: the context, local and global variables, and so on.

PhpStorm 2019.1 can help you find redundant code by highlighting classes, class members, or functions that are never used. Find candidates for removal instantly by turning on the ‘Unused declaration’ inspection under Preferences | Editor | Inspections in PHP | Unused. The inspection takes into account dynamic usages of the code, for example via magic methods. You can check the report for the whole project by selecting Code -> Inspect Code… 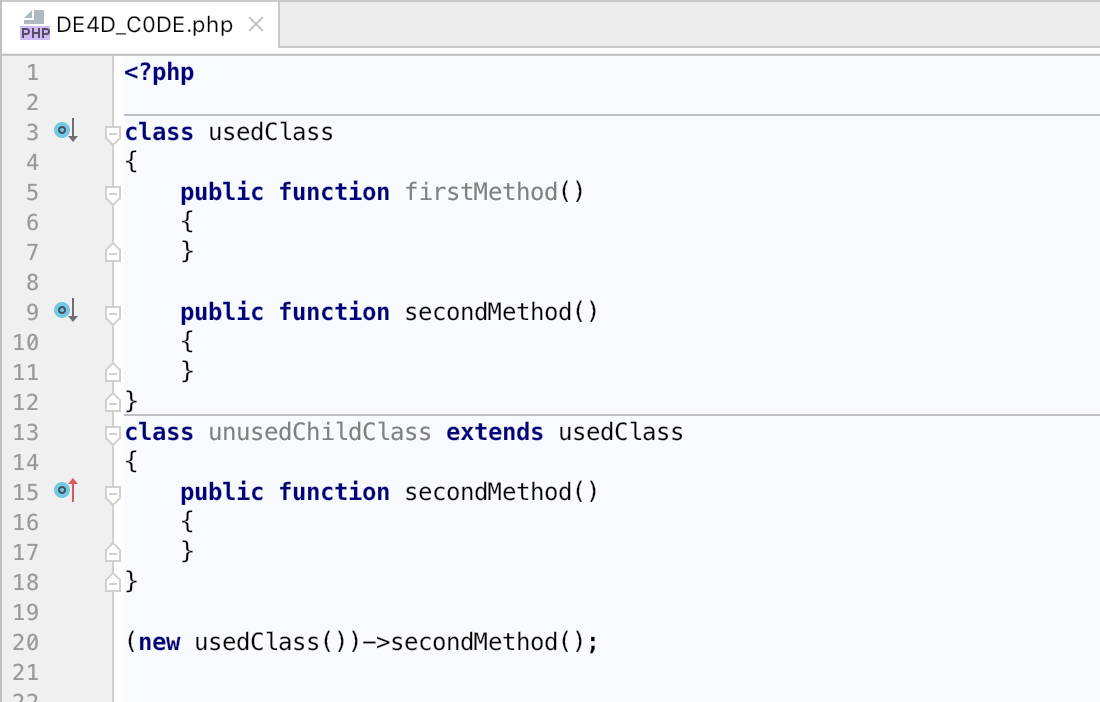 In PhpStorm, Code Cleanup is a batch action that lets you run a number of safe transformations on the whole project or a part of it.

In PhpStorm 2019.1, Code Cleanup comes with PHP-specific intentions: it can optimize full class name occurrences by either adding the ‘use’ statement or removing the unnecessary part from it. It can also automatically fix code style issues with PHP CS Fixer or PHP_CodeSniffer’s phpcbf.

Code Cleanup can be executed automatically before changes are committed, or you can trigger it manually at any time via Code -> Code Cleanup…

We’ve reworked the inspections and intention actions related to namespaces importing and using FQN. The main idea behind them is to avoid qualifiers as much as possible: now, PhpStorm will let you simply remove a redundant qualifier if it is possible, or replace it with the corresponding ‘use’ import statement.

Also, now when you paste some code into a file, PhpStorm will ask to reuse an existing alias.

With the help of a special file, .phpstorm.meta.php, PhpStorm can now suggest arguments and return values better. This is to cover situations when, instead of some simple type like integer or string, you would like to see a certain set of constants suggested.

Or if you expect some function to return a certain constant, but with type hints, you could only know that it’s an integer:

You can also improve suggestions in PhpStorm for your library or project by providing your own .phpstorm.meta.php file. Check out, for example, this symfony-meta package for the Symfony framework.

This release comes with neat improvements for VCS. For example, there’s a new “Uncheck all” checkbox for partial Git commits which lets you clear the current selection, and then select a specific set of changes to commit. In addition, fixup, squash, and cherry-pick actions are now available right in the Git log.

In the new navigation popup, you’ll find recently visited code points presented in context – a couple of lines before and a couple of lines after. All the locations are chronologically ordered in this popup, with the last visited location at the top. To call up the new Recent Locations popup, press Cmd-Shift-E / Ctrl+Shift+E.

If Default white and Darcula themes are not enough, create a custom one! Every UI aspect of your IDE, from icons to radio buttons and arrows, are now configurable. You’ll be able to customize and save as a new theme plugin. Stay tuned for more information!

Other improvements for PHP

Download the beta from our website or via Toolbox App.
Please feel free to share with us any feedback that you have: add comments on this blog post or speak up in our public issue tracker. Stay tuned as the PhpStorm 2019.1 release is coming soon!

The JetBrains PhpStorm Team
The Drive to Develop

The New Life of PHP – The PHP Foundation

During PHP’s 26-year history, the language has been actively developed by a huge number of people, such as Rasmus Lerdorf, Zeev Suraski, Andi Gutmans, Nikita Popov, and many, many others. In 2021, PHP is in for another round of evolution. Nikita Popov switches focus from PHP Nikita started working on PHP in 2011 when he was still in high school. He made his first contribution in PHP 5.5. During hi

Ask Me Anything Session on Reddit with the PhpStorm Team

We, the JetBrains PhpStorm team, are excited to announce our very first Ask Me Anything session! We’ve never done anything like this before, but we feel the time has come to try something new. We’re going to hold our first AMA session on Reddit. Send us any questions you may have about PhpStorm, PHP, or any other things related to JetBrains products. ASK A QUESTION We’ll start answering your quest

The popular static analyzers PHPStan and Psalm will soon be supported in PhpStorm. Even better, the code behind this support will be open source. (more…)