Django is one of the most popular Python Web Frameworks. However, optimizing django performance can often be difficult. Most performance problems boil down to one thing: the database. According to our guest speaker, Andrew Brookins, the only way to master Django performance is to master database performance.

In this Webinar, Andrew is going to take us on a journey through an app that he created to demonstrate all the bottlenecks that arise when trying to optimize your Django app. 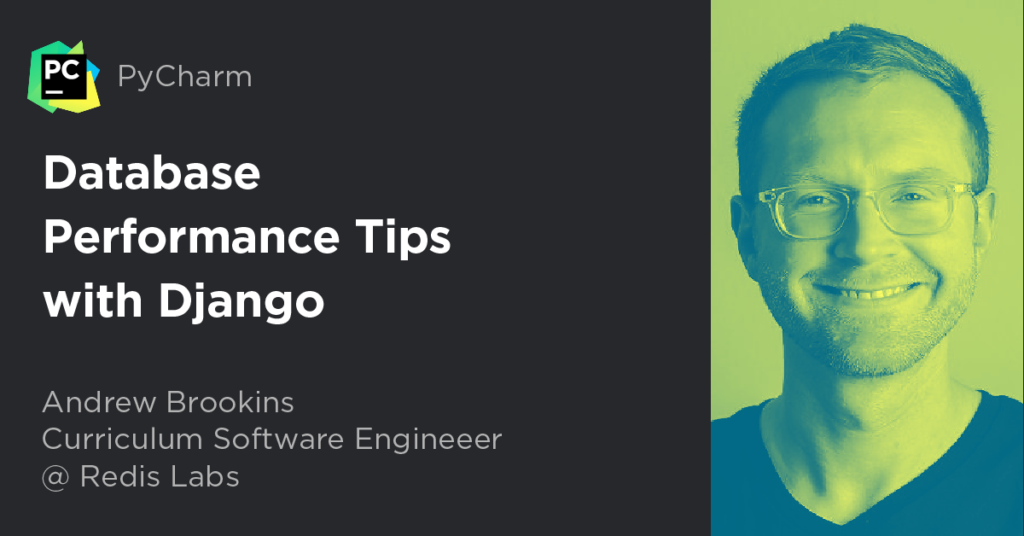 Andrew Brookins has over a decade of experience with Django and Relational Databases. That experience spans DevOps, application development, and platform engineering. He has worked on ecommerce sites, mobile APIs, comic book readers, particle simulation systems, learning and volunteering apps, and now works on a Databases as a Service at Redis Labs.

Andrew has also authored "Temple of Django Database Performance" which dives into the even greater detail than this webinar does. Furthermore, he has recently released a course on "Redis for Python Developers" at Redis University.

Andrew lives in Portland, Oregon with his wife and two wonderful children.

Want a UI for your application? Python has had GUI choices for decades. But what if your UI is in a terminal? And not just a command-line interface, but a full-screen application with a text UI? What does a "Text UI" even mean? Enter...Textual from the prolific Will McGugan, joining us for a webinar showing Textual and some of its implementation. September 21, 2021 6PM CEST, 5PM BST, 12PM