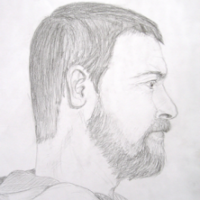 One of TeamCity’s remarkable features is a possibility to analyze the code of your application, find duplicates, show corresponding reports and charts. You can calculate code coverage metrics, run code inspections, and see results right in the TeamCity’s UI. And in most cases, these features work out of the box, without setting up additional external plugins.

All these code examining tools generate various numeric metrics, and you can see the dynamic of their change in the TeamCity UI.

What you could not do before (well, almost could not) is to specify metric thresholds, which would fail the build upon exceeding them. For instance, you couldn’t tell TeamCity that the build must fail if code coverage or code duplicates number is worse than in the previous build.

Moreover, if a build publishes its own numeric metric (and it is very easy to set up), this metric can also be used to determine build status.

So now you can specify several metric-based build failure rules for a build configuration:

As you see, you can create rules for both the absolute metric values, and for the difference with a previous build in the same build configuration. As a previous build anchor, you can use:
– last finished build
– last successful build
– last pinned build
– build with a specified build number
– last finished build with given tag

The default list of available metrics is:
– artifact bytes (you can fail a build, if not all artifacts were published, basing on their volume)
– number of tests in a build
– number of ignored tests
– code inspections: errors, warnings
– code duplicates count
– code coverage percentage – lines, blocks, methods, classes

To add your custom metric to this list, you have to change TeamCity’s configuration file main-config.xml (<TeamCity data directory>/config/main-config.xml) and add the following section there:

So, if your build will publish value my_file_count, you can use it as a criteria for a build failure.

When build failure metrics are set up, the interface will look like:

When a build fails because of the bad metric value, it looks like this:

The feature is not completed yet, so your comments and feedback are very much welcome. To try it live, install TeamCity 7.0 EAP build, which is about to be released in the nearest future.

4 Responses to Fail build on metric change in TeamCity 7.0

The Release Candidate build for TeamCity 2021.2 is ready! This RC is the last step of our Early Access Program before the upcoming release of TeamCity 2021.2. To be the first one to explore its new features, you can download the RC build and install it on your trial server. Reporting build statuses to Perforce Helix Swarm TeamCity can now report build statuses to the Perforce Helix Sw