TeamCity evolution in the past 5 years

Every new TeamCity release brings lots of changes, and oftentimes we are not sure how successful they will be, or they might seem minor at the time. This is especially noticeable if we come across an old TeamCity version and, looking back, we realize how accustomed we are to many of the features that once were a novelty. So today we decided to review the evolution of our CI server and remind you of the most significant features brought to you by the releases in the past 5 years.

Now we easily create projects in TeamCity by simply giving it a URL – the feature is barely a year old, it came with TeamCity 8.1 in February of 2014: 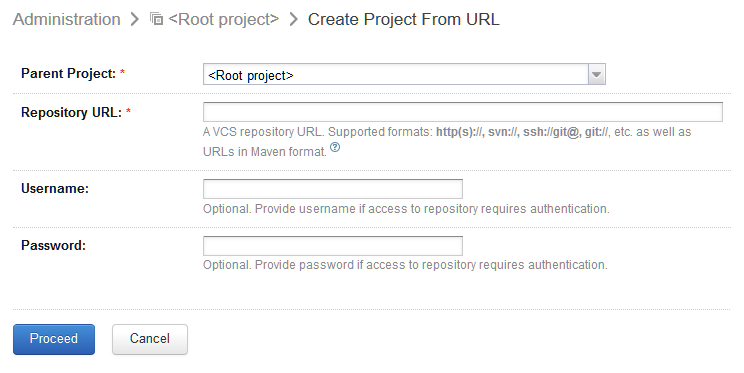 When you look at the internal JetBrains TeamCity server with over 300 nicely arranged projects, it’s hard to imagine now that less than two years ago, TeamCity had no projects hierarchy, introduced in version 8.0 in June, 2013:

Version 7.1 came with support of feature branches for Git & Mercurial, which was a huge success with our users. This feature is also used by our internal JetBrains teams so extensively, that it is not clear how we were able to release at all BFBS (before feature branches support):

Build failure conditions, as well as NuGet support were introduced in TeamCity 7.0 in February of 2012! But more astonishing is the fact that this was the time when Agent Pools were introduced for the first time – with over 200 agents and more than 20 agent pools on the TeamCity server here at JetBrains, we see how efficiently our resources are allocated thanks to this feature: 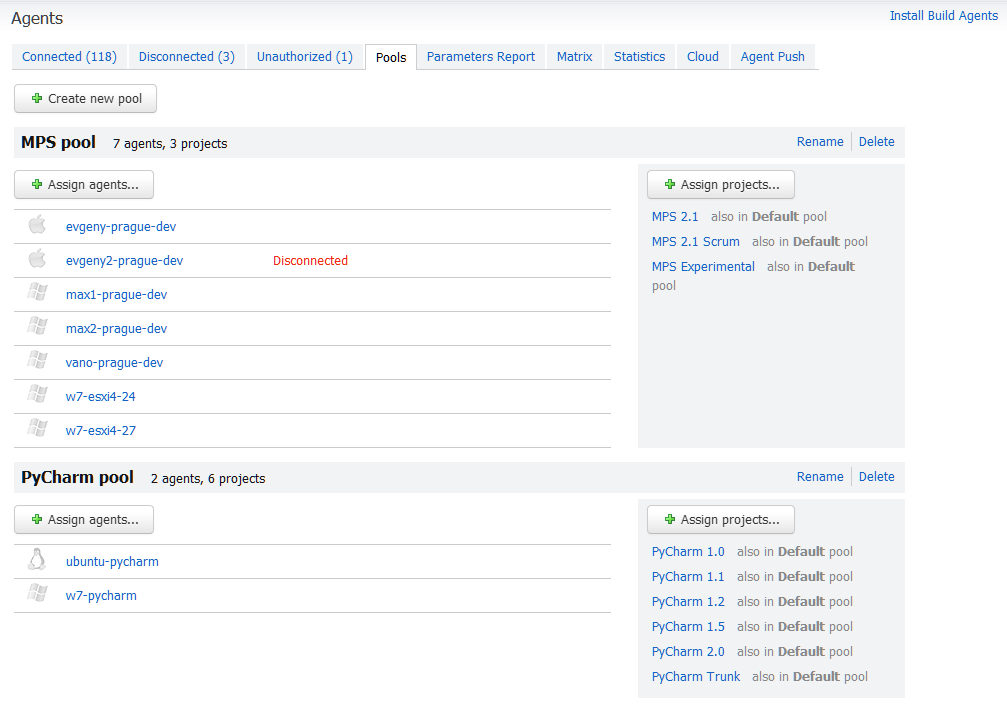 TeamCity 6.5 made all features of the Enterprise Edition available in the free Professional Edition allowing unlimited number of users.

Multiple build steps – an indispensable feature today! – were announced almost 4 years ago, on December 1, 2010 when TeamCity 6.0 was released. 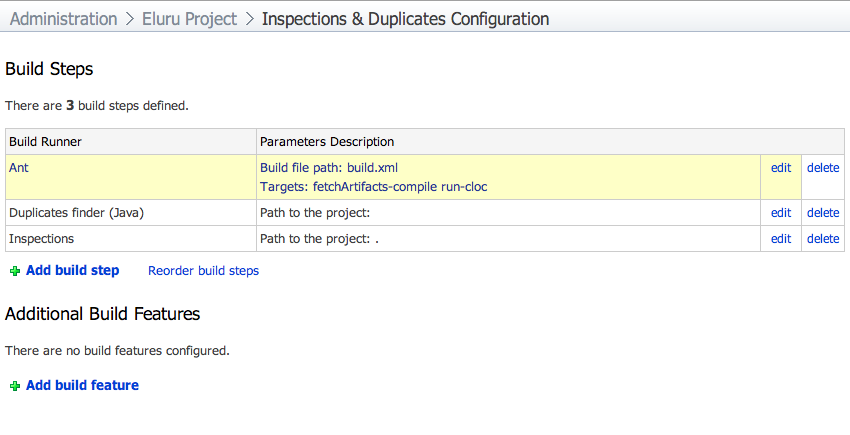 And finally, already 5 years ago, TeamCity 5.0 saw the light with cloud Build Agents on Amazon EC2 and issue trackers integration, which at present are unnoticed, as they are convenient and used every day!

We hope that you enjoyed our short history course. If you come to think of it, it’s pretty amazing actually how much our features have evolved, not to mention the user interface, which is way prettier now!

We would like to thank all of our you, our long-term users and supporters as well as newbies for your dedication to TeamCity! The new version is on its way, and we do hope that it will bring more cool features worth trying and remembering, so don’t miss TeamCity 9.0!

The first bugfix update for TeamCity 2020.1 is ready for download. Version 2020.1.1 resolves over 120 issues. Among the bug fixes, it introduces several important updates such as: TeamCity agent Docker images now have an extra tag – `linux-sudo`. The `linux-sudo` image is most convenient for running Docker within Docker and installing additional software during the build. The .NET runner now supports custom commands. The full list of fixes is available in our release notes. We strongly recommend upgrading as this TeamCity version provides security and performance improvements.
June 23, 2020 by Maria Kudryavtseva

We continue working on TeamCity 2019.2, and you can be the first to try some new features in this second EAP. Since this EAP: TeamCity provides server metrics in a popular Prometheus format, ready for monitoring on visual dashboards like Grafana. Updates in experimental UI: access the Favorite Projects page from the sidebar, see the reason behind the queuing behavior for each build, and use the revamped Changes pop-up menu. Our REST API provides the same information about cloud integration as that available in the TeamCity UI. Kanpur 2019.2 EAP2 resolves over 100 issues. See the
September 24, 2019 by Maria Kudryavtseva
Subscribe