Have you ever wanted to see how to automate the whole CI/CD pipeline, from a commit in version control to a change in production, all in a cloud-based environment? Join the TeamCity Cloud and Octopus Deploy webinar, where we will demonstrate how to create your first CI/CD pipeline in TeamCity Cloud, integrate it with Octopus Deploy, and then perform the deployment through Octopus Cloud. In the 40-minute webinar you will see it done live by Marco Behler, Developer Advocate at JetBrains, and Derek Campbell, Senior Solutions Architect at Octopus Deploy.

In this webinar you will learn:

The webinar is free, and it will take place on June 30 in European time zones, and will be rebroadcast on July 1 and July 5 for US and APAC-friendly time zones.

Marco Behler Marco works as a developer advocate at JetBrains, in Munich, Germany. He loves to share everything he knows about writing and building awesome software – knowledge he acquired from a decade of consulting in the Java and Spring ecosystems – through guides, tweets, books and talks. Follow Marco on Twitter.

Derek Campbell Derek is a Senior Solutions Architect at Octopus Deploy. He helps customers with their CI/CD pipelines and enables their success with Octopus. During his time in DevOps and automation consultancy, Derek has automated CI/CD pipelines and helped lead and implement CI/CD at numerous companies worldwide.
newsletter
Agentless build steps: API update and support in AWS CodeDeploy pluginTeamCity 2021.1.1 is here

Last week, we were streaming the TeamCity Cloud Launch Event, celebrating the launch of TeamCity Cloud, our new JetBrains-hosted CI/CD platform. During the event, we talked about getting started with teamcity Cloud, about its pricing and licensing, as well as showed a demo of some more advanced concepts, such as migrating from an on-premises version or connecting self-hosted build agents. We hope you managed to join the event live. In case you didn’t, we’ve published the full recording of the live stream: https://youtu.be/WyvmpKqN7L8 The individual talks are now also available as se

The recording of our January 19 webinar, “What’s New in TeamCity 2020.2”, is now available. In this webinar, Marco Behler, the Developer Advocate in TeamCity, goes over the new features of the latest release and showcases them live. 0:57 External Logins (GitHub, GitLab, Bitbucket Cloud). 2:25 How to get more out of your agents with agentless build steps. 10:21 Self-expiring access tokens. 12:09 Updates to the new Sakura UI, such as the new Build Dependencies view, the Test History page, search in build log, and the Build Queue page. 17:04 What TeamCity now offers for working with Bitbucket C 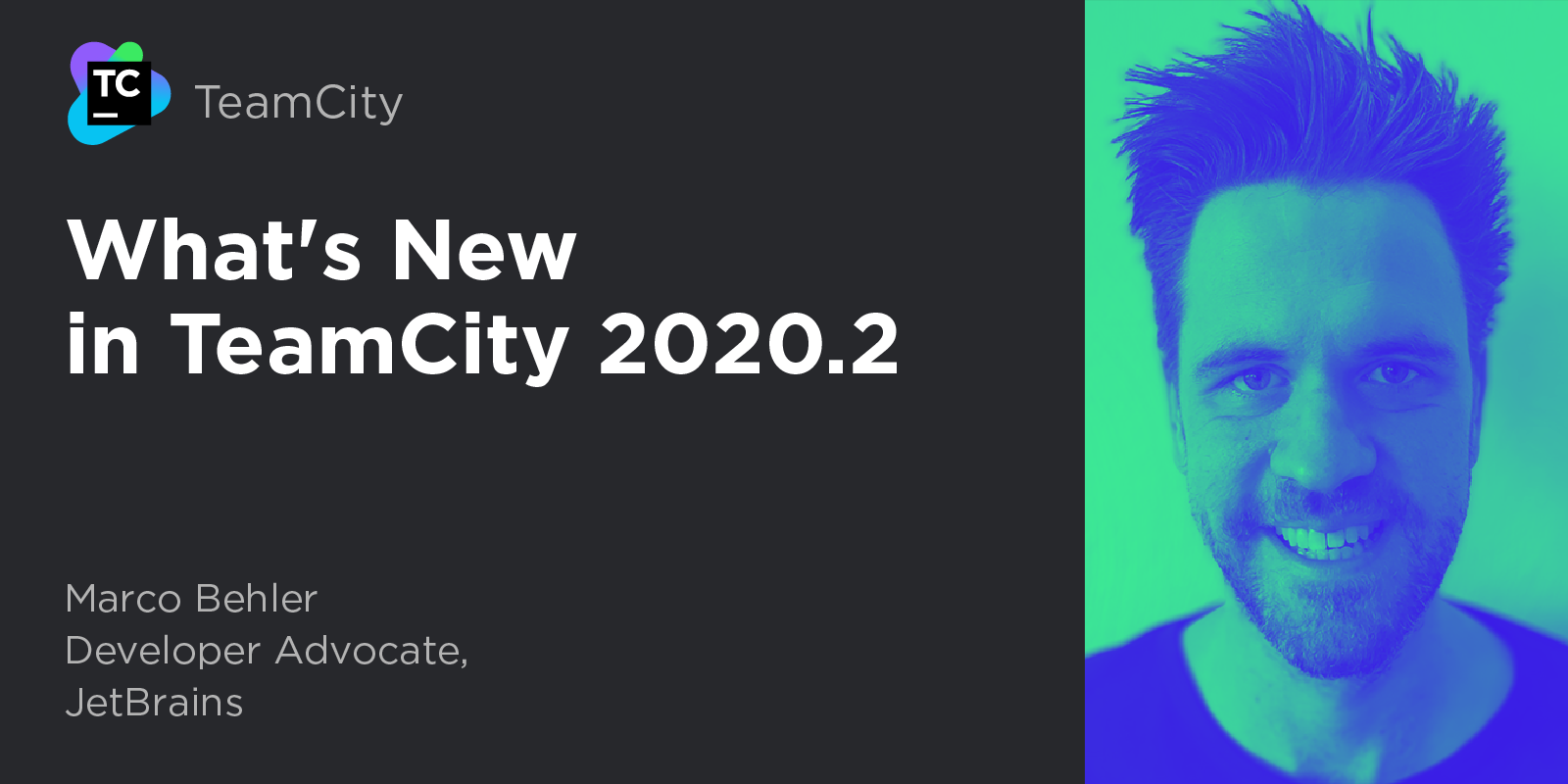 Interested in the new and exciting features of TeamCity 2020.2? Join us Tuesday, January 19 at 17:00 CET / 11:00 AM EST for the free live webinar on the new features of our latest release, TeamCity 2020.2. The webinar will be hosted by Marco Behler, the Developer Advocate in TeamCity. Sign up for the webinar Here is what you will see in this hands-on webinar: What TeamCity now offers for working with Bitbucket Cloud pull requests. How to use the brand-new Python build runner to build your Python projects. The .NET 5 support in the recently released .NET runner. How to get more out of your ag