Intelligent tools for writers and new ways to write better

Content reuse – a productivity booster or a vicious circle? 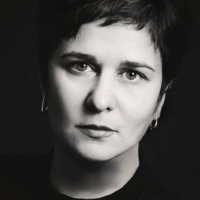 Single-source publishing is a powerful must-have feature that is normally among the top three competitive advantages for any professional help authoring solution – and for good reason. Single-sourcing reusable content lets you:

While we don’t argue with the benefits of single-source publishing, in this post we would like to draw your attention to its pitfalls so that you are forewarned and can reuse content wisely.

At JetBrains, we reuse content a lot. If you are familiar with our IDEs, you’ll know that they are built on top of the IntelliJ platform, meaning there is a lot of shared content that goes into multiple documentation instances under different filters and conditions.

Here’s a simplified scheme to give you an idea of how entire articles and smaller chunks of content are reused between different documentation instances:

We have 21 online help instances built from the same set of source files, and about two dozen tech writers contribute to this project, so we know single-source inside and out and have fallen into every one of its traps before.

In this post, we’ll look at a few of these traps, which I’ve dubbed as follows:

Tools powered with single-source features allow you to include reused content under conditions and filters, thus giving you a lot of flexibility. Sometimes too much flexibility, really.

So filters here are legitimate.

Now let’s look at another example:

Can you guess what’s wrong here? All three paragraphs here are about exactly the same thing. The only thing different is the wording and the level of detail. Nothing is actually reused here at all apart from the title.

There are a few reasons why things like this happen:

Do you remember the reasons to bother about reuse? Let’s weigh them against this example:

Here are some strategies that we have implemented in our writers’ team to help us prevent things like this from happening:

Sometimes you want to edit a page and open the source file, and what you see is just a couple of lines behind a web page that’s several screens long. Instead of being able to easily locate the piece you want to update, you find multiple includes wrapped into one another with filters and variables declared God-knows-where, and it takes you a while to figure out what the text you see on a web page actually resulted from.

Here’s an example of such code reduction from my recent talk at Write the Docs Portland conference:

Since our company makes developer tools, we as writers work closely with developers and write for developers. We often tend to adopt developer approaches, and we even author docs in an IDE. So we sometimes get carried away with the beauty and brevity of source code reduced to a single line that lets you unveil layers of content behind it like a nesting doll.

Now let’s look back at our benefits list and test this example against them.

Honestly, this is not something that we at JetBrains are champions at, but as a team, you need to find a balance between reusing everything that could possibly be reused and keeping your code readable and searchable. We suggest you try sticking to the following principle:
Just because you can doesn’t mean you should.

Sometimes it’s better to choose some duplication over the wrong abstraction and put up with less than 100% reuse. Otherwise you may complicate your life by creating source code that is rigid and difficult to maintain and reuse. And the investment you’ve made into reducing it can never be recovered.

Sometimes, you realize you’ve been writing the same phrase (like a path to a settings page) several times a week. It’s only natural to be tempted into thinking that if you are repeating yourself so often, you must be doing something wrong and it makes sense to reuse it.

Here’s a procedure that tells you how to configure something in an IDE.

Let’s look at the source code behind the first step:

To reuse everything that can potentially be reused here, you need to introduce variables and wrap reusable snippets into one another. So, in the end, there are 10 lines of code behind this little sentence. And I’m asking myself – is it really worth it?

In software development, there’s a principle called “DRY”. It was formulated as early as 1999 in a book called “The pragmatic Programmer”. “DRY” here stands for “Don’t Repeat Yourself” and it’s aimed at reducing repetition of software patterns and replacing it with abstractions to avoid redundancy.

Just like in programming, this principle is often misunderstood by technical writers who are tempted to re-use anything that could potentially be reused and wrap multiple reusable snippets into one another, thus creating complex markup structures where changing one element breaks the logic for other dependent elements.

What can we do about it?

Wouldn’t that be easier for everyone?

In the previous four sections, we talked about the pits that content authors may fall into if they don’t weigh the gains of content reuse against possible losses. This one affects our customers – the people who read technical documentation.

Web content cannibalization happens when you pull your audience in more than one direction.

That’s exactly what happens when you reuse content and publish identical chunks of it to multiple outputs on the web. Search engines like Google just ignore some of the web pages because identical content already exists on a different page and it’s ranked higher in search results.

This is an example of a search query.

The top ranked result is the relevant article that talks about multiple cursors, only in JetBrains Rider – a different JetBrains product – and not IntelliJ IDEA.

The content of this article is single-sourced and, for some reason, Google thinks that the page from Rider documentation is more relevant.

Our SEO specialists have helped us identify some of the reasons for this problem (though the list may be incomplete):

SEO specialists tell us you can avoid traffic cannibalization only if your content is unique. Now that we’ve learned about this phenomenon, should we stop reusing content altogether? Obviously not. The gains of single-sourcing content are still significant.

So my first piece of advice is to BE AWARE of the problem. Forewarned is forearmed. Just remember that your job is not done after you’ve published your content on the web. Well-written documentation has huge marketing potential, so you always need to do everything within your power to ensure that it works, it’s discoverable and accessible, and take action if needed.

When it comes to action, you can do the following:

Here, you could create three separate articles telling users how to install IntelliJ IDEA on different operating systems, and each of them would contain some references to reused content. However, this would literally be pulling the audience in different directions with almost identical content, and search engines would likely rank the most visited page higher, depending on which operating system is more popular among IntelliJ IDEA users.

Instead, you could break these types of content into tabs to make sure readers land on the same page and will be able to quickly navigate to the instructions they need.

Let’s summarize the conclusions we’ve made at JetBrains after about ten years of falling into all the traps of reusing content.

We hope these tips help you reuse content responsibly!

Writing With Style: 10 Style Guides to Inspire You

A writing style guide is a set of rules and agreements for everyone involved in writing or editing documentation in a company. Usually, a style guide prescribes using certain words, expressions, terms, and punctuation. It can sometimes go even beyond that and cover content architecture or UI texts. What are the main benefits of following a style guide?  It will be a single point of truth to keep the documentation consistent even when it's written by a team of writers, each with their own personal writing style.It alleviates the editors' workload coming from external contributors.A s

The Holy Grail of “Always-Up-to-Date” Documentation

When you ask someone what’s wrong with your documentation, the top 3 answers will be: no one reads it, it is misleading, and it is outdated. In this post, we will discuss how to keep your documentation up to date. Hey, doc! Why so outdated? Documentation is not source code. For code, you can write tests and check whether it works before the release, but for content-related things, such checks are harder to implement. So the question is this: how can we make sure documentation is up to date and working properly? But before we answer that, let’s take a step back and try to understand why i