You may remember our captivating story about how AppCode came to be that we shared last year. Today we have another behind-the-scenes episode, this time about our Agile bug and issue tracker called YouTrack.

In Search of the Perfect Name

This product initially dubbed Charisma took flight back in 2009. Charisma sounded like a very hip and ambitious name, reflecting a very human value that the product team agreed on, as well as the tool’s main idea – to appeal to everyone, developers and reporters alike.

Alas, we had no success in registering this name officially, as happens quite often with trademarks. A series of brainstorms ensued in an effort to find a suitable name. 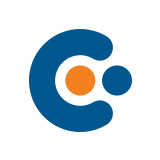 FYI: ‘Charisma’ did not vanish into obscurity. It eventually played a role in kicking off a cool line of product codenames that focused on human traits, qualities and emotions. YouTrack’s codenames are ordered alphabetically and so far include Charisma, Daring, Fascination and the most recent Gentle.

This brainstorming process was so weird and hilarious that we still remember those debates with a smile.

The first round of debates focused on people and devices that track things, and even other people, with suggestions ranging from Periscope, Switchman, Compass and Stalker to CtrlWhatever and BugYard.

The next train of thought reached out to insects and birds, trying to find something that catches bugs. Running away with this idea, and then some, the team came up with gems likes Hummingbird, Woodpecker, InsectiJ, Insecticide, Hedgehog, Swatter, Chameleon, BugBear, and Colibri.

The process looked more and more pointless with each day, until someone stumbled across attract. Gears started turning the right way. More meaningful options quickly appeared, including Attracktion, Trackoo, JackTrack, TicTrack, TrackIt, TrackYou. That’s when we knew we were getting somewhere. After YouTrack was suggested, our quest for the best name was over.

Initial reaction in the community was mixed. Later, many YouTrack users would tease us, complaining how they had to type additional characters in their browser’s address bar to land on YouTrack instead of YouTube :) But eventually the name caught on.

When the product name was finalized, the design team started working on the logo.

Logos for other JetBrains products had always been based on their lettering, like

for IntelliJ IDEA, or

for ReSharper. With YouTrack, however, the designers thought along different lines and opted for something non-alphabetic.

The main ideas used in the creative process, obviously, had to do bug tracking and bug fixing. The designers, who also took part in the brainstorming process along with the development and marketing teams, envisioned the bug tracker as a kind of All-Seeing Eye. Combining that with bug eaters and bug catchers, i.e. birds, they first explored the images of a magnifying glass and a big-eyed bird.

The magnifying glass made you want to look through it to find bugs, but not really fix them. It didn’t quite work. The big-eyed bird, however, turned out more interesting and worth looking into. The association with a bird that is adept at seeing and catching bugs seemed to accurately embody the product’s idea, and resonated well with our panel of judges.

After the general idea of a big-eyed bird was confirmed, the designers proceeded to find the best color combination. Orange was the first choice as a staple of our product logos as well as the company logo. We also tried and contrasted blue and gray as additional colors:

Continuing to be inspired by the All-Seeing Eye, the judges chose the flying bird. Flying high in the skies, it’s supposed to keep a watchful eye on all the bugs underneath and track them at all times.

This image proved quite charismatic – every team member really loved it. And so the logo was decided.

The big-eyed bird continues to inspire our creativity still today. For example, here’s a handmade YouTrack logo created by one YouTrack developer. So cute, isn’t it?

And here’s our latest T-Shirt, featuring a rocking big-eyed bird: 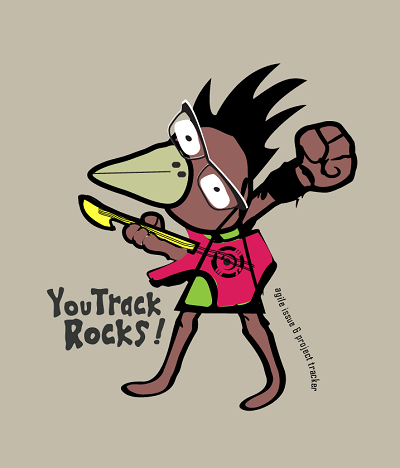 We believe this is only the beginning for YouTrack, and its charismatic big-eyed bird legacy will live on.

As we discovered in the second installment of this series, a modern code completion system needs machine learning to rank the suggestions most effectively. Machine learning has one thing in common with human learning: it requires data to extract knowledge. There are many aspects to that process. We use so-called supervised learning for code completion, and that involves feeding the algorithm a