The arrangement
With the expansion of JetBrains this year and the move into our new offices, we had to push back this year’s hackathon a little bit. But, if anything, this ignited the drive to develop new ideas in our team. So here is a rundown of what went down this year.

The rules were simple:

This year’s theme was “arrange it your way.” The principle behind this is that there is no single way to do things, no unique solution, that the parts can be arranged in an infinite number of different combinations.
This year, even more ideas and concepts for projects were put forward than ever before. 70 projects were submitted by the 182 participants ready to bring their ideas to life. There are no limits to what people can dream up, but there were most definitely some common themes that emerged throughout.

On Wednesday, registration opened at 10am, providing participants with all the gear they would need to get through the two days: a toothbrush, a t-shirt, badges, and stickers. 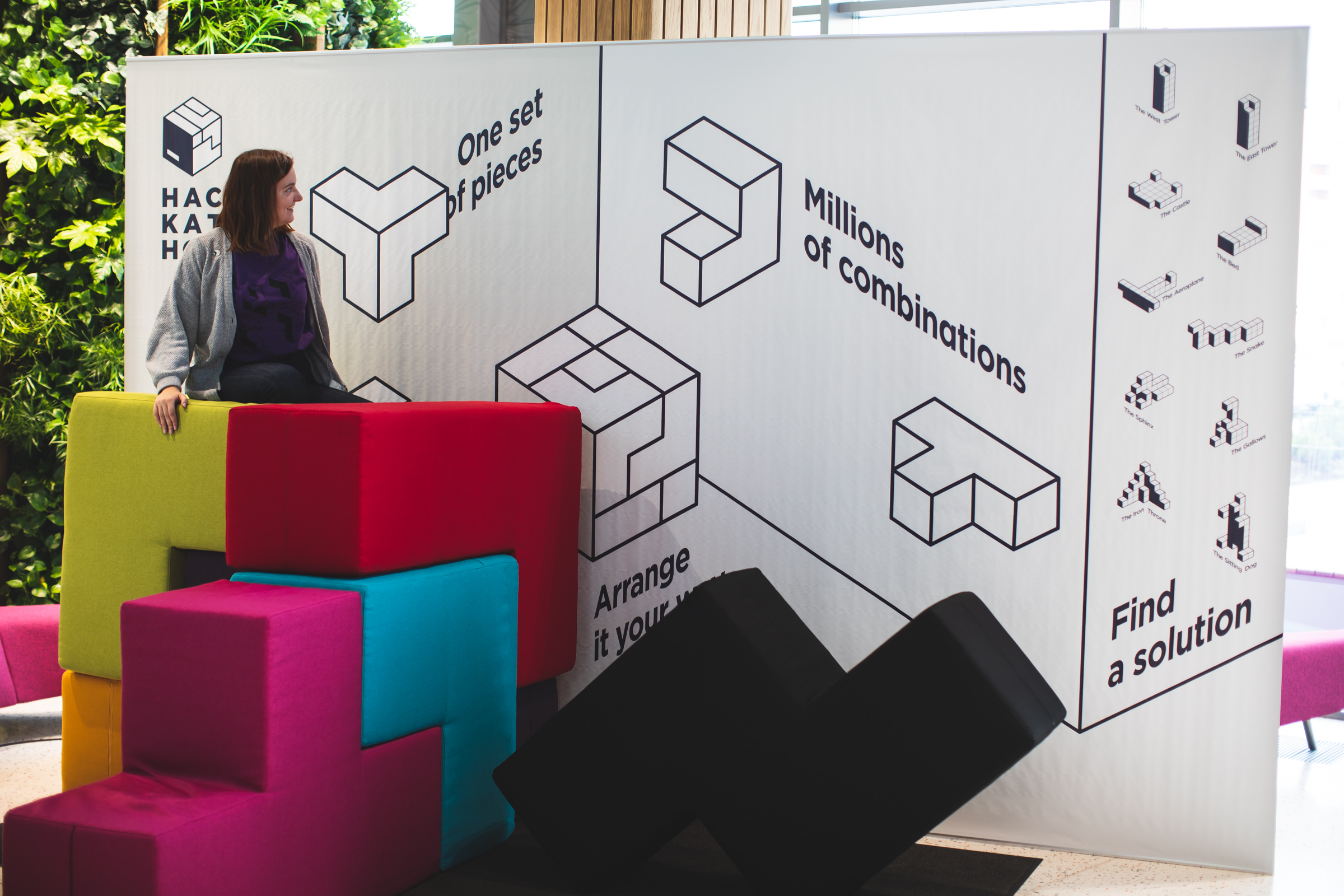 The 56 projects that finished could not have been more different or more incredible. Teams again embraced this opportunity to explore their limits, finding issues in their own spaces, and exploring solutions to fix them. Here is a look at just some of the projects (remember: this was done in only 48 hours).

This year, there was a bit of a twist thrown in, with a surprising new method to decide the final winners.

A jury representing different teams and roles was brought in to:

All the prizes were of the same value, and there was no limit to the number of projects that could win.

There was, of course, only one Trophy Winner, whose name is engraved on the legendary JB Hackathon Cup. The winner was decided by the individual votes from JetBrainers. 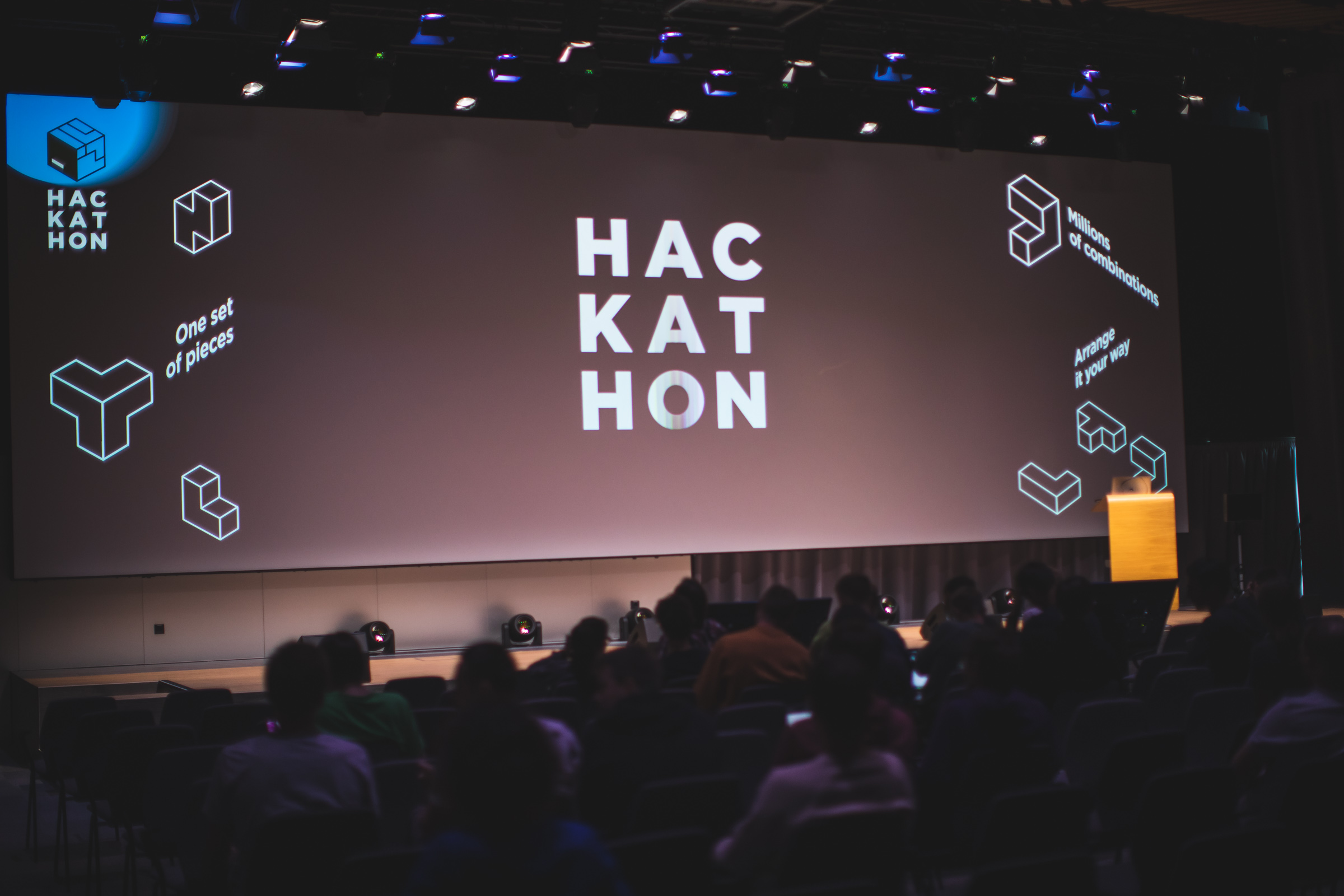 The idea behind this project was simple: JetBrains product + Plugin(s) = Bundle. So the team set out to create a means to distribute the IDE along with selected plugins. They wanted to provide additional value to users, promote high-quality plugins, add a new method of marketing (as bundles can target specific needs), add some cross-selling potential, and reduce costs.

So their goal for the hackathon was to:
Add a one-click purchasing option for plugins bundled with the IDE.
Experiment with using IntelliJ IDEA protocol and Toolbox integration.
Add bundle management support at plugins.jetbrains.com.
Prepare a pricing model for bundles with paid plugins.
Create marketing assets for some plugin bundles (and possibly a way to generate the assets semi-automatically).

They successfully created 10 bundles that will be supported in the Toolbox App and in the plugin repository (it’s coming in one of the next releases, stay tuned). So whichever specific technology you work with, there is going to be a bundle of plugins to help. 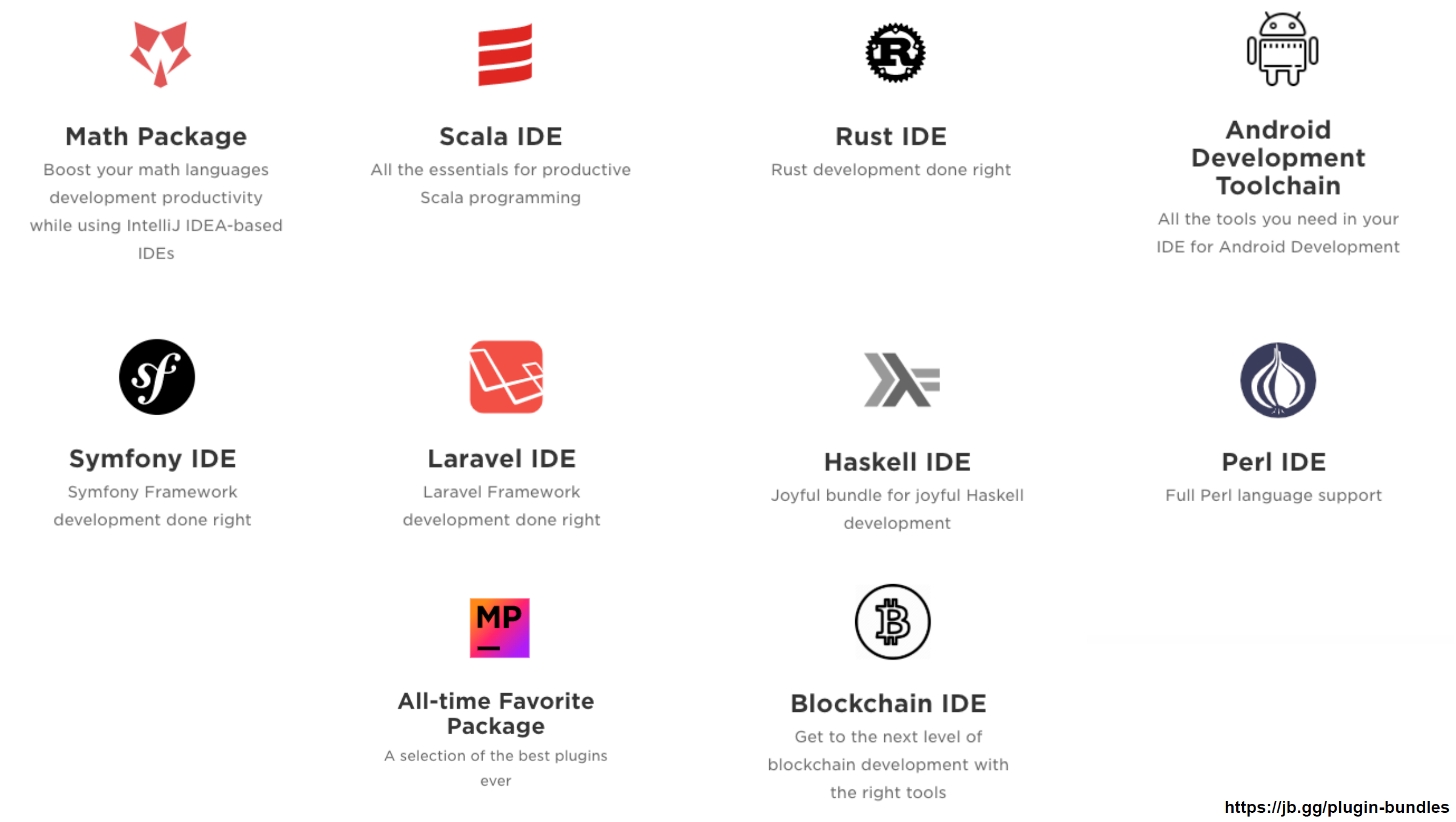 Awarded to the hackathon project with the best presentation.

Awarded to the hackathon project with the best hardware design.

In 2016, Apple decided that the “F” keys were not as crucial as smiley faces. So on their MacBook Pro, they got rid of them. What does one do when these essential buttons are missing? They hack one together. 30 hours of development, 3 apple keyboards, 2 pre-2016 Apple MacBook Pros, 18 cups of coffee, and 5 different concepts later… that is precisely what was done.

2 versions were produced for users to update their MacBook to the newest hardware. Welcome to a new age, Apple MacBook Pro Touch Bar Pro. 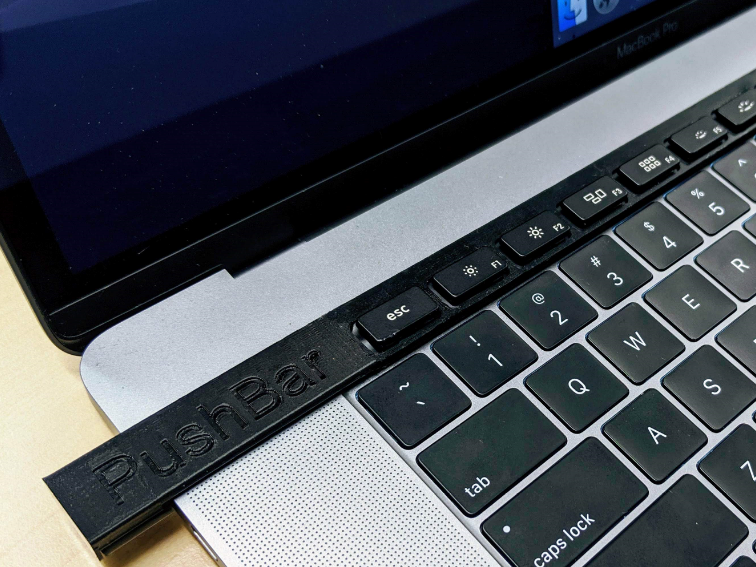 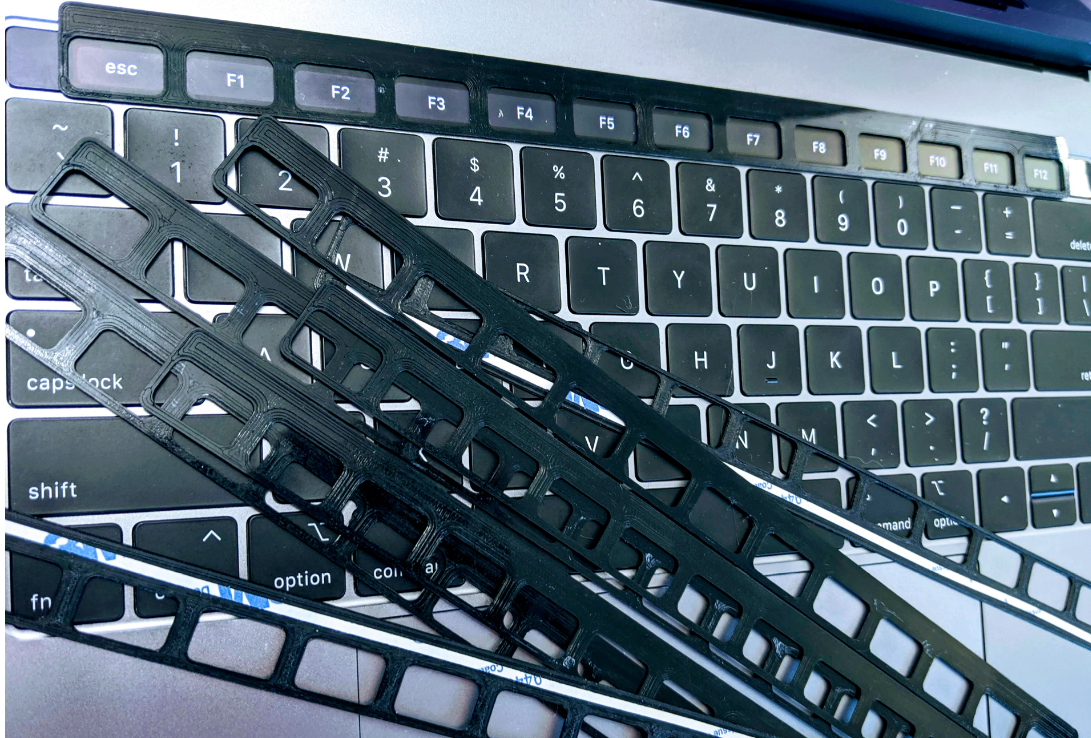 Get extra information about how your program behaves, using one of your five senses that has long been overlooked in programming: hearing. Imagine being able to tune your breakpoints like you would a guitar, so when you debug a program, you can notice immediately when something is off. This can be useful if you have several threads of execution or a graphical user interface that also requires your attention, for example, an IDE. It can be particularly helpful for looking at cache assembly time. You can set up several “Extrasense” sound breakpoints, and if you hear the sound, that means the cache doesn’t work. With this approach, silence truly becomes golden. It will also help you understand the frequency of events, for instance, checking how often your web application calls the database. Also included is a continuous sine wave that is modulated through the allocation rate, which produces high pitched sounds when you do a massive computation. So with all this, you can literally tune your performance like you would with a tuning fork.

This project took on the epic task of helping people make their code faster. So when considering measuring the execution time for a piece of code in the millisecond time range, a traditional profiler is not a great option as the sampling is not precise enough, and tracing usually adds overhead. What people typically do is insert the measurement instructions into their code. But, this does come with some shortcomings like working with VCS, and the results need to be read in the console.

So a better option is Spot profiler for IntelliJ IDEA. JPS lets us transform the source code before parsing it to JavaC. IntelliJ IDEA can read the output and show the results in the editor, showing you the execution times for the certain lines right there in the editor.

What do you get if you create a game-based service similar to Kahoot! for “social learning” at conferences, talks, and training sessions, which can also be used later as a Kotlin MPP (Ktor + Kotlin/React) sample project? You get CodeQuiz.

Awarded to the hackathon project that best streamlined office life

Space is the name of our office in Saint Petersburg. It is big, it is new, and it needs help with onboarding new colleagues. “Hello, Space!” is a great start. This project makes the lives of HR easier and the experience that new employees have better! HR simply needs to fill out the details for the new employee:

From here it activates the automated ‘before your first-day’ campaign, which consists of a series of how-to welcome emails about Space office life (where to get food / borrow books from the library / join in with sports / recycle plastic / find the first aid kit etc.).

Last year’s HTF (How To Find) app (version 1.0), won the CEO’s choice prize. This year it has gone on to win the most actively used category. 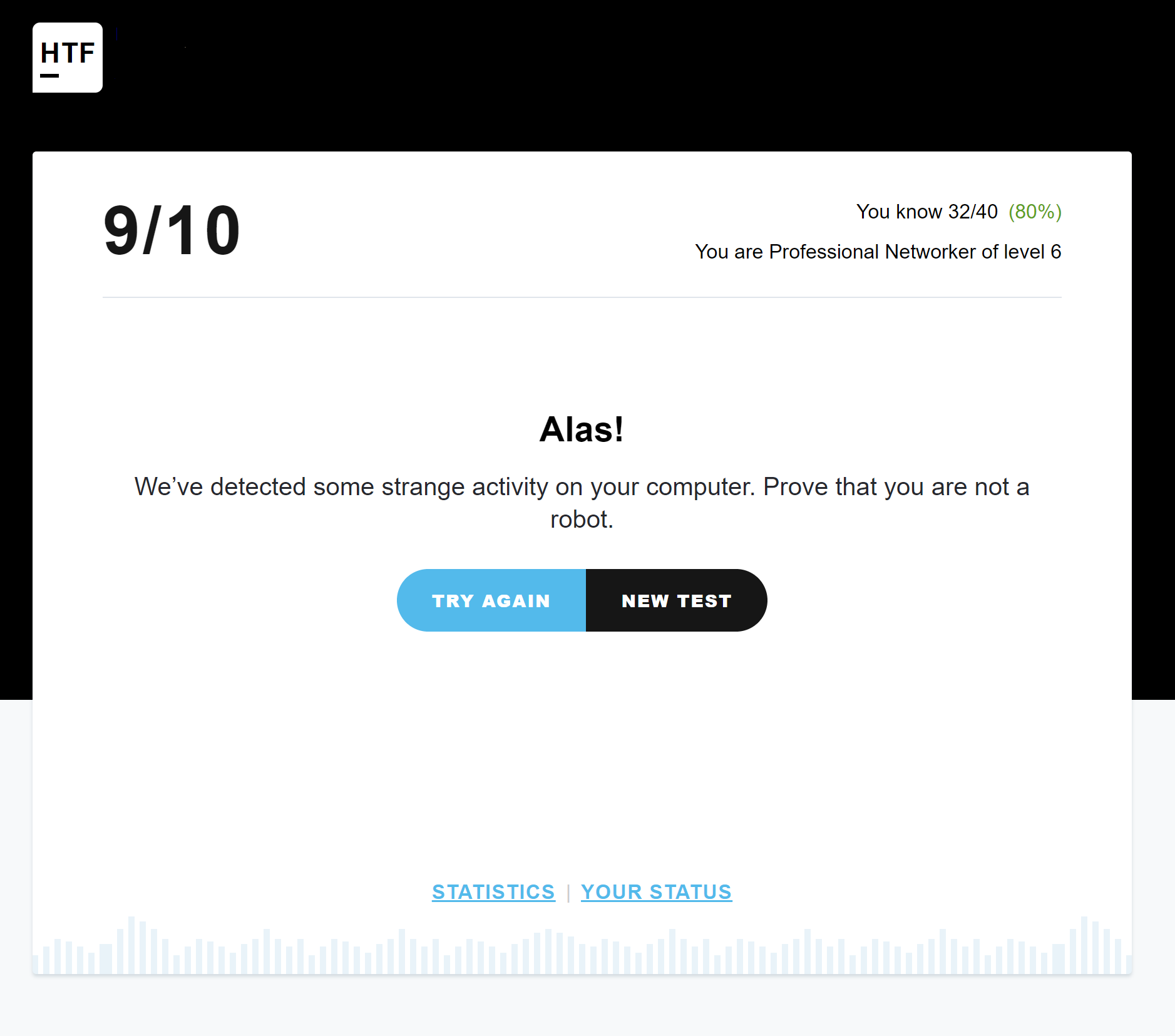 It is no surprise that with the massive rate of growth JetBrains has been experiencing, the topic of interest that a lot of teams gathered together to solve was focused around onboarding. With no universal onboarding program in place, HTF app 2.0 and four of the other 56 projects submitted aimed to help make integration and fitting into the company a little smoother.

Revisiting their successful “HTF (How To Find) app,” which won the CEO’s choice last year, the team set out to improve the system integrated with our internal systems. In an attempt to help people across different offices in the company get acquainted with each other, the new variant of the app is filterable by the offices and teams, and the score is now saved, so you have a record of who you know and don’t know. The UI was also updated to make it even easier to look for colleagues and get to know them a little better. 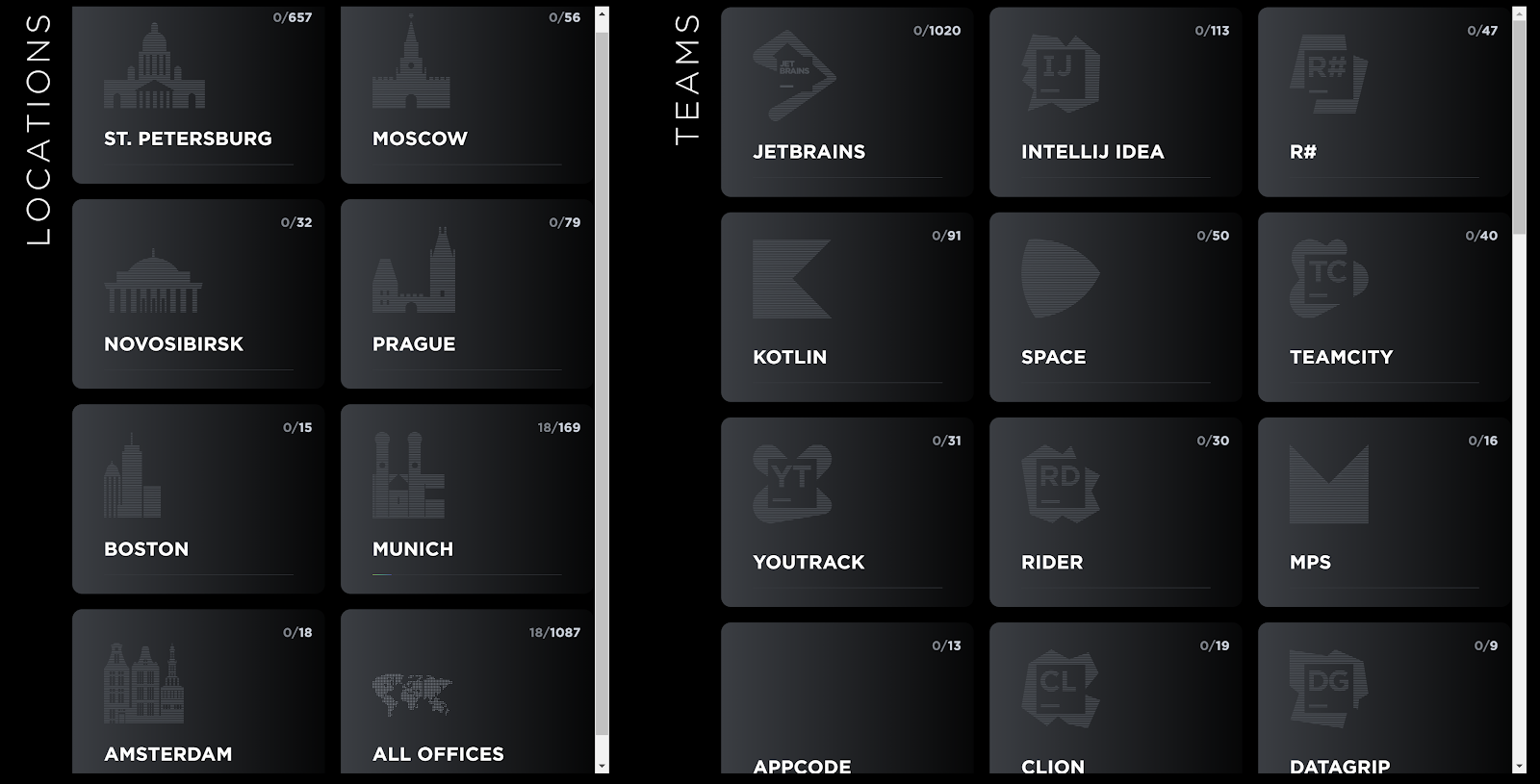 As you may have gathered from the previous description, this automated onboarding program helps newcomers coming to the new Saint Petersburg Space office. And as if that were not enough, they also created an autonomous chat Bot that can search and tell you the must-know information you need to survive in the Space office.

With over 1154 people now working at JetBrains, it can be hard to know people, especially those who share similar passions to you. Developed to help people get to know each other and find common interests around the office, Random Coffee lets you book a 10-minute random coffee meeting and get to know someone new.

The Onboarding Game
Oscar Rodriguez, Ekaterina Ryabukha, and Joaquin Trevino.
A kind of treasure hunt for new (or not that new) employees to find different important documents, content, and internal platforms that every employee of JetBrains should know.

This project sets out to gamify the process of onboarding employees, leading them around the different platforms using clues and puzzles where they will find the next piece of information they need to know.

Even this project had a go at improving onboarding, adapting their original concept of using the TeamCity Lego men booth swag to make onboarding webcomics for new employees to take them through their first day. 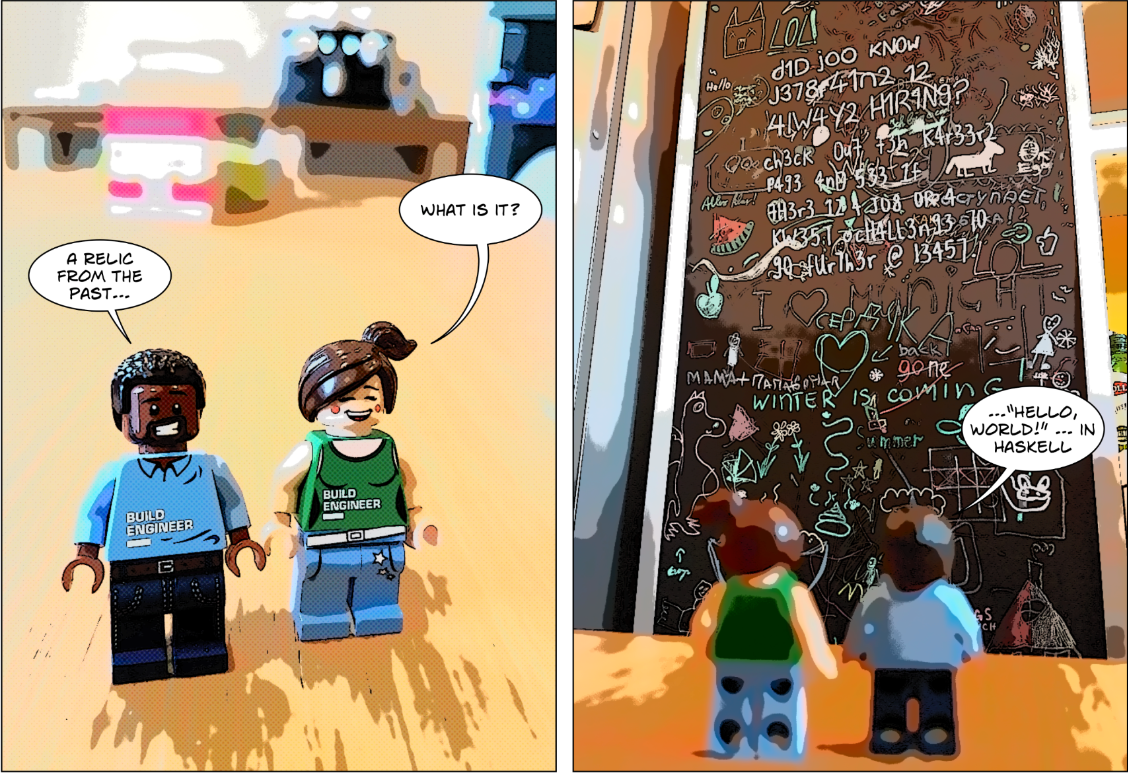 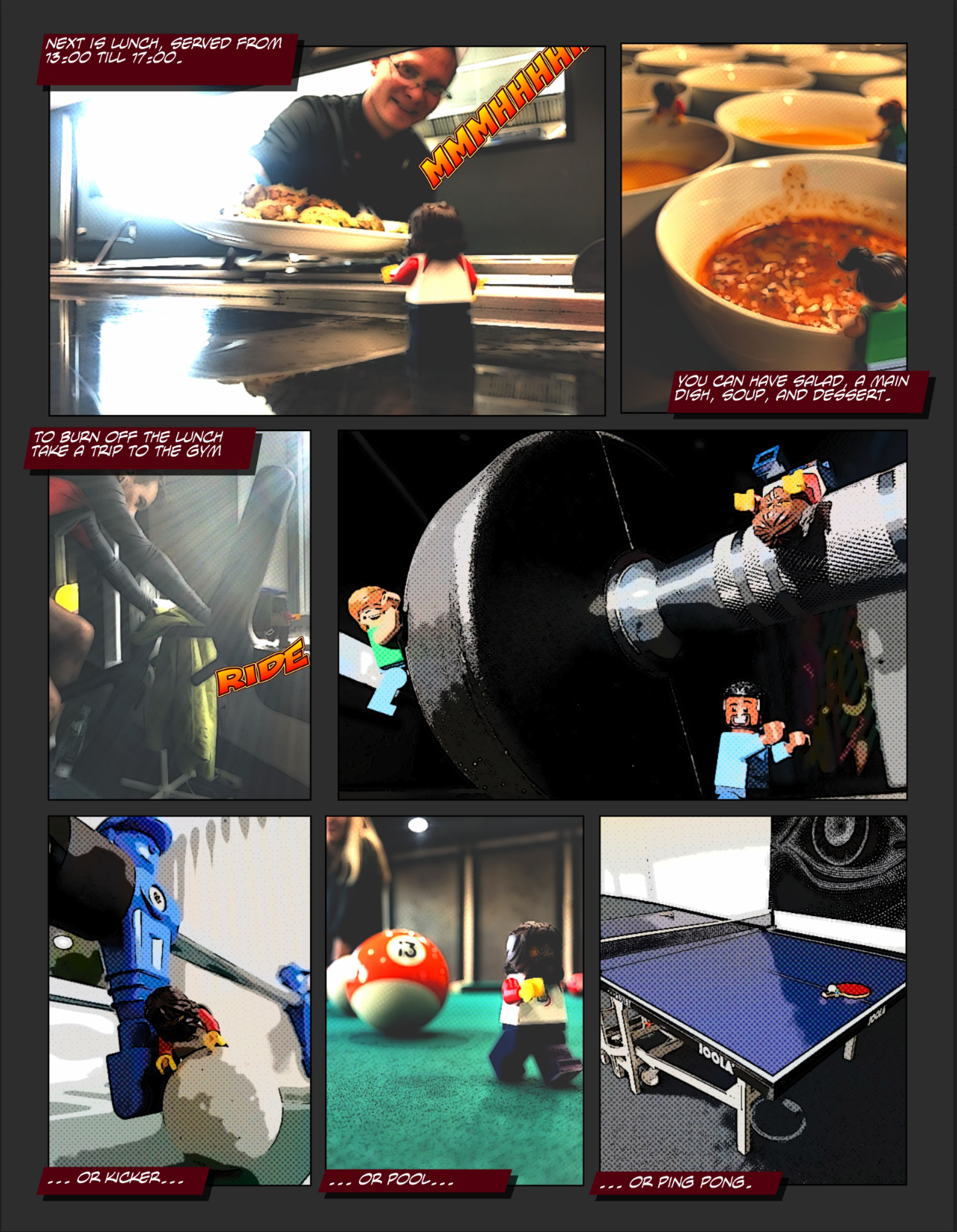 There can be only one grand prize winner. With its third mention in this blog post alone, the winner of JetBrains Hackathon 7 is…

This project won the hearts and minds of many JetBrainers this year. With no formal onboarding in place, this project really did tick a lot of boxes for what every new employee needs when coming into the company. It covered all the aspects of getting acquainted with JetBrains in a good amount of detail and was very easy to set up. 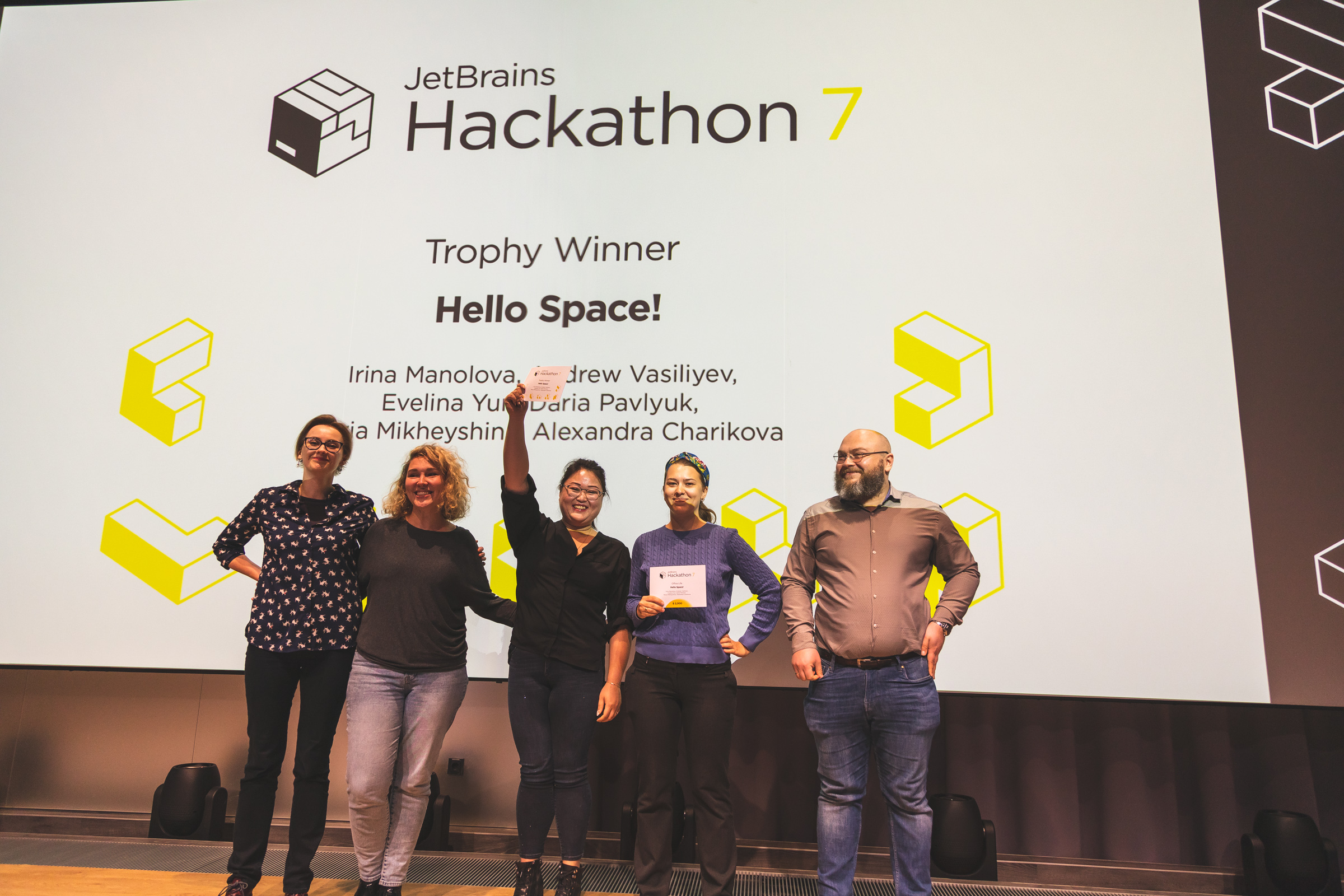