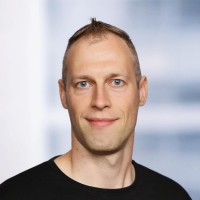 The summer in the northern hemisphere is over, and we are back with another update to the Toolbox App. A Space Desktop App is now available, localization has graduated from Beta, multiple emails in JetBrains Account are supported, and a number of other, smaller improvements are waiting in store for you.

When we first introduced integration with JetBrains Space earlier this year, we weren’t able to provide a way to install the Space Desktop App yet. Now, all technical issues have been resolved and you can easily install and update the Space Desktop App from the Toolbox App like any other tool. Please note that it auto-updates by default, similar to the standalone app.

Localization is out of Beta

The Toolbox App has been available in 8 languages (German, Russian, French, Chinese (Simplified), Spanish, Brazilian Portuguese, Korean, and Japanese) in addition to English for quite some time already. In this update, we’ve reviewed all the texts and labels in the application and made sure they are localized. But that’s not all – we’ve also added an ability to automatically switch your IntelliJ-based IDEs to the same language if supported!

For those of you using the Toolbox App in Chinese, Japanese, or Korean, it will automatically install a localization plugin into all your tools. You can disable this in Settings if you wish.

The Toolbox App now supports a new JetBrains Account feature called linked emails. This makes having multiple accounts redundant, so we no longer support adding more than one account. If you are already logged in to multiple accounts, they will continue to work until version 1.27, in which we’re going to remove multi-account support completely.

We recommend linking all your emails to a single account. After you link a new email to your account, you’ll need to log in to the Toolbox App again in order for the change to take effect.

On Windows, previously, the Toolbox App may have quickly appeared and disappeared in the taskbar. This is now fixed. Also, when you open an already running but hidden IDE, its window is now focused.

Please note that we are discontinuing Windows 8.1 support after this update. This version of Windows has reached its end of life. The next version of the Toolbox App will only support Windows 10 and newer.