Hello! It’s time for the new EAP build for 2017.1 which is going to be released later this March. There are several notable features, let’s take a look at them. 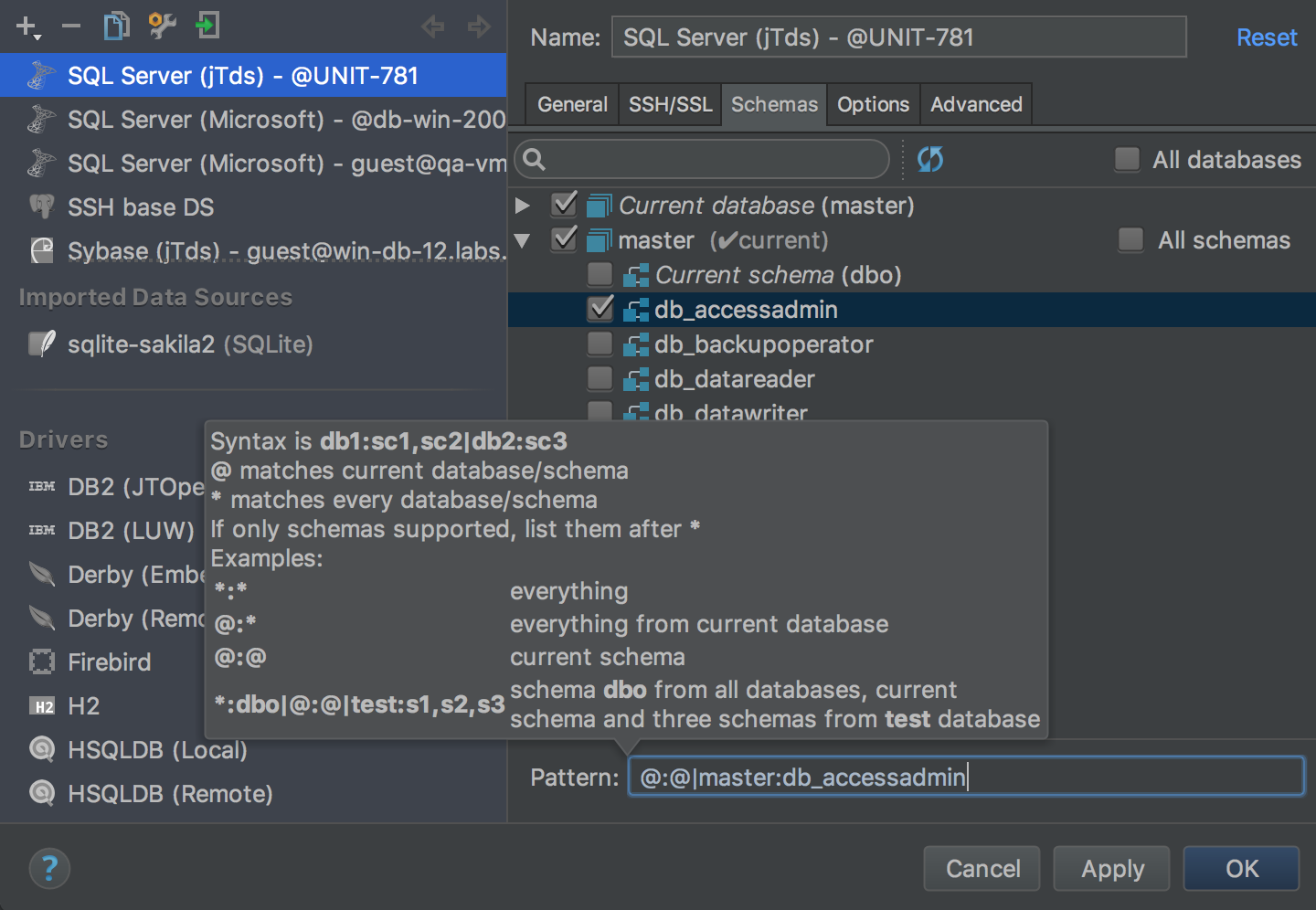 The Schemas tab comes back to the data source properties dialog. We added the Pattern field where you can describe what you want to be introspected. The Ctrl+Q (Ctrl+J for OSX) shortcut will give you information about the syntax.

Remember that the process information is available on the Database tab of Event Log. We added a link to the error file. 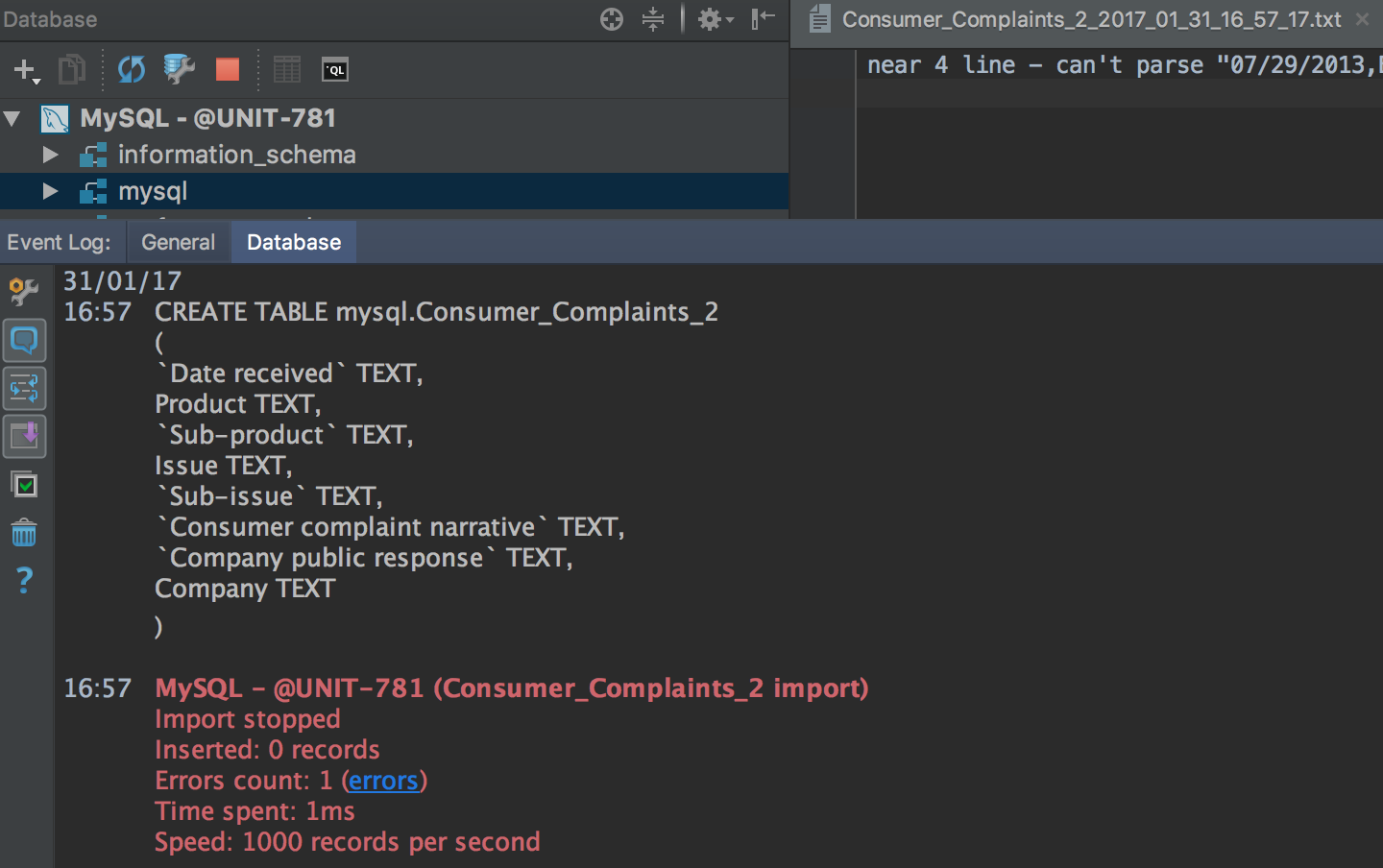 Also, importing itself has become much faster. For instance, a 50 MB file was imported for 2 minutes. Now it takes just 10 seconds.

The column details in the Modify Table dialog are now opened by double-cliсk.  We changed it based on your negative feedback on single-click opening. 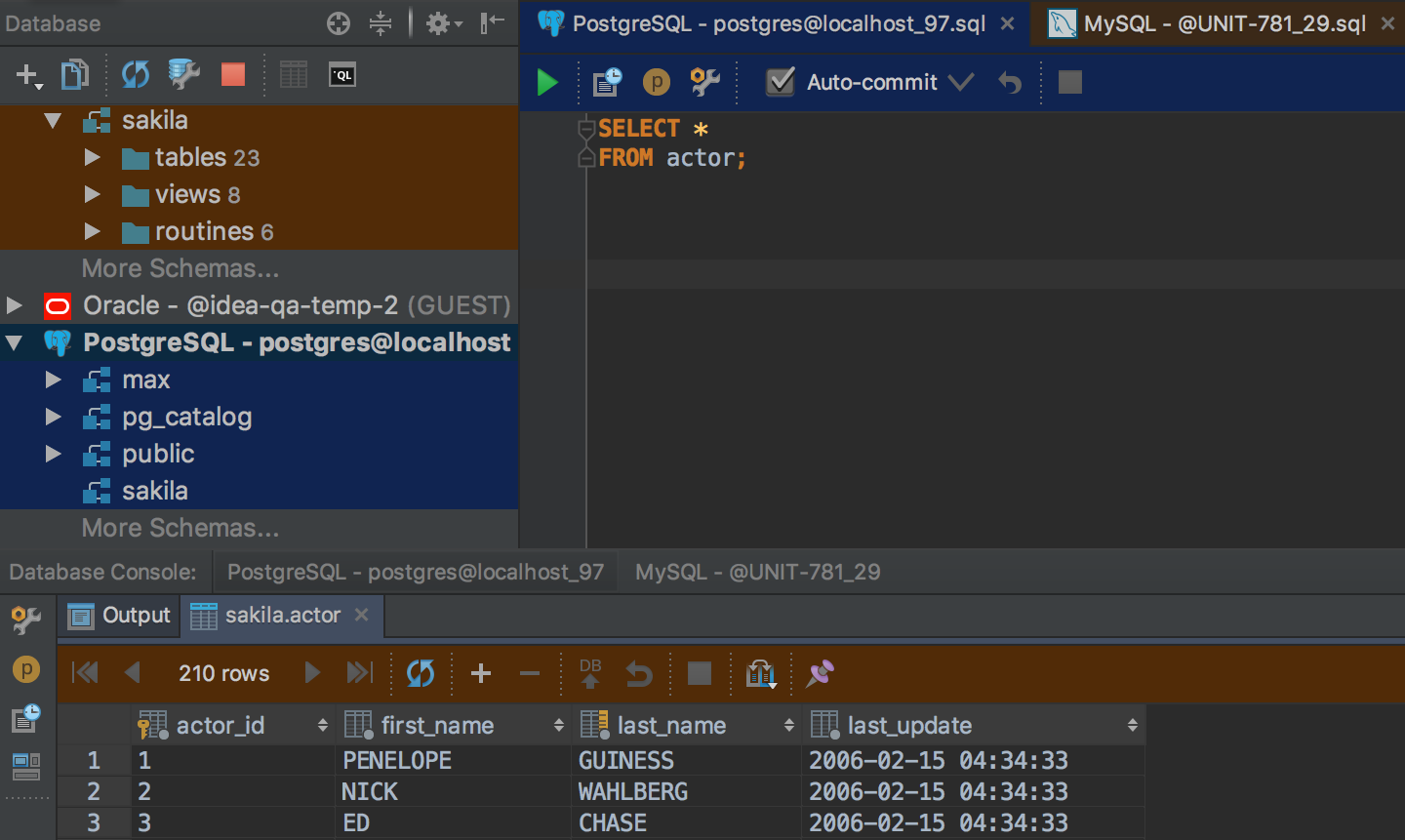 An amusing feature for MySQL: due to errors in MySQL grammar, a database cannot run queries with some combinations of parenthesis and UNION’s. Now DataGrip can handle these situations.

That’s it! Don’t forget about twitter, forum, and the issue tracker.

Hello, DataGrip fans! As usual, we want to share our new functionality with you before the official release happens. Here’s what you will find in DataGrip 2022.3. Of course, you can already try all of this out by downloading our EAP build. Let’s go! Database explorer Quick filter A long-awaited feature is finally here! Now, when using quick search, you also have the ability to filter objects. All non-matching objects will be hidden. Pattern-based schema filtering If you have lots of different schemas, this is for you. It's now possible to choose databases or schemas for