Hello! There is a long tradition of letting you try out our new product features before the official release, so welcome DataGrip 2107.3 Early Access Program. 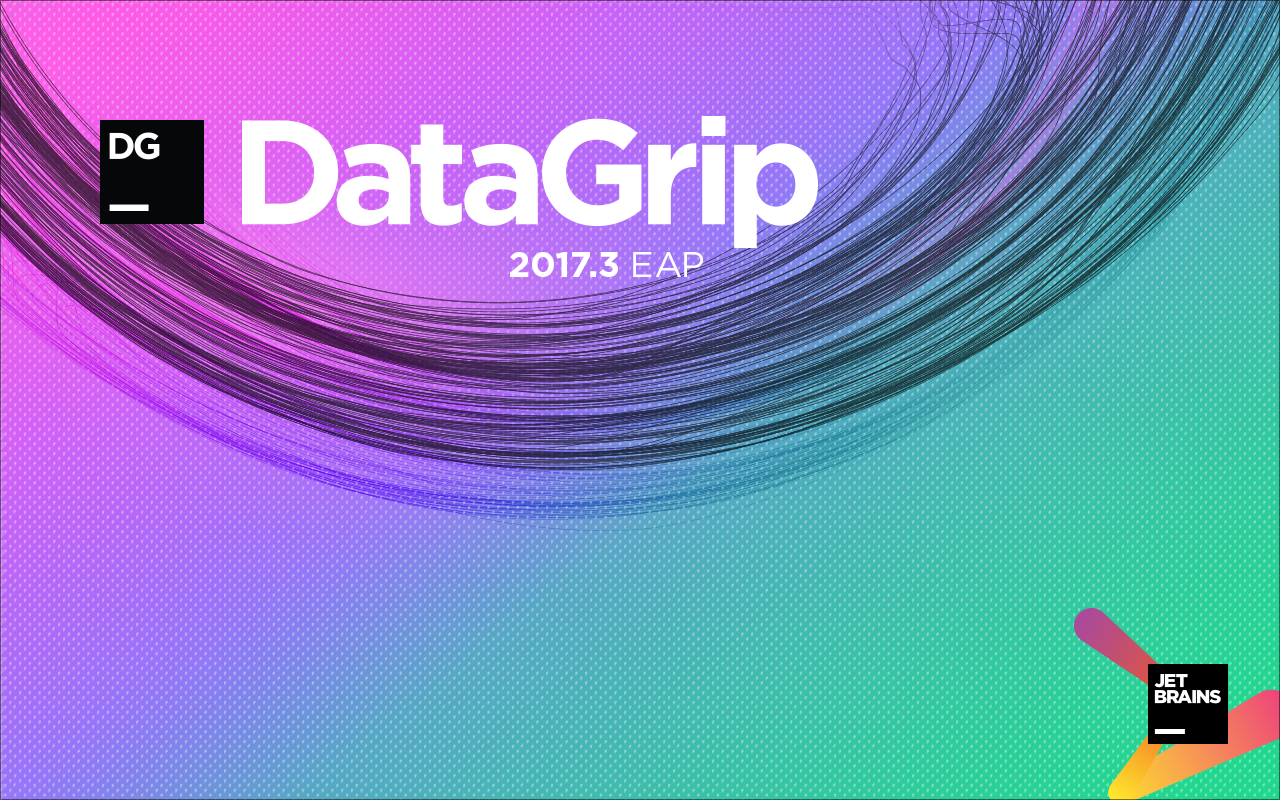 This version improves the workflow with consoles and files, adds new Execute actions and introduces right alignment of numbers. Let’s take a closer look at the new features:

Ability to choose a console

The context menu in the data source was upgraded. Choose Jump to Console and you’ll now have a menu which allows you to quickly switch between consoles which were created already. 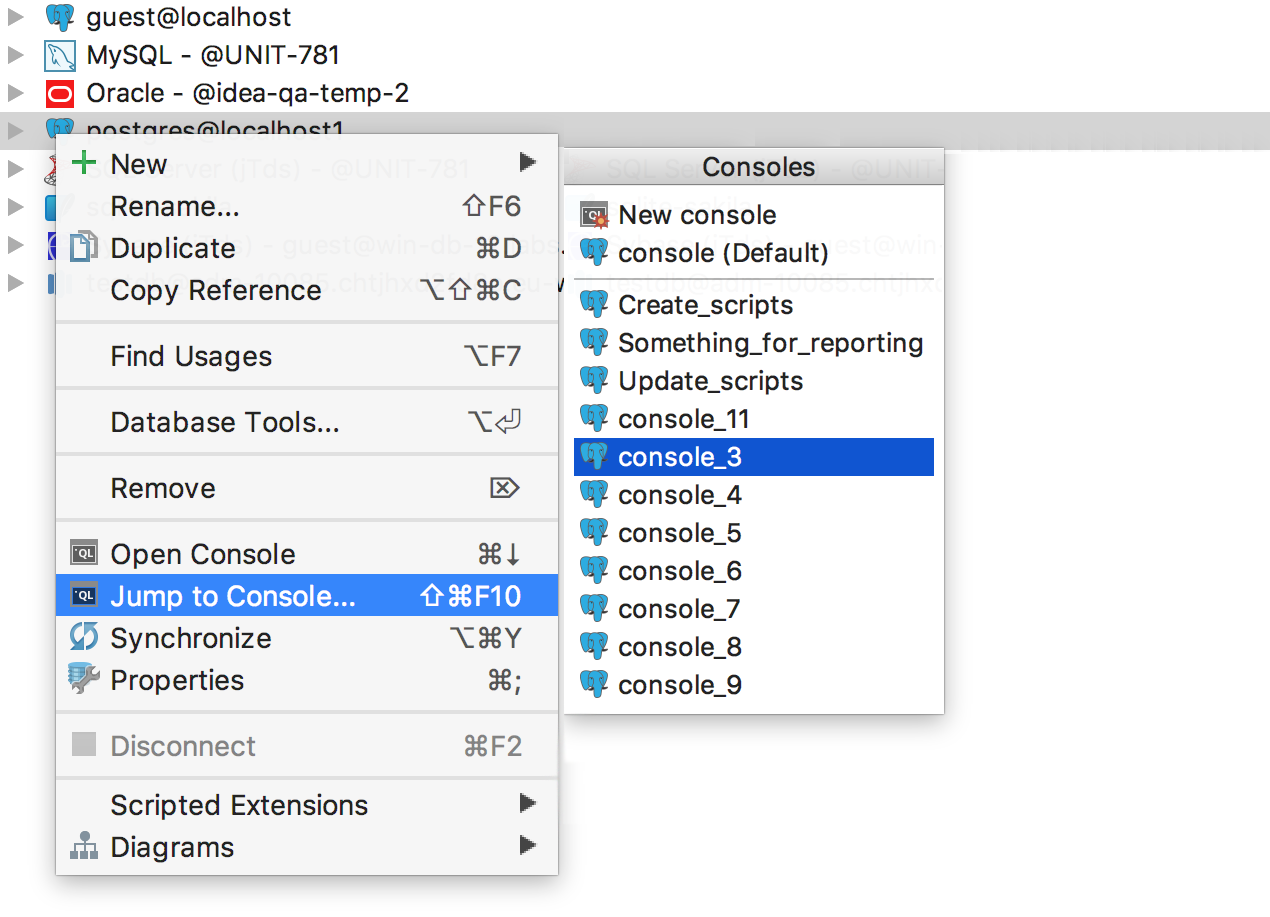 The same options will appear when attaching the console to a file. 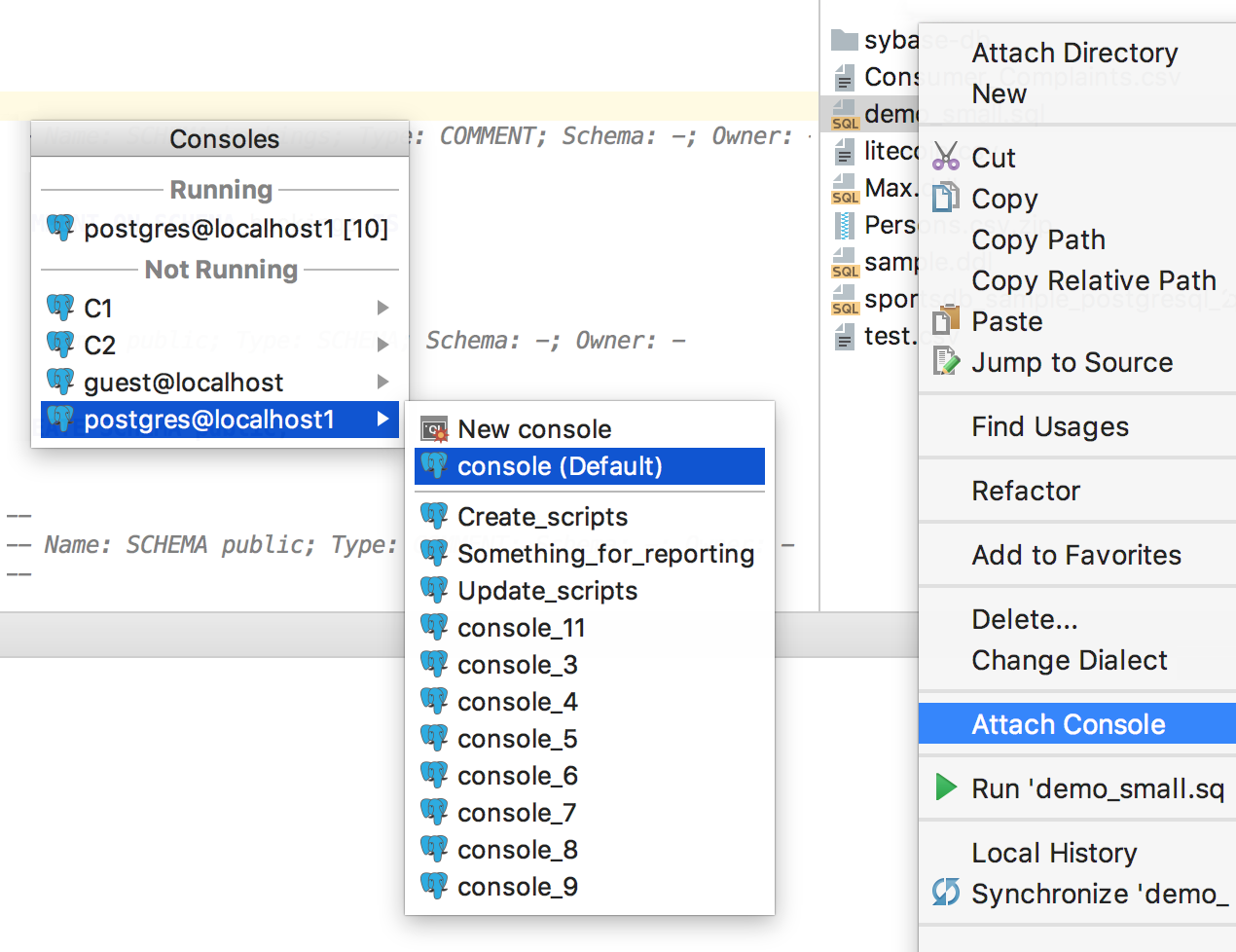 There was only one Execute action before; now there are three of them. Change the behavior, and assign shortcuts: they are completely independent. For example, you can create an action which will execute the whole script, without having to choose the exact query from the script.

It became even smarter! Now it offers you the variant with the complete clause.

For better readability, now DataGrip aligns the numerical data in the table editor with the right hand side of the column.

DataGrip now prompts you to choose a database/schema along with a data source when you try to run an SQL file from the context menu. 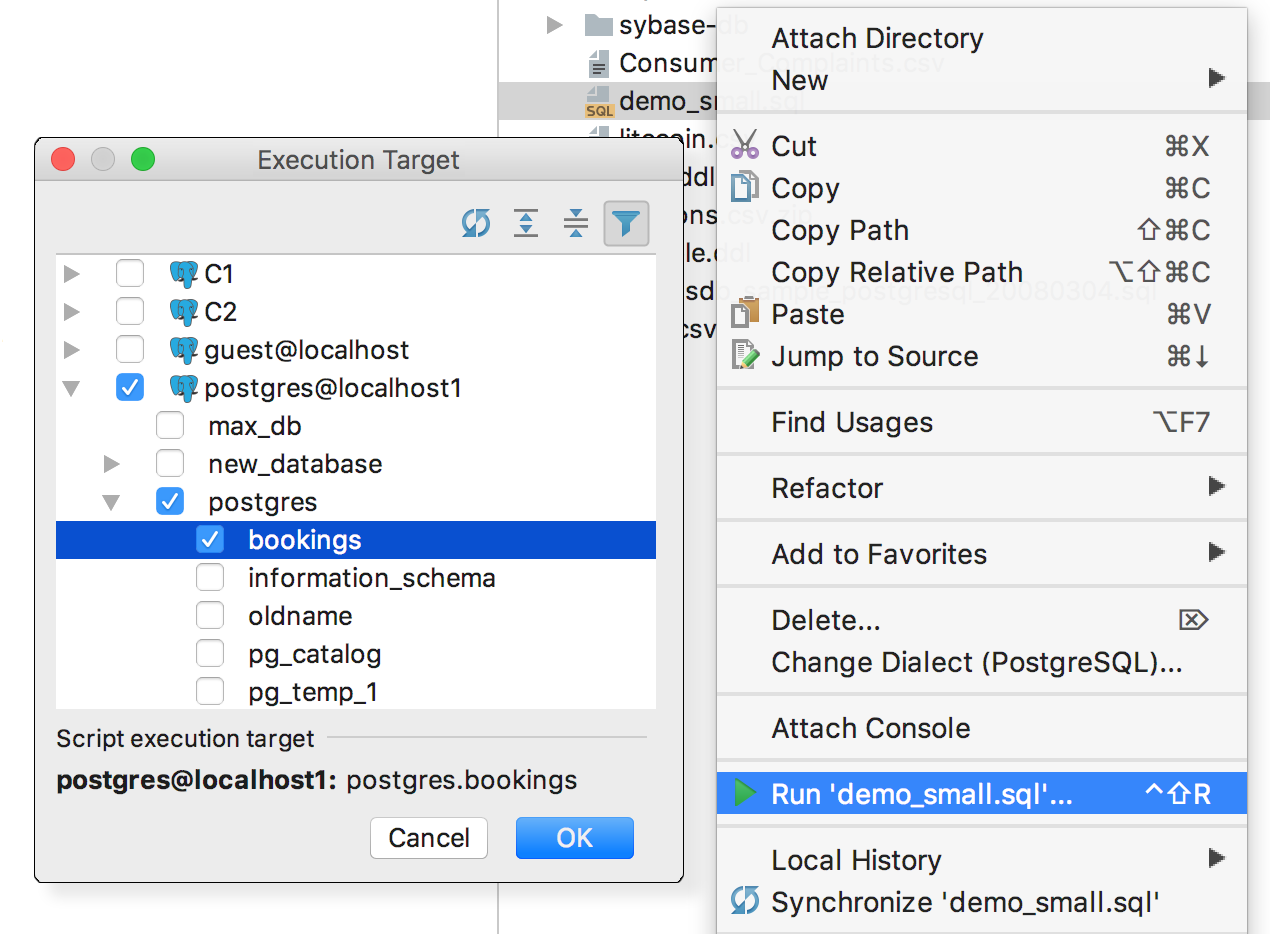 And there is a small improvement for those who didn’t like to use the mouse to choose the schema of the console or the search path.

Now there is an action called Set Current Schema. You can assign a shortcut or invoke it from Find Action (Cmd/Ctrl+Shift+A).

We added the support for Exasol database, thanks to authors for their help! And we’ll be happy to hear the feedback from those, who use Exasol. 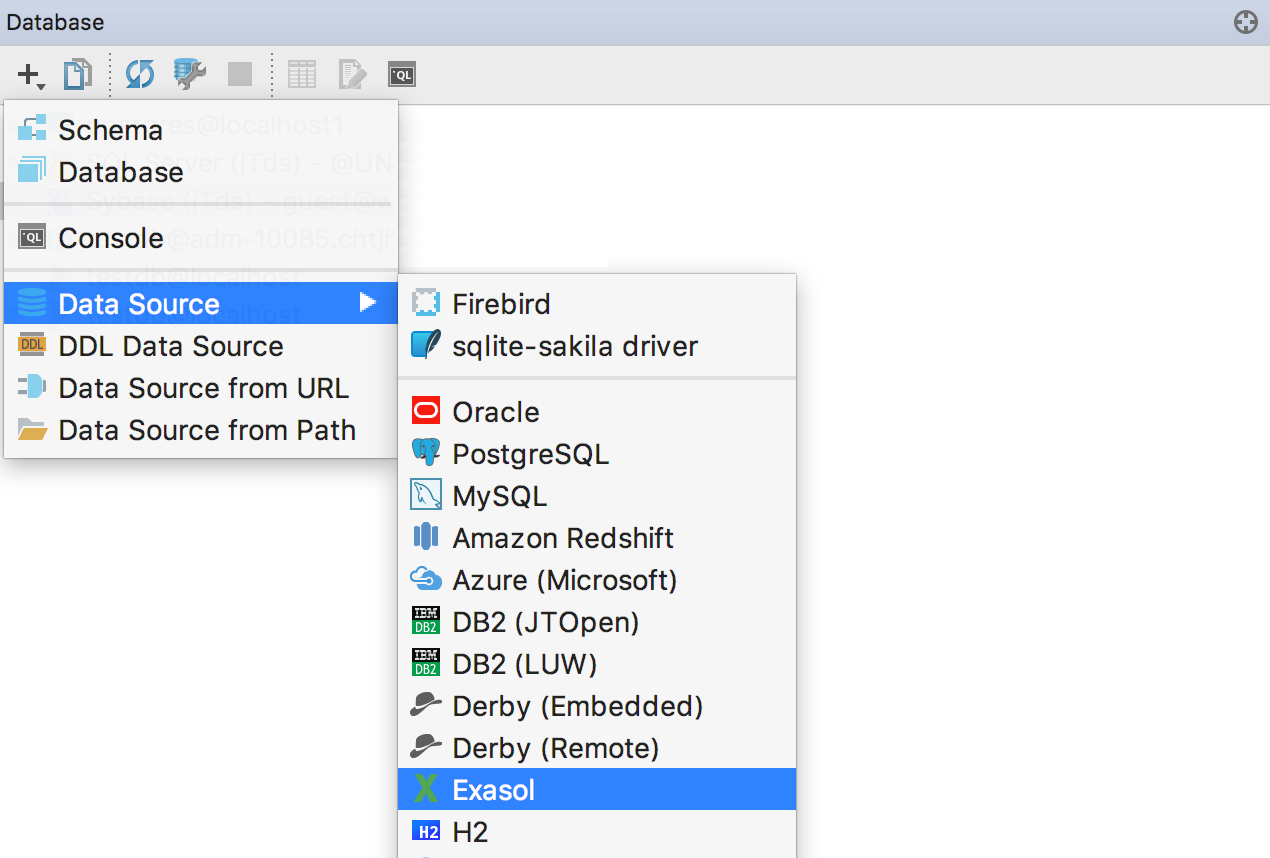 Other enhancements
– Time is always displayed in UTC.
– Generate DDL on tables node doesn’t include views anymore.
– DDL generation for tables is better.
– DDL generation in MySQL works with escaped quotation marks. But the fix can raise performance problems. See details.
– All attributes (except obj_file and ink_symbol) are generated in the function DDL for PostgreSQL.

That’s it! Your feedback is welcome in our twitter, forum and the issue tracker.

Hello, DataGrip 2022.2 EAP build #2 is available. Let’s take a closer look at what’s inside. Playground and Script resolve modes Resolving database objects in SQL scripts takes an understanding of what the objects mean. This is necessary for the IDE to provide you with correct code completion and treat the usages of the objects as links. In general, the resolve context should match the running context, but that is not a trivial task for DataGrip to handle. This is why there were, until recently, several resolve-related problems. Here’s what would sometimes happen: All the object

Hello! We’re starting our EAP program for DataGrip 2022.2. We would appreciate it if you could try out these new features and share your feedback with us – it will help us make the release better! Let’s take a look at what’s new in the first EAP build. Option to import multiple CSV files You can now select several CSV files and import them at once! New Modify UI The new Modify UI, a basic version of which was introduced in the 2022.1 release, has become the default option. Starting with version 2022.2, all of a table’s child objects can be added and edited using this new UI.