ReSharper 9 hits Beta along with other JetBrains .NET tools

Enough of early access to the family of .NET tools, it’s time for serious business!

As all of them are now available from a single installer, you can download ReSharper 9 Beta and choose to install only ReSharper or more of our .NET tools.

Read on for a recap of new functionality, the recommended way to submit feedback, and the list of major known issues. 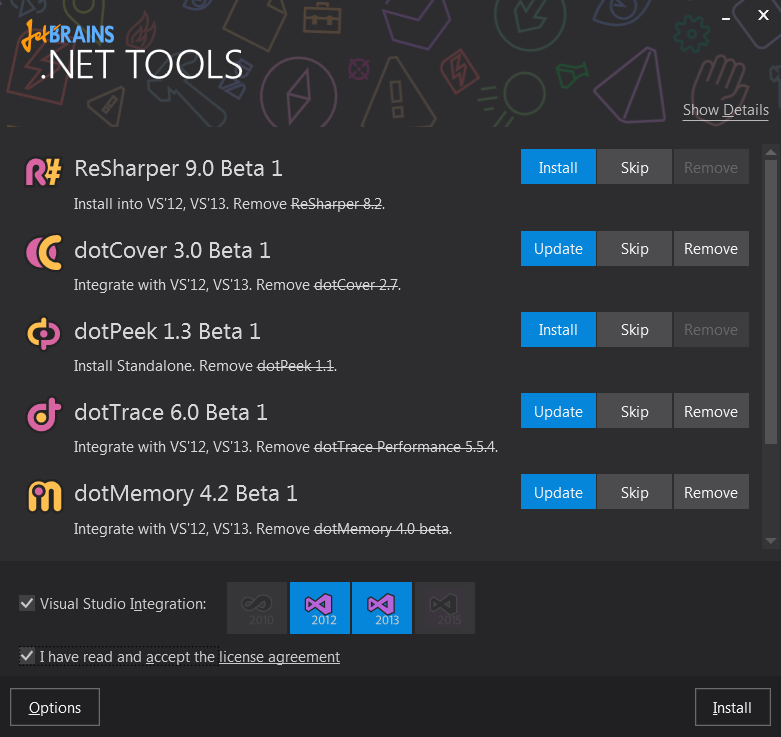 A recap of what’s new in these releases

Note that all JetBrains .NET tools now operate on a shared platform, which conserves resources when several products are running at the same time in Visual Studio.

We need your feedback as soon as possible

If you have ignored prior Early Access builds expecting to preview ReSharper and friends on a later stage, this is probably the time for you to give the updates a try. As we are on a very tight release schedule this time, we ask you to check the known issues outlined below, and if your system environment is fine, download and install the Beta releases. When you have them installed, if anything is not working, please let us know about any critical issues as soon as possible.

If anything is going wrong, the easiest way to let us know is select ReSharper | Help | Report a Bug or Submit Feedback. In the Feedback Center window that opens, you’ll be able to briefly describe the problem you’re having, and send additional info our way: from environment information to a screenshot of your Visual Studio window to a settings file or a snapshot of your solution’s structure. 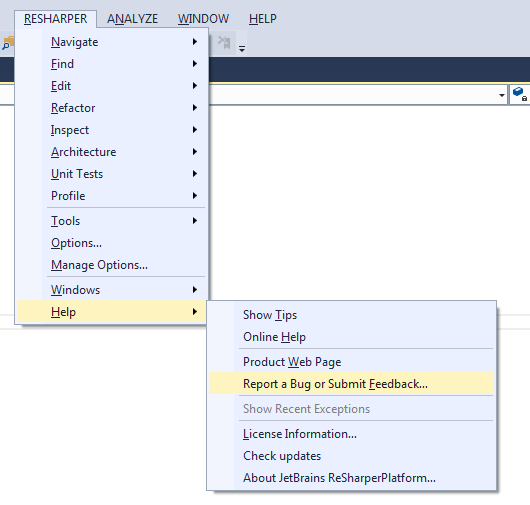 Some things are certain to go wrong. We know them, and you should know them, too. Here are major known issues of this Beta release:

Are you not affected by the known issues outlined above? Congratulations! Download the Beta installer and give it a ride!

dotCover dotMemory dotPeek dotTrace ReSharper
ReSharper and Visual Studio: Where do We StandReSharper 9 is Released along with dotTrace 6, dotCover 3, dotMemory 4.2 and dotPeek 1.3