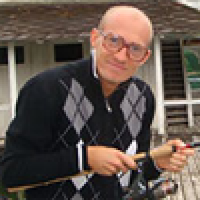 For those of you who are migrating to the new Visual Studio 2015 build, please download ReSharper 9.1.1 RC and accompanying updates to other ReSharper Ultimate tools.

Apart from support for the latest drop of Visual Studio 2015, the new ReSharper Ultimate update adds per-machine installation, introduces hot fixes in code completion and source templates, as well as lots of improvements in ReSharper C++.

Note that ASP.NET 5 Beta 4 is not supported so far but the final 9.1.1 release in a few weeks will add support for that as well.

By the way, JetBrains is at Build 2015 with a stand. If you’re at the event, come by and say “hi” or discuss the present and future of JetBrains tools for Visual Studio.

OK. Let's go to work! If you're at #bldwin come over to the JetBrains stand and say hi. After the keynote, that is. pic.twitter.com/e0SESy0biG

Speaking of Build 2015, Microsoft has also announced Visual Studio Code which is a cross-platform code editor with support for .NET applications. In case you’re wondering, we currently have no plans to integrate with this editor since it’s not extensible.

Join us Tuesday, April 27, 2021, 16:00 - 17:00 CEST (10:00 AM - 11:00 AM EST or check other timezones) for our free live webinar, OSS Power-Ups: Snoop, with Bastian Schmidt. Register now and get a reminder, or join on YouTube This is the third episode of our OSS Power-Ups series, where we want to put a spotlight on open-source .NET projects. Snoop is the swiss army knife when it comes to analyzing

Routing is at the core of ASP.NET development. In the latest 2021.1 EAP builds, ReSharper and Rider now offer some excellent new functionality to work with routes and route templates in ASP.NET. Let’s take a look what the .NET tools can do for you. Structural navigation in route templates Structural navigation allows you to navigate through code constructs without using the mouse or a complex key

Object-oriented programming is a popular programming paradigm. Many developers create object models for use in object-oriented systems. When those models are built, they often need to undergo some refactoring so that they are efficient, readable, and maintainable. ReSharper is there to help you make your object models better. Refactor classes You may have created a specific class such as a Checkin