Below is a quick overview of what this update has to offer today.

The initial build of ReSharper 9.2 EAP is mostly about bug fixes in TypeScript support, IntelliSense and C# code analysis.

First and foremost, it introduces a unit test runner for Google Test. This lets you invoke tests and test cases contextually from the text editor: 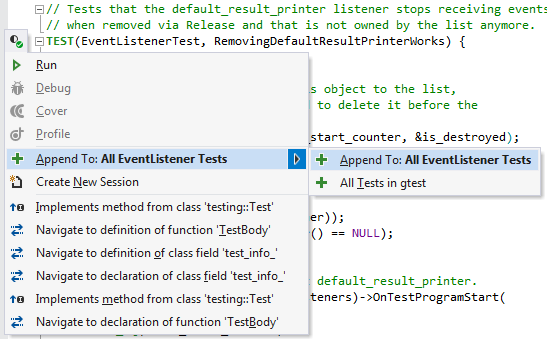 Similar to how the mainline ReSharper supports other unit testing frameworks, you have Unit Test Explorer and Unit Test Sessions tool windows to view, group, filter and run unit tests, as well as to create and manage unit test sessions. 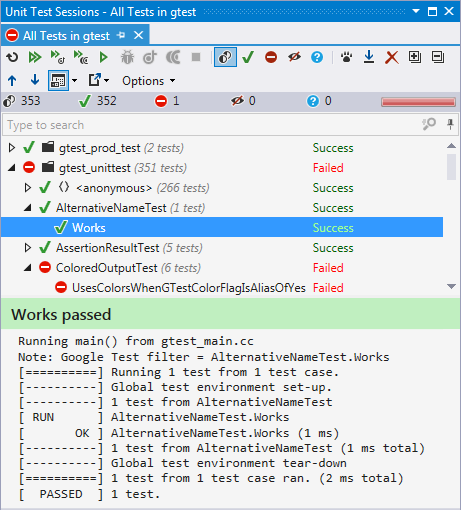 At this point you can’t debug unit tests with ReSharper C++ but expect this to change soon.

In other news, ReSharper C++ 1.1 introduces a new refactoring, Introduce namespace alias, available via its Refactor This menu:

As soon as you invoke the refactoring, it suggests defining a scope that you want to introduce a namespace alias for:

Rounding up a feature set for ReSharper C++ 1.1 is a new hierarchy view called Includes Hierarchy which, quite naturally, helps you visualize and figure out your #include dependencies: 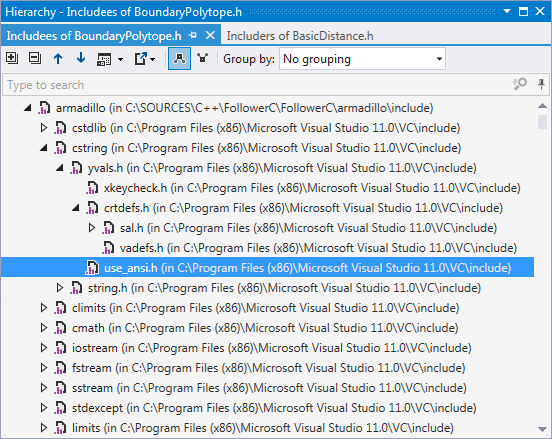 dotTrace 6.2 EAP introduces a new Incoming HTTP Requests event in Timeline mode that helps you indicate time intervals where your web application processes incoming HTTP requests. This includes the time between receiving a request by the server and sending a response. When the Incoming HTTP Requests event is selected, the Filters window contains two sub-filters: URL to determine how much time does a request to a particular URL take, and Method to check the distribution of time between requests with particular methods. You are encouraged to provide your feedback on this feature right here on the blog or in comments under feature request DTRC-10192.

EAP builds of dotMemory, dotCover and dotPeek haven’t received any notable updates so far but we expect this to change as the EAP progresses.

ReSharper SDK will be published later, along with one of the upcoming ReSharper EAP builds.

Feel free to download EAP builds and let us know how this update is working for you.

Early Access is a great time for you to provide your feedback, so please feel free to submit any issues with EAP builds to issue trackers for ReSharper, ReSharper C++ and dotTrace.

Stay tuned for more EAP builds in coming weeks. Considering that Microsoft has just set Visual Studio 2015 release date to July 20th, we’ll be looking to wrap up this Early Access Program within a month and come up with ReSharper 9.2 RTM in August, as announced earlier.