Read on for the main highlights of this release:

In addition to 750+ fixes, major highlights of ReSharper 2016.2 are the following:

Other ReSharper Ultimate tools have received their shares of improvement as well.

Recursive call stacks can be deep and difficult to analyze. Previously, Timeline Viewer would show call stacks “as is”, i.e recursive calls were simply shown as they were called: one after another in the stack trace, which would lead to long scrolling. With dotTrace 2016.2 Timeline Viewer, you can easily fold such calls to streamline stack analysis. 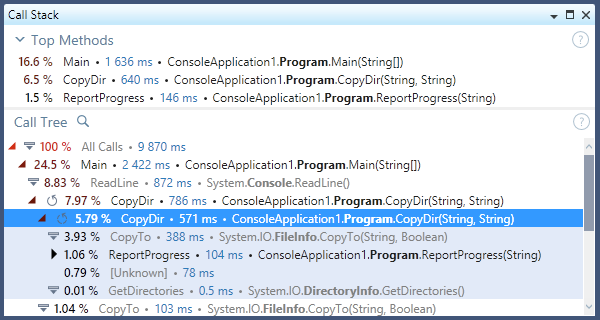 dotMemory now allows you to compare memory snapshots stored in different workspaces: that is, collected in different profiling sessions. This can be useful to check how particular changes in code affect your application’s memory usage. All you need are two snapshots taken before and after making the changes.

For the full list of fixes in dotMemory 2016.2 please refer to release notes.

If you have an active subscription for ReSharper, ReSharper C++ or ReSharper Ultimate, we encourage you to start using 2016.2 straight away.

As we have just recently switched to subscription licensing, some of you may still use older, pre-subscription licenses. If you are not sure whether your licenses are eligible to use with 2016.2, or if you need a formal quote or any other assistance, please get in touch with JetBrains sales anytime.