We’re always excited to ship Rider test runner updates to our early adopters. Developers running the latest Rider 2020.1 EAP may have noticed some positive changes to the unit testing window and the test runner.

Let’s walk through some of the more notable enhancements: reworked toolbars that make working with sessions and individual tests easier, a grouping of various test statuses that help spot which tests need some more attention, and various other updates. Here we go!

The unit testing toolbar now looks better than it did in previous releases. There are some subtle and not-so-subtle changes in the screenshots below.

On the not-so-subtle side of things, we’ve combined some of the abilities from the top toolbar into the left-hand toolbar. Running the full test session or individual tests can be done from the first two “run” icons on the left. Profiling and debugging tests have been merged under the run all/run one buttons.

In the top toolbar, we’ve added a filter that helps us sift through large lists of unit tests, and helps find those we want to work with. Some additional filtering and grouping actions can also be found in the top toolbar.

Speaking of filtering and grouping…

Rider now groups “Failed”, “Aborted”, and “Inconclusive” tests together in the toolbar under one icon. This enhancement lets us reason about two logical groups: generally failing tests and passing tests.

When we need a more granular classification, we can ungroup the distinct statuses by toggling Merge Broken Status Filters in the top toolbar. We can see each status separately after unchecking this setting: 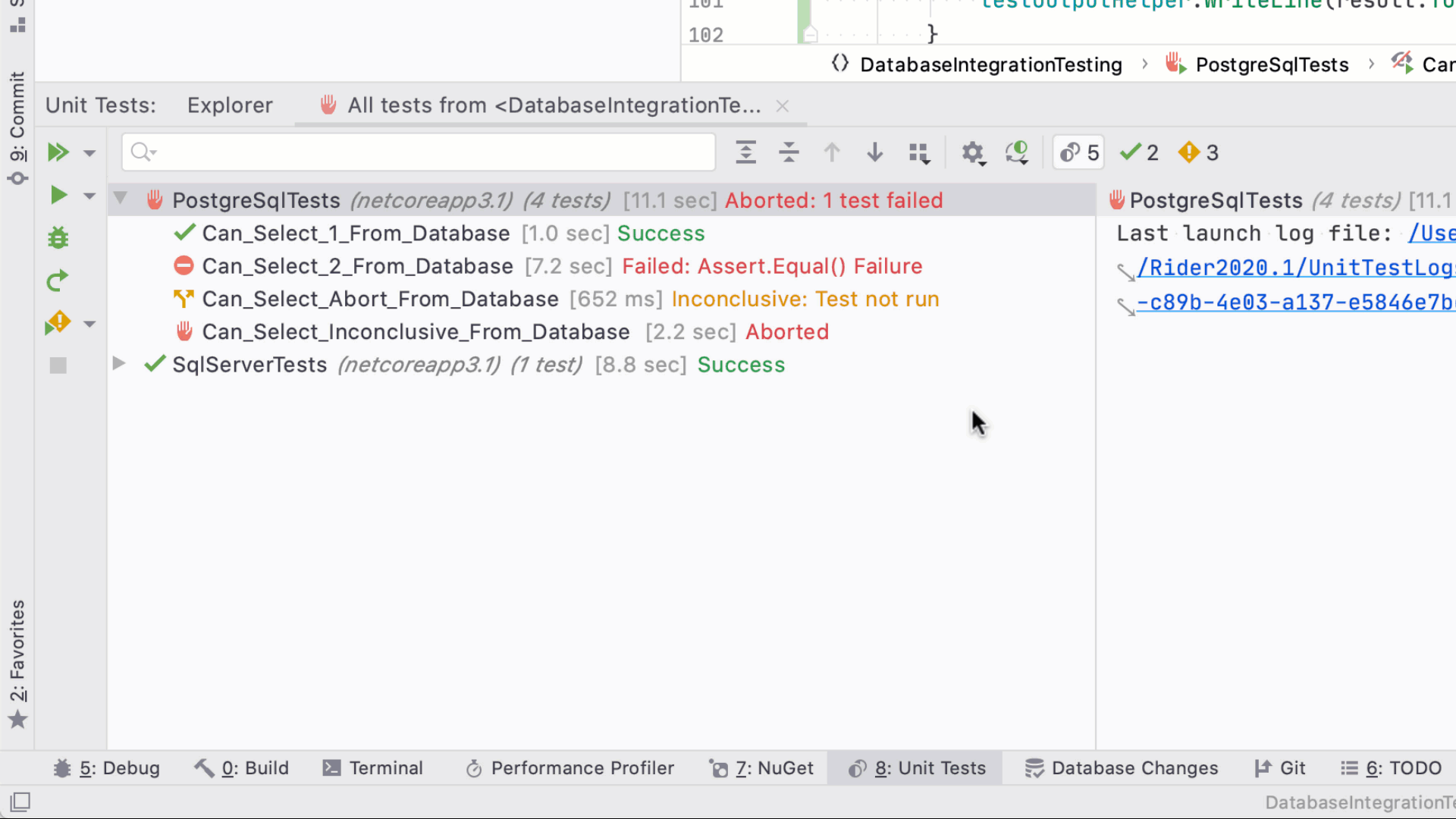 We can now also group tests by test hierarchy, project structure, projects, namespaces, and much more. 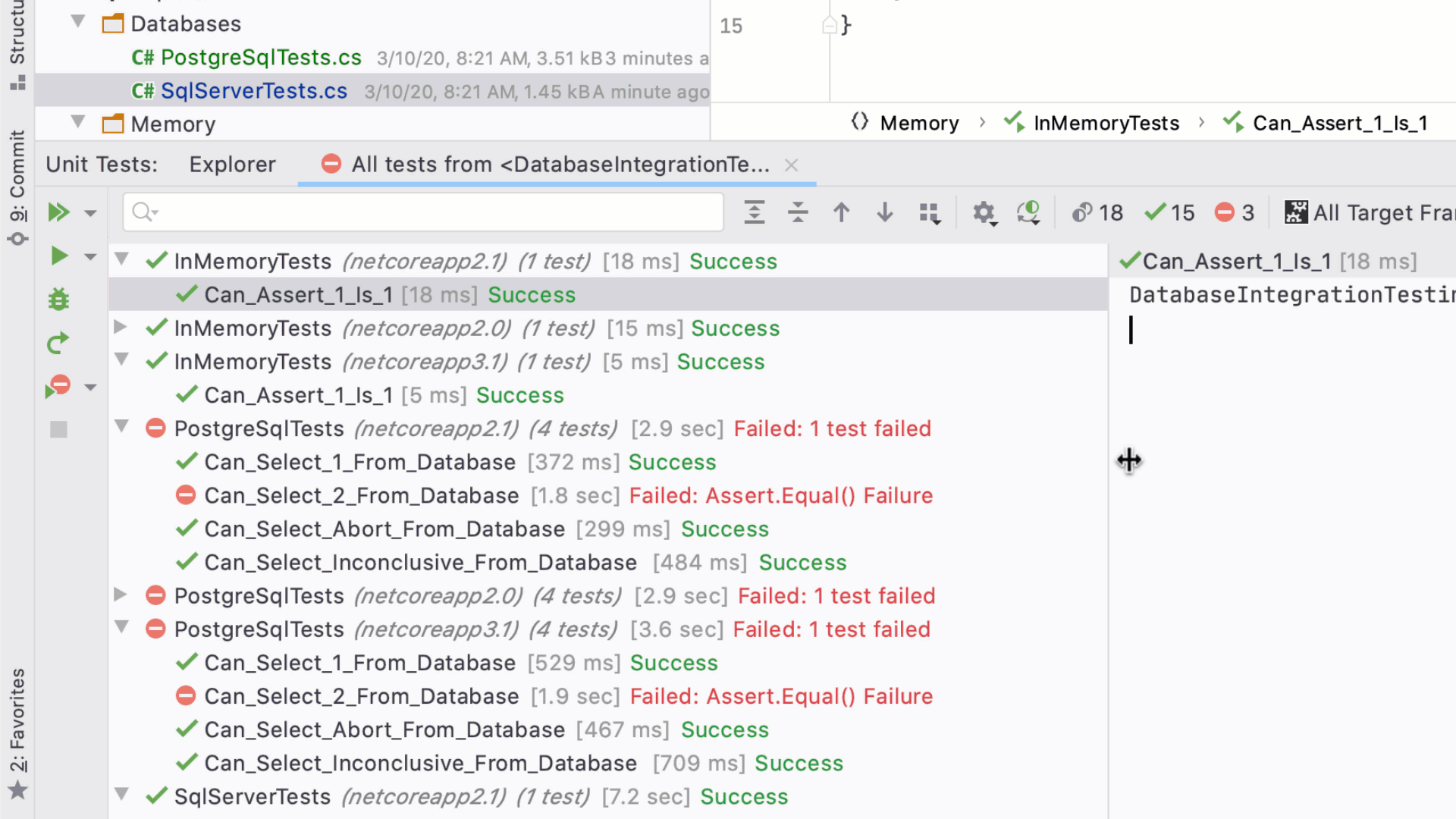 In addition to the grouping presets, we can customize our own groupings by toggling the provided categories in the order in which we want to hierarchically display our tests. The grouping categories include Target Framework, Project, File System, Namespace, Category, and Duration. 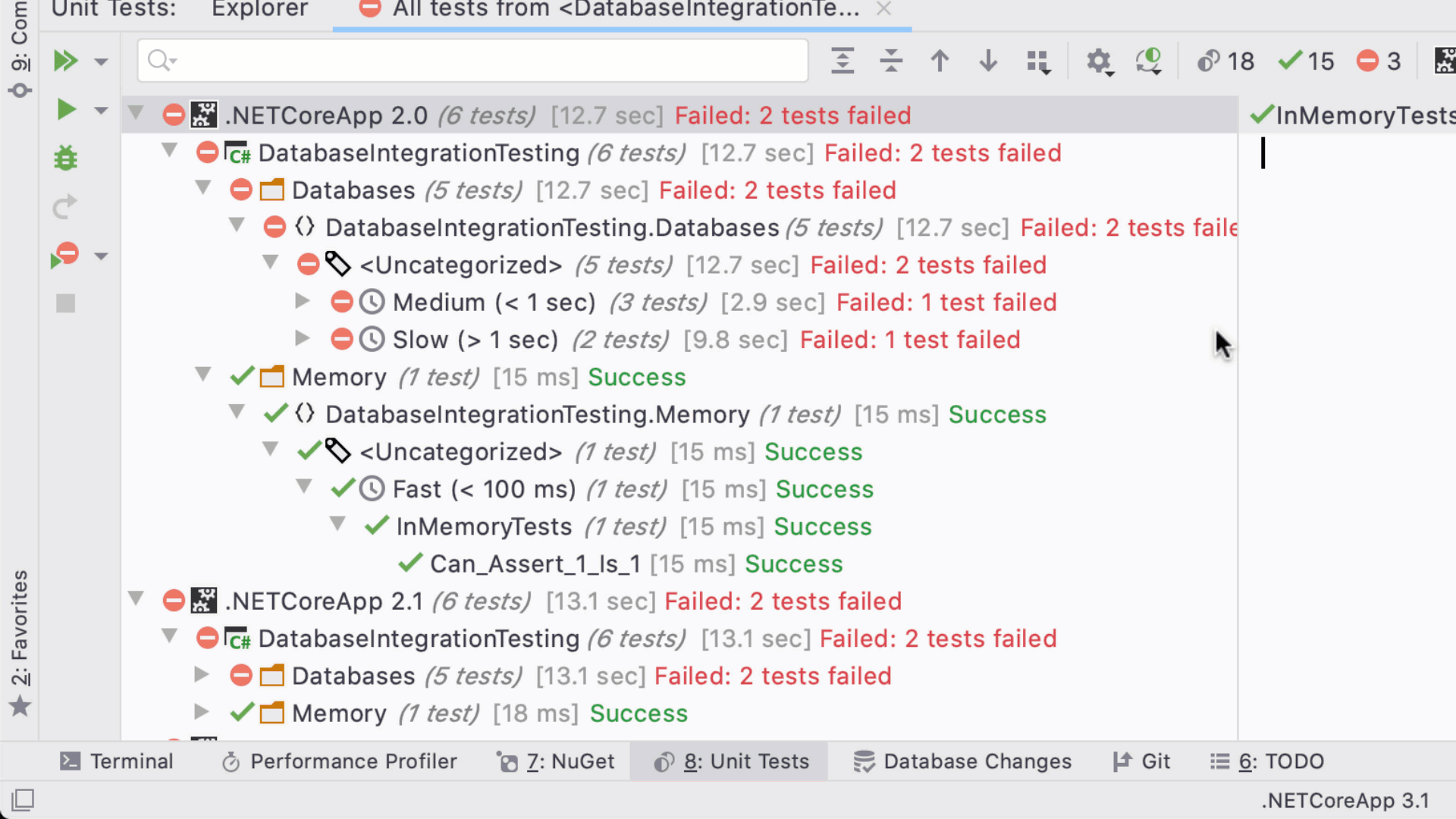 Unit testing has seen many enhancements that we think developers will love. As always, we would love to hear feedback from our early adopters.