Webinar: “New UI for Your IDE: A Glimpse Into the Future”
New UI newsletter
Webinars

Join us Monday, October 31, at 5:00 pm UTC (check other timezones) for our live webinar, New UI for Your IDE: A Glimpse Into the Future with JetBrains Developer Advocates.

This webinar features GoLand, IntelliJ IDEA, PyCharm, and WebStorm. Please note that the new UI is a work in progress.

JetBrains released our first IDE in January 2001. Since then, there have been many incremental changes to the UI we know and love. Recently, we’ve made the most significant leap in UI design since the launch. The New UI will improve the user experience with all products, and we know you’ll love its fresh perspective on productivity.

In this webinar, join our JetBrains Advocates as they share the New UI with you, giving you a glimpse at some of the visual improvements for IntelliJ Platform IDEs. Then, follow along as they code, run, and debug projects in the New UI while offering advice and answering your questions.

Helen Scott is a Java Developer Advocate at JetBrains. She has worked at numerous software companies in the last 20 years and has experienced the development cycle at all stages in various roles throughout that time. Helen loves to learn new tools and technologies, create content about that journey and share it with the community.

Paul Everitt is a Developer Advocate at JetBrains. Before that, Paul was a co-founder of Zope Corporation, taking the first open source application server through $14M of funding. Paul has bootstrapped both the Python Software Foundation and the Plone Foundation. Prior to that, Paul was an officer in the US Navy, starting www.navy.mil in 1993.

Khalid Abuhakmeh is a .NET Developer Advocate at JetBrains. He has worked with .NET for over 15 years in various organizations. Khalid is also known for his blogging about .NET topics and helpfulness on social media platforms.

Last week we held the Let’s Talk About You and GoLand webinar. We talked about advanced debugging features, refactoring essentials, and the top editing features that GoLand has to offer.   The webinar was presented by Florin Pățan, author of many GoLand blog posts and a frequent webinar speaker. He was joined by two special guests, GoLand team lead Artem Khvastunov and GoLand developer Marat Khabibullin.  If you missed the webinar, don’t worry, we have a recording for you to watch:  https://youtu.be/XWIIrNQRUg0 Q&A During the webinar Florin and the GoLand te 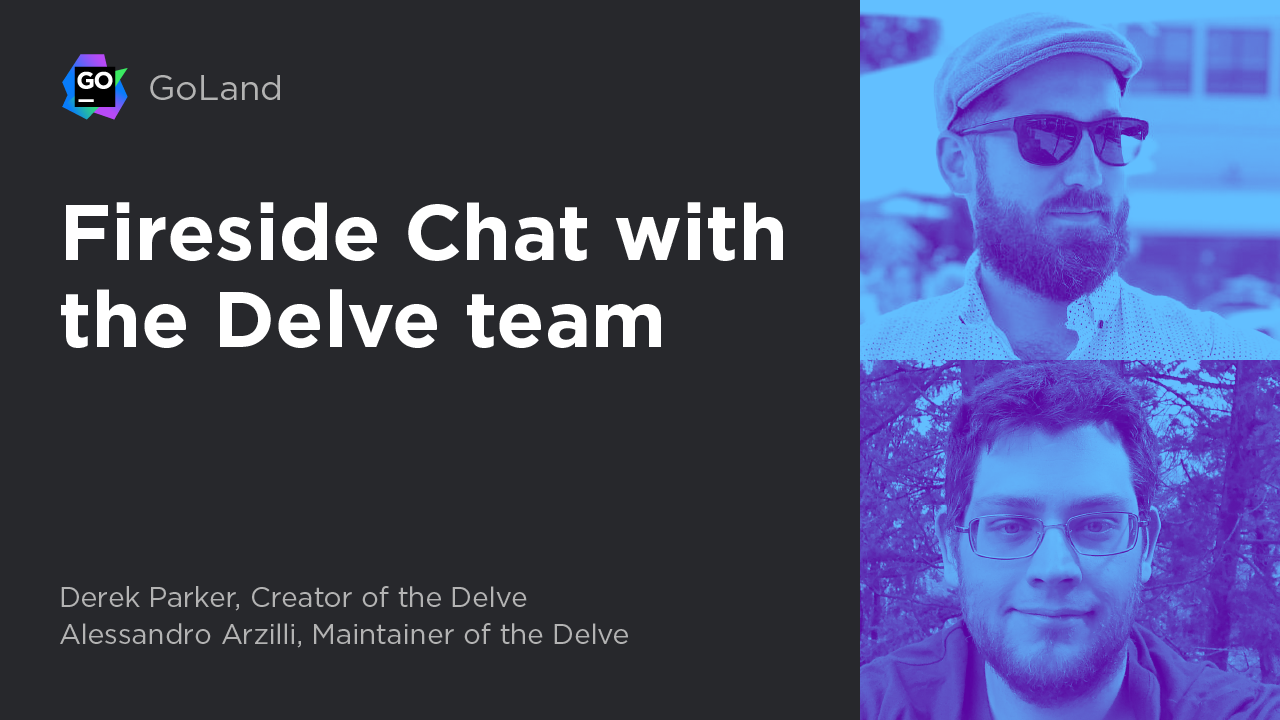