Working with Kotlin in Android Studio

With the release of M6, we announced support for Android Studio. Let’s take a deeper look at how to get up and running with Android Studio and Kotlin.

Much like with IntelliJ IDEA, to install the Kotlin plugin you need to click on Preferences (Settings) and select the Plugins entry. Easiest way is to just start typing plugin as soon as the dialog pops up. 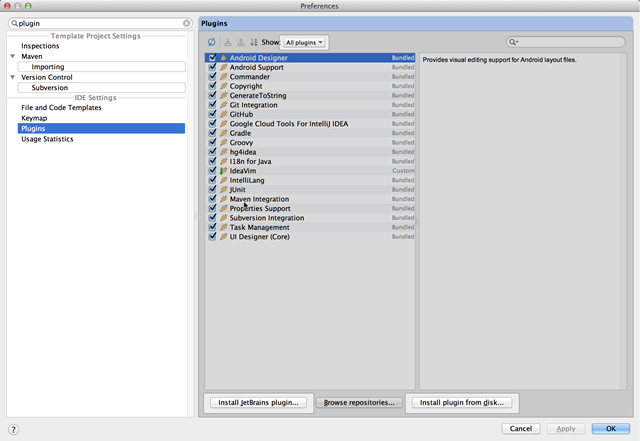 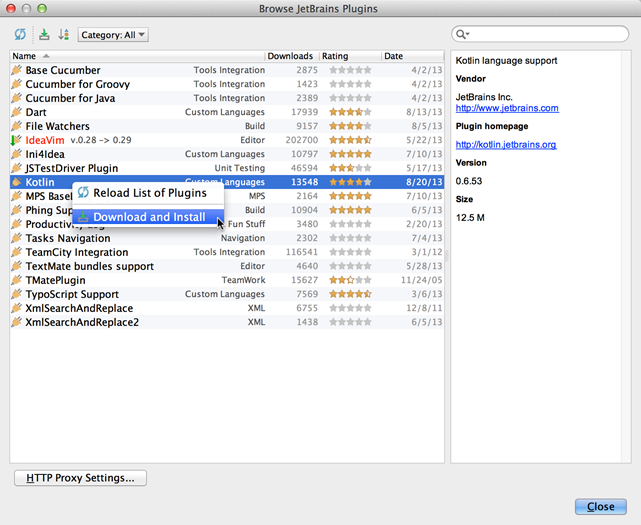 Setting up the Project

Android Studio uses Gradle as its build system and part of the effort involved in supporting this environment was adding Gradle support for Kotlin.

A typical Android Project has the following layout 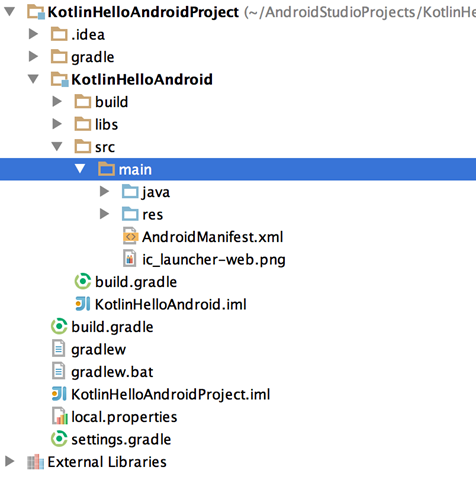 where the source code for the project is located under the folder main/java. Since we want to use Kotlin (we can mix and match both Java and Kotlin the same project), we need to create a new folder under main, named kotlin. In the Gradle script we’ll later define this folder as a source root. 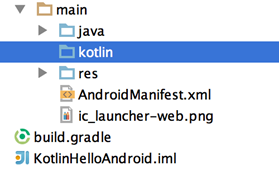 We need to set up some dependencies and source folders in the Gradle configuration. Open the build.gradle file and copy the following

Update: Replace “0.6.+” with the version of Kotlin plugin you have installed.

The parts relative to Kotlin are highlighted in bold:

Specifying the sourceSet will automatically mark the folder we created previously (main/kotlin) as a Source Root in Android Studio.

Once we have the Gradle file updated, we should be able to successfully build Android project written in Kotlin.

The easiest way to try out Kotlin with Android is to create a default Android project and convert the code to Kotlin, which the IDE can do for us.

Once the project is built we should now be able to run it.

Most likely going to be asked questions

Can I combine Java and Kotlin in the same Android Project?
Absolutely. In fact, check out our GitHub repository for some samples.

Can I use nightly builds of Kotlin?
Yes you can. Just update the Gradle project to point to the snapshots and add the corresponding repository.

Are there any more goodies you forgot to mention?
Now that you ask, we also have some External Annotations for the Android JDK. Android Studio will automatically prompt you to add these to the project.

Although we’ve been using Android Studio in this post, please note that doing Android development with Kotlin is also possible with IntelliJ IDEA and has been available for quite some time. As always, we appreciate any and all feedback.