Please welcome ReSharper C++ 2017.2! This is the second annual ReSharper C++ release, packed as usual with new features and bug-fixes.

Take a look at the What’s New page for a quick overview, or continue reading for a deep dive into the highlights of this release:

Visual Studio 15.3 comes with a significant update for its C++ toolset. The following new C++17 features introduced in 15.3 are now also supported by ReSharper C++:

Unfortunately, structured binding declarations from C++17 are not yet supported, but they are top-of-the-list for our next release.

On a related note, another important change in the 15.3 toolset is partial support for two-phase name lookup. It has to be manually enabled through the /permissive- conformance switch, but MSVC’s team plan is to turn conformance mode on by default in the next major compiler revision. If you want to move your code forward and make it fully two-phase clean, ReSharper C++ can be a great aid since it has been using two-phase name lookup since the beginning. You just need to pay attention to warnings inside template code—for example, ReSharper C++ will point out lookup errors during the first phase of lookup:

For help with errors related to two-phase name lookup, we have suggestions about missing template and typename keywords in dependent code:

There is some news about C support as well. ReSharper C++ now implements anonymous structures, a Microsoft C extension that allows declaring a structure variable within another structure without giving it a name. Members of anonymous structures can be accessed as if they were members in the containing structure. This extension is limited to C only, but it is supported both by Clang and GCC with the -fms-extensions option. 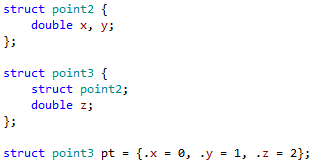 If you need to override a few functions from a base class, there is now an alternative to using the Generate overriding members dialog. Virtual functions that can be overridden will be included into the completion list when you complete inside a class body. When selected, these completion items will insert a full function declaration. To continue, you can use Generate implementation or Generate inline implementation – either context action will create a function body. 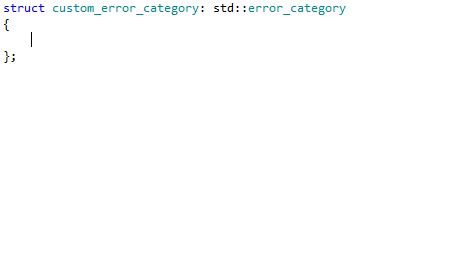 Finally, the Generate constructor dialog got a new option, Make empty constructors = default. As the name suggests, with this option enabled ReSharper C++ will = default the generated constructor when it is empty, so it’s a quick way to add a defaulted constructor if you need one in your class.

A number of new quick-fixes for existing inspections were also introduced:

ReSharper C++ 2017.1 brought support for EditorConfig, a popular standard for defining code formatting preferences. In the C++ community, however, ClangFormat is the de facto standard for formatting tooling. ReSharper C++ 2017.2 adds support for reading ClangFormat configuration files, so if there is one in your project, ReSharper’s code formatting engine will automatically pick it up and use it. To find the configuration files that affect a particular file, ReSharper C++ looks for .clang-format and _clang-format files in the containing folders. ReSharper C++ will also help you understand exactly which style options are applied and where they come from:

Another big change related to code formatting is support for line wrapping. You can find the option to turn it on or off, as well as a collection of options that control wrapping inside different syntax elements, in the Line wrapping group on the Code Editing | C++ | Formatting Style | Line breaks and Wrapping options page. 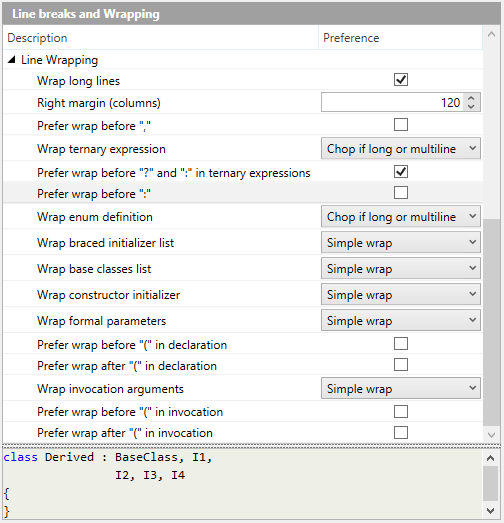 A number of new formatting options were added, in particular options that control:

Go to declaration now works inside the bodies of macro definitions. Of course, due to the textual nature of preprocessor macros, the results of such a context search are tentative. For macro parameters, the search will jump to the parameter declaration. For other identifiers inside macro bodies, all symbols inside the solution with names that match the identifier will be shown.

Go to Everything (Ctrl+T), Go to File Member (Alt+\) and Go to Action (Alt+Enter) have been improved as follows:

Navigate to file nearby is a completely new navigation feature, which displays project structure around the current file in a popup menu. The top-level menu shows the solution, the current project, containing folders, and files in the same folder. From there you can navigate deeper, open files, and create new files and folders. Navigate to file nearby is not bound to a key shortcut by default, but it can be invoked similar to other navigation actions from the Navigate To context menu (Alt+Backquote) or via ReSharper | Navigate | Go to File Nearby. 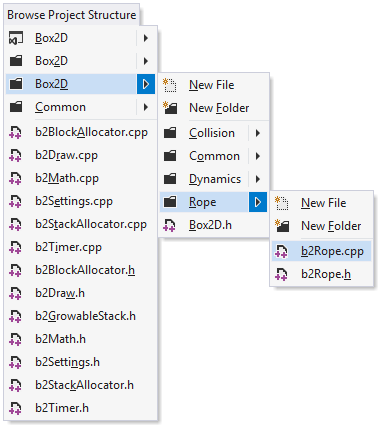 ReSharper C++ 2017.1 introduced the option to not reindex includers when preprocessor directives in a header file get modified. In the 2017.2 release, another common situation which caused bulk reindexing is addressed using a similar mechanism. By default, ReSharper C++ will now not reindex files after the current build configuration of a project is changed. Please note that code inspections may execute slower after a configuration change the first time you open a file, since ReSharper C++ will need to reparse the included files. If you prefer the old behavior, you can revert via the option Code Editing | C++ | Performance | Reindex affected files after a project or a file property is changed.

This year’s biggest C++ conference takes place in Bellevue, Washington, USA on September 24–29. JetBrains is proud to return as a bronze sponsor and will have an exhibition booth set up on the 27th and 28th. If you’re there, stop by the booth to have a chat with members of our CLion and ReSharper C++ teams, give them your feedback, and consider attending one or more of the talks delivered by JetBrainers:

We are looking forward to seeing you there!

That’s it! Start your free 30-day evaluation and try out all the new features and fixes. As always, please leave us any feedback and report issues either in the issue tracker or on the support forum.