Posted on November 2, 2010 by Maria Khalusova

See the release notes for complete list of changes, download the build and send us your feedback!

And as usual, don’t forget to back up your data!;)

We are glad to announce the Early Access Program for TeamCity 2020.2! Here are the main features we introduce in the first EAP build: OAuth authentication for GitHub and Bitbucket users Customizable clean-up schedule Automute of failed tests after their successful retry Real-time publishing of build statuses to JetBrains Space projects out of the box Experimental UI: new header and support for plugins Read more about these features and see the full list of over 60 improvements and bug fixes in our release notes. Download Lakhnau 2020.2 EAP1 or pull the Docker image with the EAP tag. Remembe
Posted on September 2, 2020 by Maria Kudryavtseva 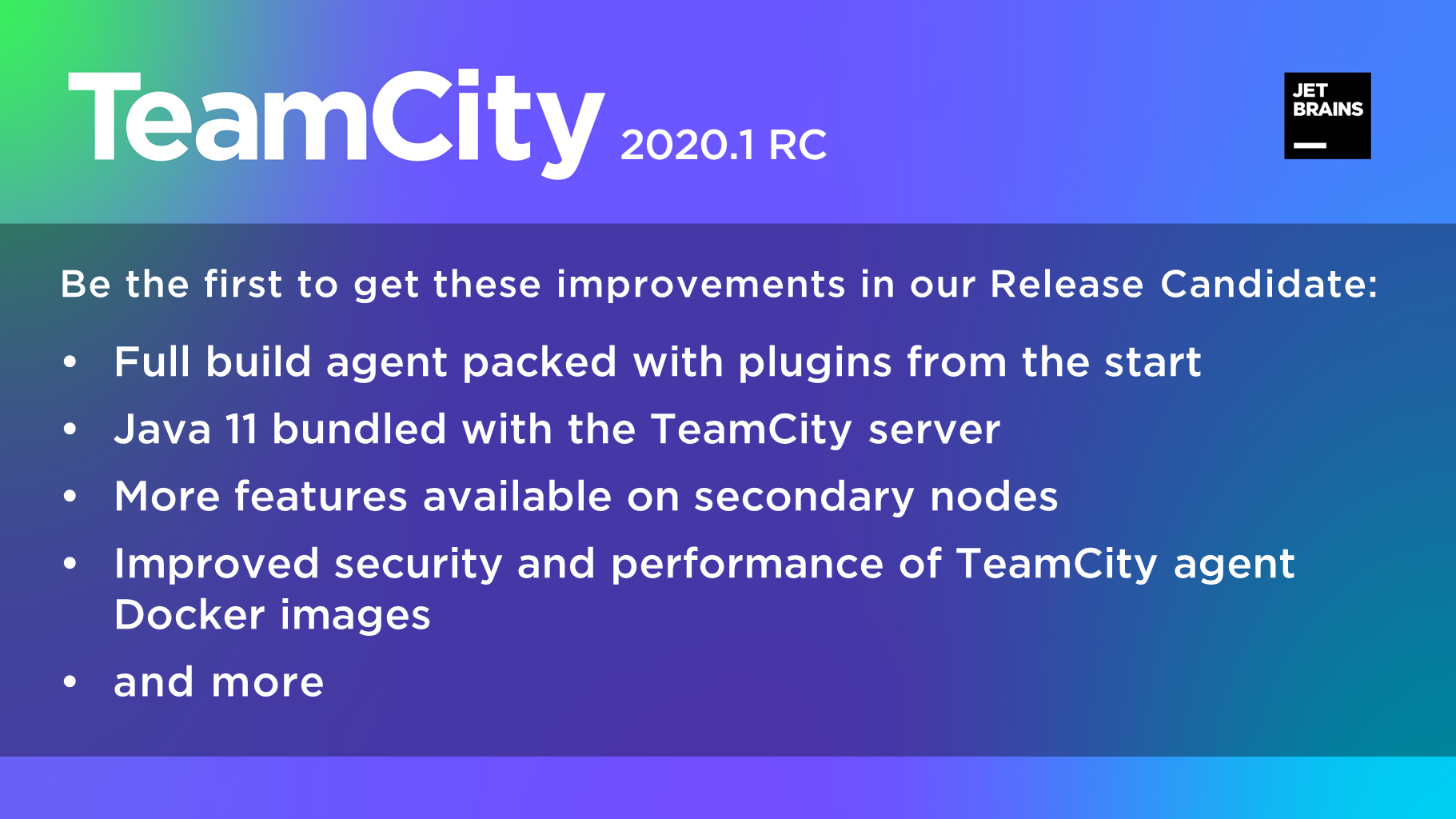 Today we are presenting our release candidate build for TeamCity 2020.1. This build contains over 100 features and bug fixes. The full list of features is available in our release notes. Remember that the new release changes the TeamCity data format and downgrading to the previous production version is not supported. We recommend installing this EAP version on a trial server. If you installed the previous TeamCity EAP version, you can easily upgrade with our automatic update. In other cases, you can download the EAP build or pull the Docker image with the eap tag. The TeamCity
Posted on May 13, 2020 by Maria Kudryavtseva
Subscribe