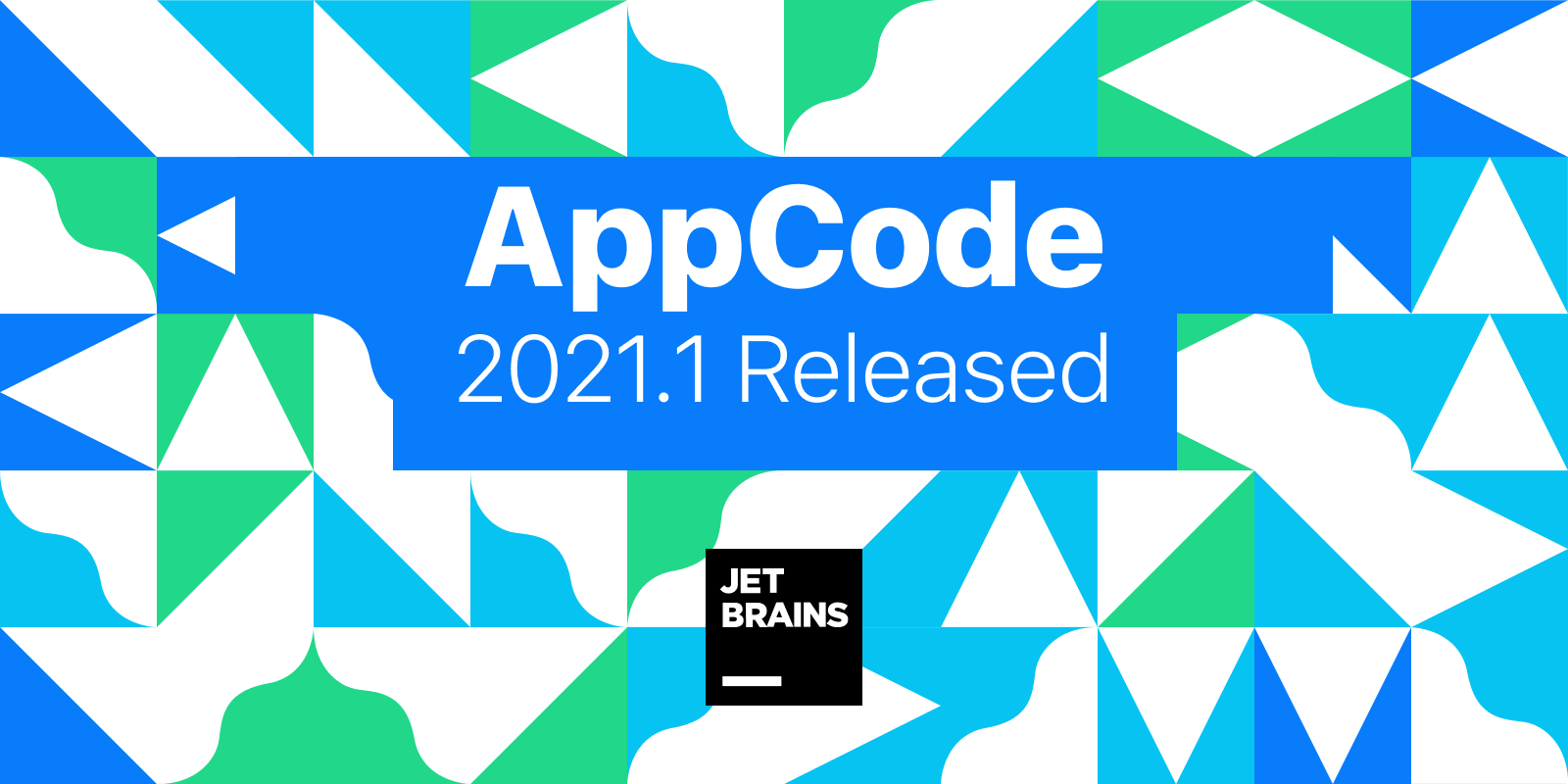 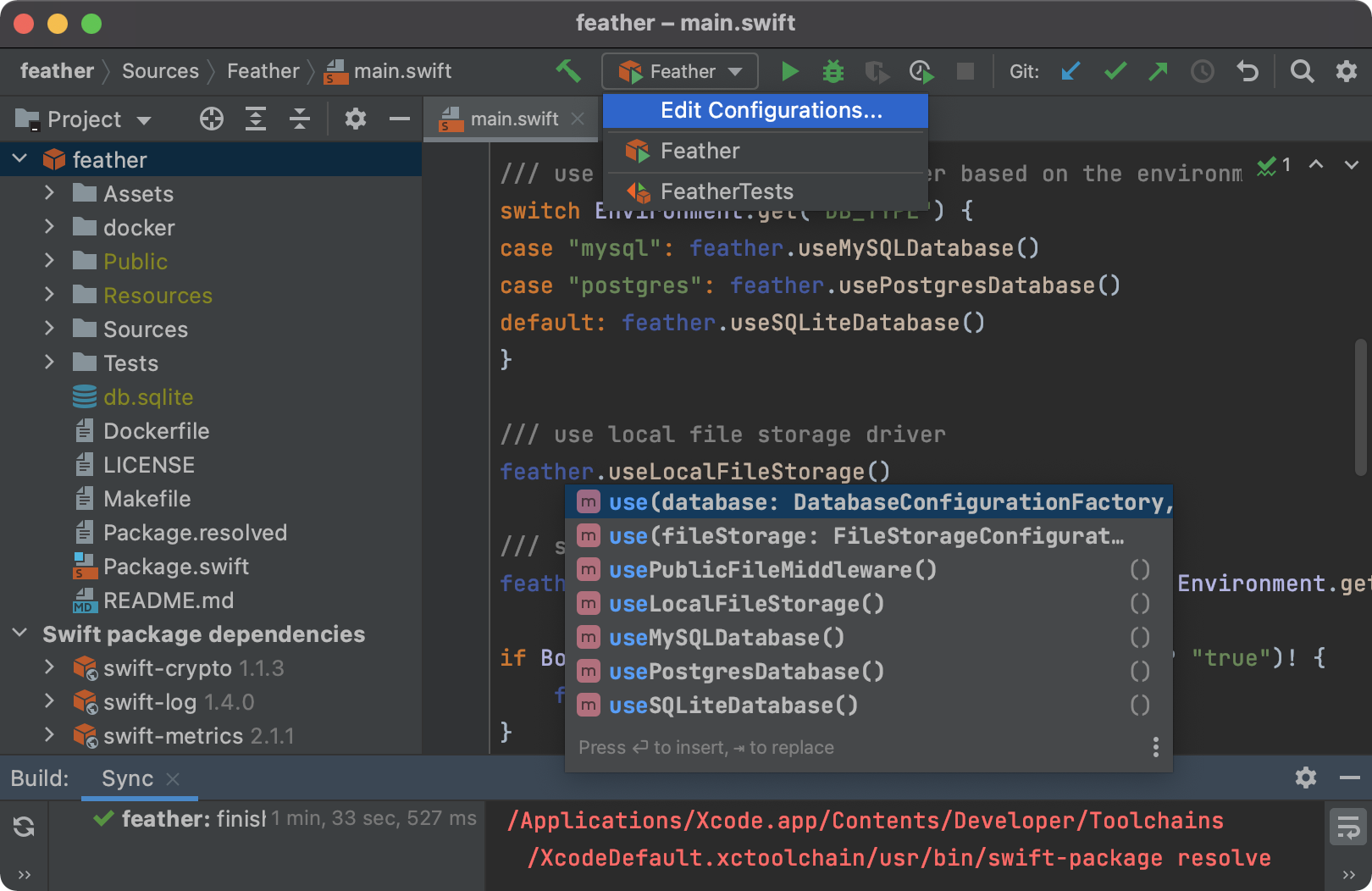 As we wrote before, the Kotlin/Native plugin for AppCode got a major update: cross-resolve between Kotlin and Objective-C/Swift now works automatically and no longer requires rebuilding the project. 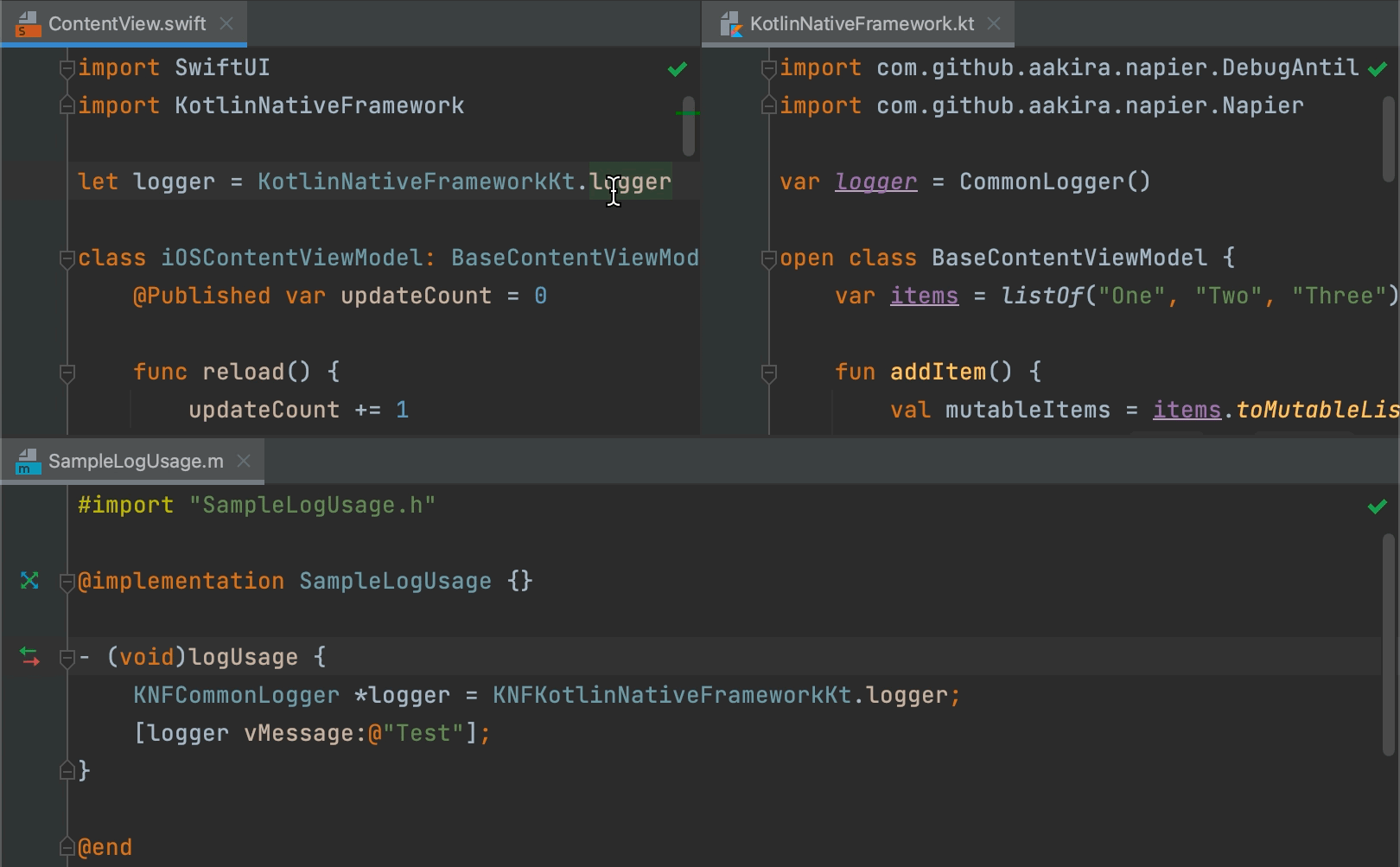 IDE performance is always a key area of focus for us in the AppCode team. In AppCode 2021.1 we’ve decreased the time it takes to open large projects once the initial indexing and caching are finished.

Another important change for all JetBrains IDEs is the concept of trusted projects, which are designed to mitigate the risks associated with opening projects from unknown and untrusted sources. You can read about it in detail in this blog post.

Swift on Windows in CLion

The AppCode and CLion teams have a long history of collaboration. For example, C++ support was implemented in AppCode first and was later reused when JetBrains created CLion. We work together closely on different IDE features, and Swift was no exception.

In December 2015, we decided that the best IDE for cross-platform usage of Swift will be CLion as it’s already available on different OSes. So we created the first version of the Swift plugin to make it possible to write Swift applications on Linux. This plugin’s functionality essentially amounts to the Swift support from AppCode.

Initially, the plugin worked with the CMake project model, but in 2018 we implemented support for the Swift Package Manager project model, which was reused later in AppCode.

And finally, the Swift plugin for CLion is now available on Windows: 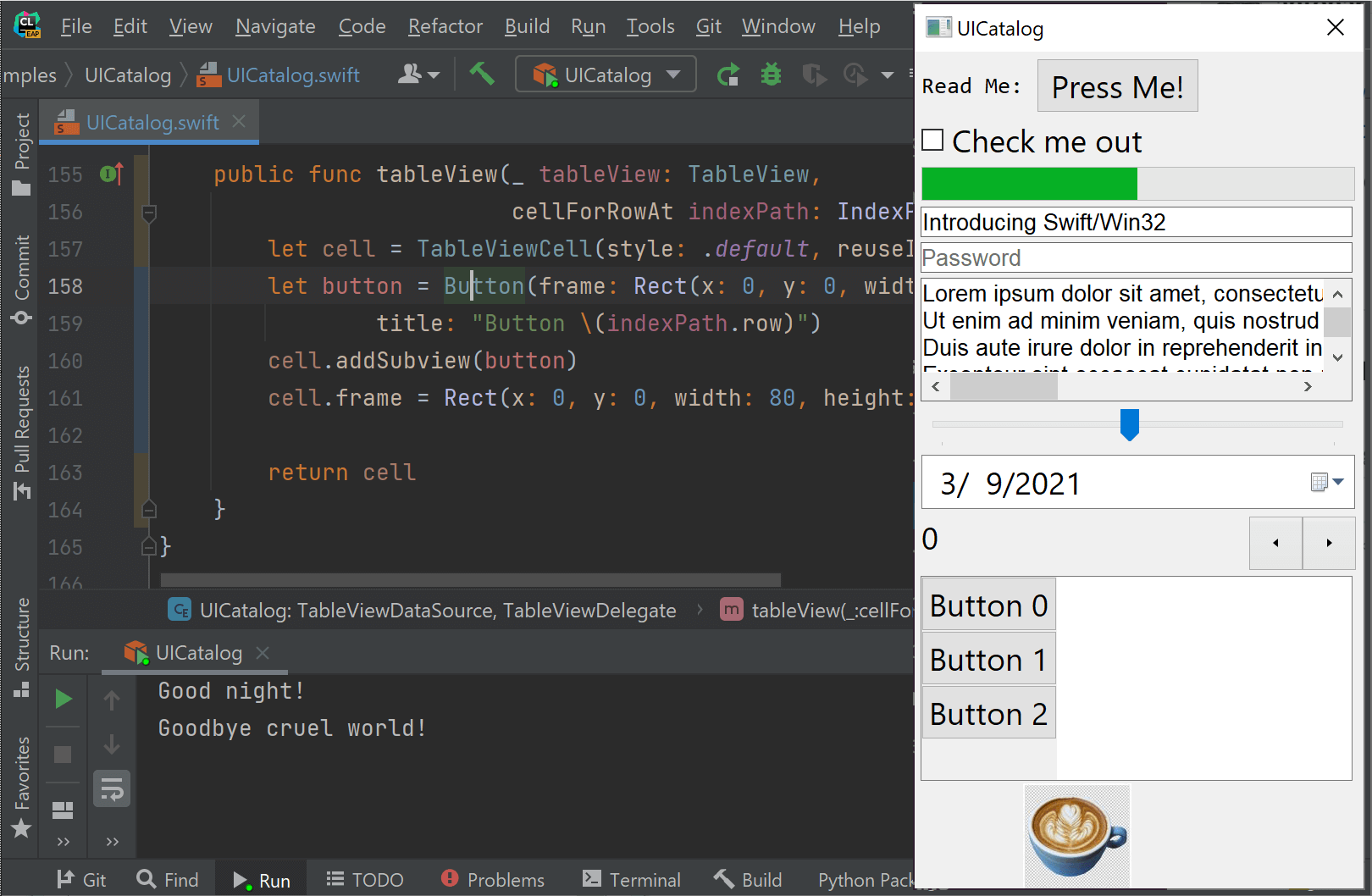 As usual, a heap of VCS improvements is included in AppCode 2021.1, thanks to the IntelliJ Platform team: improved pull requests support, Git commit templates, profiles for pre-commit inspections, and even more.

That’s mostly it. After a short break, we’ll get working on the next major release – stay tuned, and don’t miss AppCode 2021.2!

AppCode 2022.3 Release and End of Sales and Support

Hi everyone, The release of AppCode 2022.3 is approaching, and the release candidate (build 223.7571.233) is now available for download on our website. You need to have an active subscription or activate a free trial to use this build. The main highlights of this build include: We fixed the regression issue affecting the performance of Swift code completion (OC-23363). The Kotlin Multiplatform Mobile plugin for AppCode got the following fixes: iOS application builds no longer fail for hybrid projects from the Gradle template on M1 (KMA-389). The Quick Documentation popup for Kotl

Hi everyone, A new AppCode 2022.3 EAP build (223.7571.113) is available for download from our website or via the Toolbox App. You can also update from the previous 2022.3 EAP build via a patch. DOWNLOAD APPCODE EAP Here are the highlights: Swift code completion: We improved init and deinit keyword completion by removing redundant spaces and adding required braces and parentheses after the keyword (OC-11400, OC-23284). We improved the complete statement action for initializers and deinitializers (OC-23283). The complete statement action no longer inserts braces for protocol func/init

Hi everyone, A new AppCode 2022.3 EAP build (223.7571.46) is available for download from our website or via the Toolbox App. You can also update from the previous 2022.3 EAP build via a patch. DOWNLOAD APPCODE EAP Swift Inline refactoring A recently added Swift Inline refactoring got some improvements in this build: AppCode now warns users when conflicts are detected during the refactoring. Users can choose to continue or cancel the refactoring: When refactoring functions with an effective single exit point, AppCode no longer creates a scope to jump to but uses a single variable to ret