Hello everyone! Hope you’re having a good time using the new ReSharper 5.0. If you do, just ignore this post 🙂

If you’re facing issues with ReSharper 5.0, read on. There are certain bugs, usability problems and otherwise weird behavior that users report following the release (surprise!). Some of them you can work around, others you can’t, but both kinds of issues will be addressed in the upcoming ReSharper 5.1. It’s scheduled for release in June but we’ll open the Early Access Program in May, and chances are that the most annoying issues will be fixed in these early builds.

Here are some of the most annoying issues that have known workarounds:

We also receive reports about performance issues when renaming and doing Find Usages in large projects that contain aspx files. We are doing performance analysis and aiming to solve these issues in time for the bug fix release.

On a different note, people report on a regular basis about Visual Studio 2005 or 2008 installations that freeze or crash after opening web forms, or Solution Explorer that hangs up. There are known solutions to this kind of issues (not having anything to do with ReSharper), including:

Before you contact us with such issues suspecting ReSharper, please make sure to try the solutions provided above. 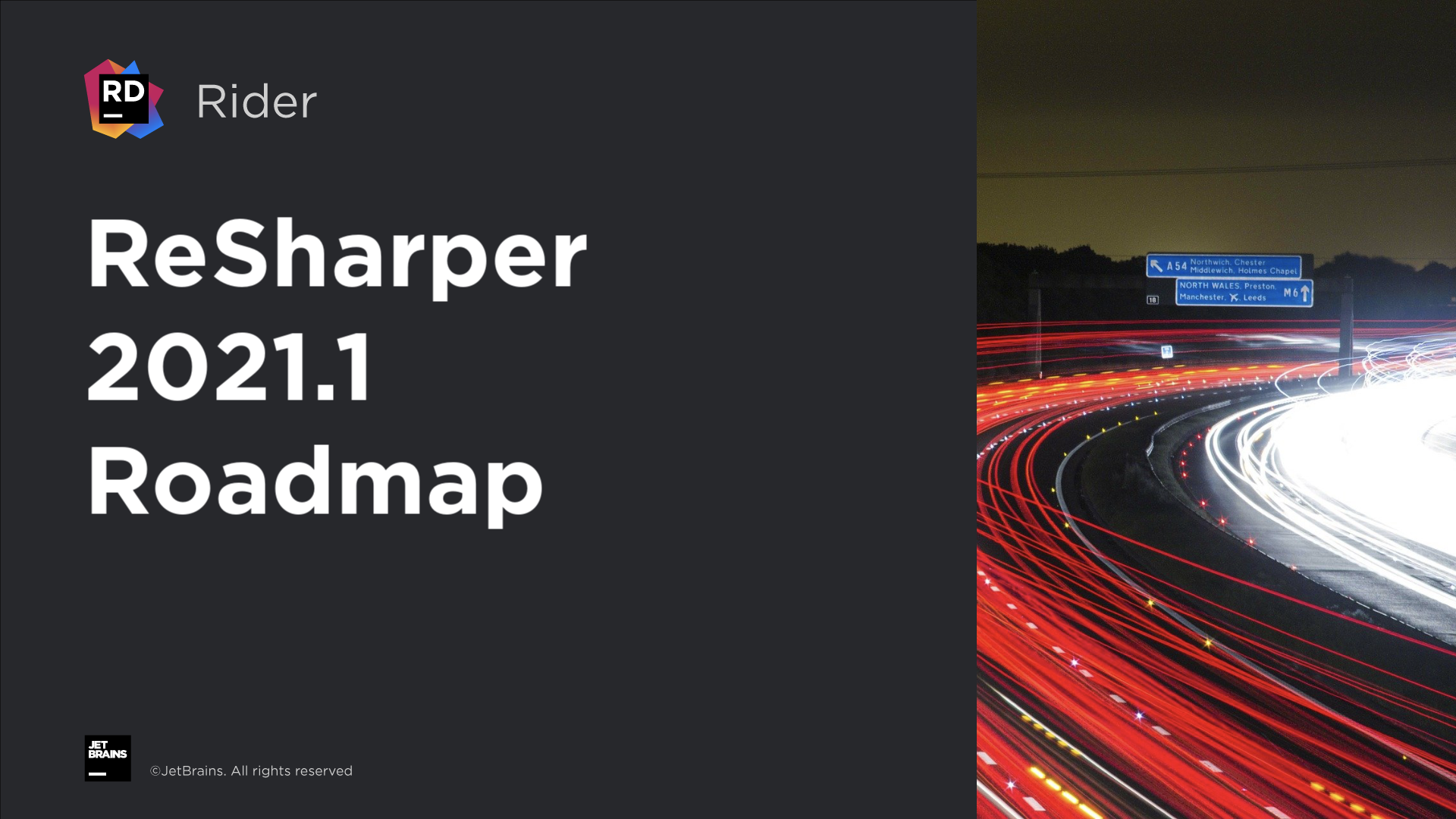 We recently posted our roadmap for Rider 2021.1, so let's take a look today at what's brewing for ReSharper 2021.1, and the other dotUltimate tools. As with the Rider post, this is a list of what we're working on, what we hope and currently intend to ship with ReSharper 2021.1. As ever, priorities can change and we might move things in and out of scope. Let's dive in, and please, let us know your feedback! Out of process. Stop us if you've heard this one before. Yes, we're still working on running ReSharper outside of the Visual Studio process, and yes, we've been talking about it for a ver
January 27, 2021 by Matt Ellis

In this post, we’d like to share our plans for Rider 2021.1 and find out what we can do next to improve your development experience. Your feedback is always welcome! The following is a list of our priorities for the next release cycle of 2021.1. Note that these are features we’re working on – as opposed to features scheduled for delivery – and that some of these might be delayed until a later version. Update: Apologies! We missed the Unity section off the original post. It's back now! Code With Me: Last year collaborative coding (Code With Me) was added to our other IDEs. Since Rider has a
January 25, 2021 by Matthias Koch
Subscribe