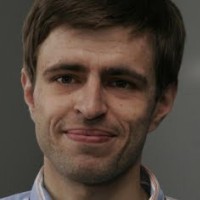 Another couple of ReSharper 2016.2 EAP builds has appeared since our last post. If you haven’t done it yet, it’s the right time to download and try out new features and fixes. In these builds, we have fixed a numbers of issues as we normally do, improved support for the recently released .NET Core 1.0 and ASP.NET Core 1.0, and below are descriptions of some new features.

If you wanted to cut corners and define some constant piece of HTML right in a string literal, you could miss some errors there… but not any longer. In C#, JavaScript or TypeScript, you can now use the Make HTML here action to enjoy syntax highlighting, error detection and other HTML goodies right inside the string literal:

You are welcome to download the latest 2016.2 EAP build. Should you come across any problems, please let us know in ReSharper, ReSharper C++ or dotPeek issue trackers.