We’re up to build number 3 in the ReSharper Ultimate 2016.3 EAP. Let’s take a look at what’s changed in the last couple of builds.

Firstly, EAP3 adds support for VS “15” Preview 5. As ever with a preview Visual Studio release, there may be issues with integration (we’re aware of potential issues with MSTest discovery), and we’re still working on adding support for some of the new functionality, so please let us know if you encounter anything that isn’t working right.

C# also gets a nice new typing assist: when you type $ to start an interpolated string literal, ReSharper will automatically complete the $”” and insert the text caret between the quotes.

Finally for C#, another small addition that demonstrates a very powerful feature of ReSharper’s Structural Search and Replace – the “match similar constructs” feature now matches integer constants, regardless of how they’re encoded.

JavaScript and TypeScript get a new options page that improves how ReSharper works with third party library code and generated code. From this page, you can mark a JavaScript, TypeScript or JSON file, by name, file mask or even an entire folder as either “skipped” or “library”.

Skipped code is completely ignored by ReSharper – we will not index the file at all. This is useful when you have a file in your project that ReSharper would normally recognise as JavaScript, TypeScript or JSON – perhaps a generated, minified file, or a script that is already gzipped, but you don’t want the contents to appear in code completion or navigation.

Library code is treated as non-user code by ReSharper. The contents are still indexed, and appear in code completion and navigation, but inspections are not run. Useful for including third party code, e.g. jquery.js, where you don’t maintain the code yourself, and ReSharper’s inspections are not relevant to you. 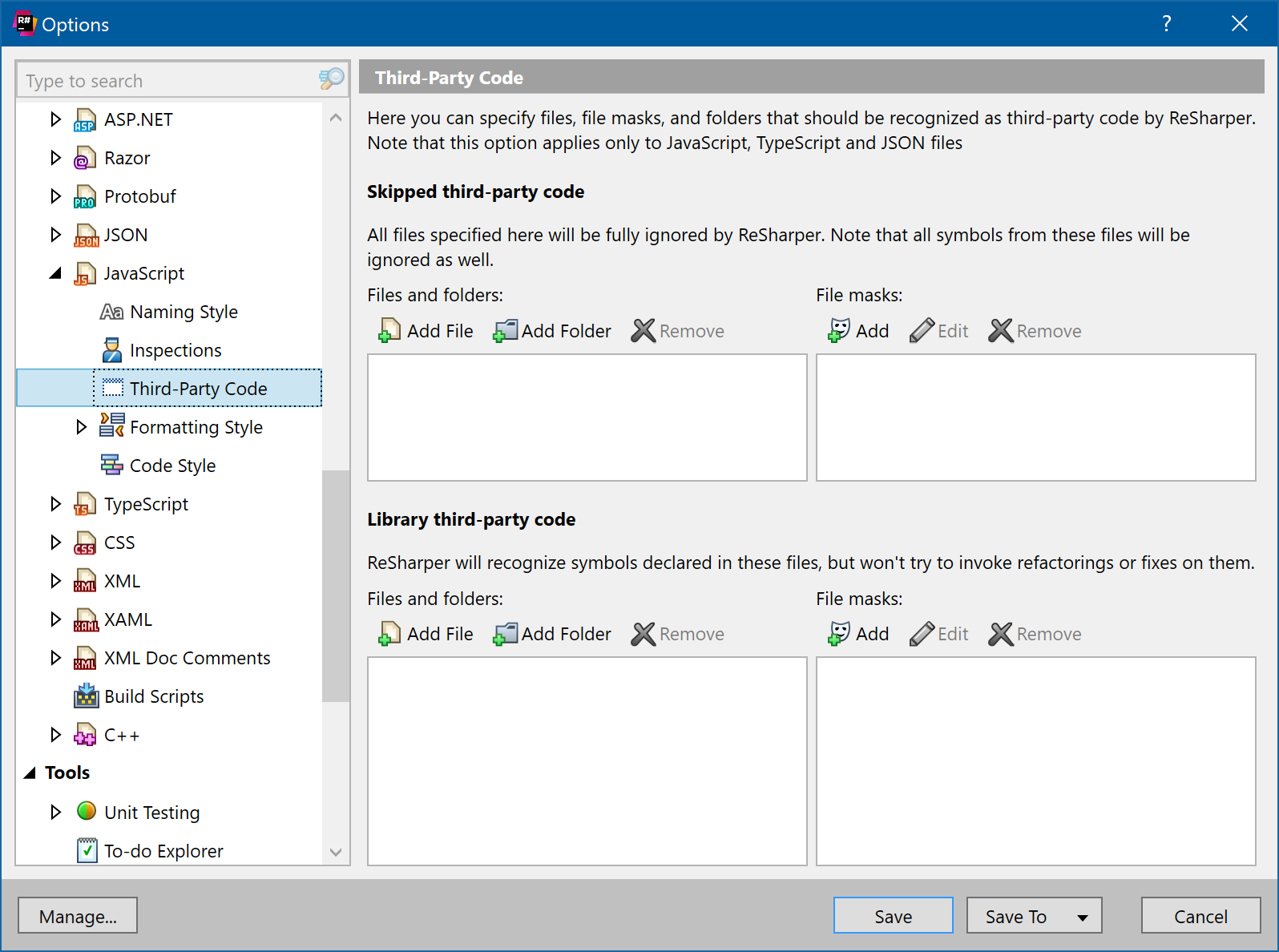 ReSharper C++ has had some updates, too, starting with more memory optimisations, as well as adding support for the Catch C++ unit test framework. We now also support analysing C++ as part of the ReSharper Command Line Tools, meaning you can generate an XML report as part of a CI build.

EAP 1 introduced support for running .NET Core unit tests for NUnit and xUnit.net, and with the new EAPs, you can now debug .NET Core tests, as well.

And speaking of xUnit.net, we’ve fixed a performance issue that could freeze the UI if you had a “theory” test that generated a very large number of test rows at runtime.

As ever, please download and give it a go. And if you encounter any issues, please let us know!