In this post, we're going to look at how ReSharper 2016.3 can help you unit test your .NET Core applications and libraries. Sadly, before we can look at this, we have to deal with the confusing issue of what versions of .NET Core are supported. TL;DR: ReSharper 2016.3 works with .NET Core projects in Visual Studio 2015 and Visual Studio 2017 "RC", but unit testing only works in project.json

State of the union: ReSharper C# 7 and VB.NET 15 support

When we released ReSharper 2016.3 (and earlier this week, ReSharper 2017.1 EAP), we introduced initial support for C# 7 and VB.NET 15. For example, ReSharper now understands binary literals and digit separators, as well as local functions with several inspections. We're far from feature complete, but want to look ahead at what's coming in terms of new programming language features and what we are

If you are a long-term user of dotTrace Timeline Viewer, you've likely noticed some UI changes in dotTrace 2016.3. What has changed exactly and, more importantly, why were these changes made? Read on to find out. (more…)

A summary of ReSharper actions around C# method parameters

ReSharper's code generation actions can create a lot of code for us. Why manually write a constructor that initializes type members? Why manually implement interface methods and properties? ReSharper can do those things for us! Some say developers who use tools to generate code are lazy. Personally, I like to call that efficient. Instead of writing code that is, in essence, programming language

We are starting the new year with a bugfix update for ReSharper Ultimate 2016.3. All in all, it addresses 50+ issues in ReSharper, dotCover, dotTrace and ReSharper C++. ReSharper 2016.3.2 includes minor fixes in code analysis and highlighting, automatic code completion in TypeScript, and generation of Dispose pattern implementations. It speeds up the Inline Parameter refactoring and corrects pa

Navigation and search improvements in ReSharper 2016.3

Today we'd like to recap the most important changes in navigation and search that were introduced in ReSharper 2016.3. Find Results window is populated asynchronously If your solution is large enough, finding references of heavily used symbols can take time, delaying work with your code. To address this issue, we updated the usage search mechanism to make it async. Both Usages of Symbol pop-

dotTrace 2016.3 introduces a new Events window which is available in both standalone dotTrace and dotTrace integrated in Visual Studio. To open the window in the standalone Timeline Viewer, use the View | Events menu: In Visual Studio, click Show Events in the Performance Profiler window: (more…)

After we released the initial continuous testing support in dotCover, the most popular response was "Cool, but this could be a lot more useful if highlighting was able to indicate test results." Indeed, before 2016.3, dotCover's highlighting was used only to indicate code coverage: dotCover 2016.3 finally addresses the issue. First, we got rid of colored backgrounds. Now, we use a small col 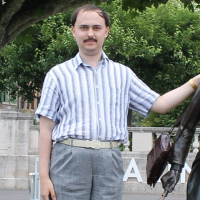