What else is new in Rider 2017.2 EAP? Among other improvements, Rider is now based on a more recent version of the IntelliJ platform, which gives us a set of improvements in support for version control systems.

When working with Git, we added support for reverting and rewording commits. From the Log tab in the version control tool window, it’s now possible to revert a commit or change the commit message for any commits that have not been pushed yet. 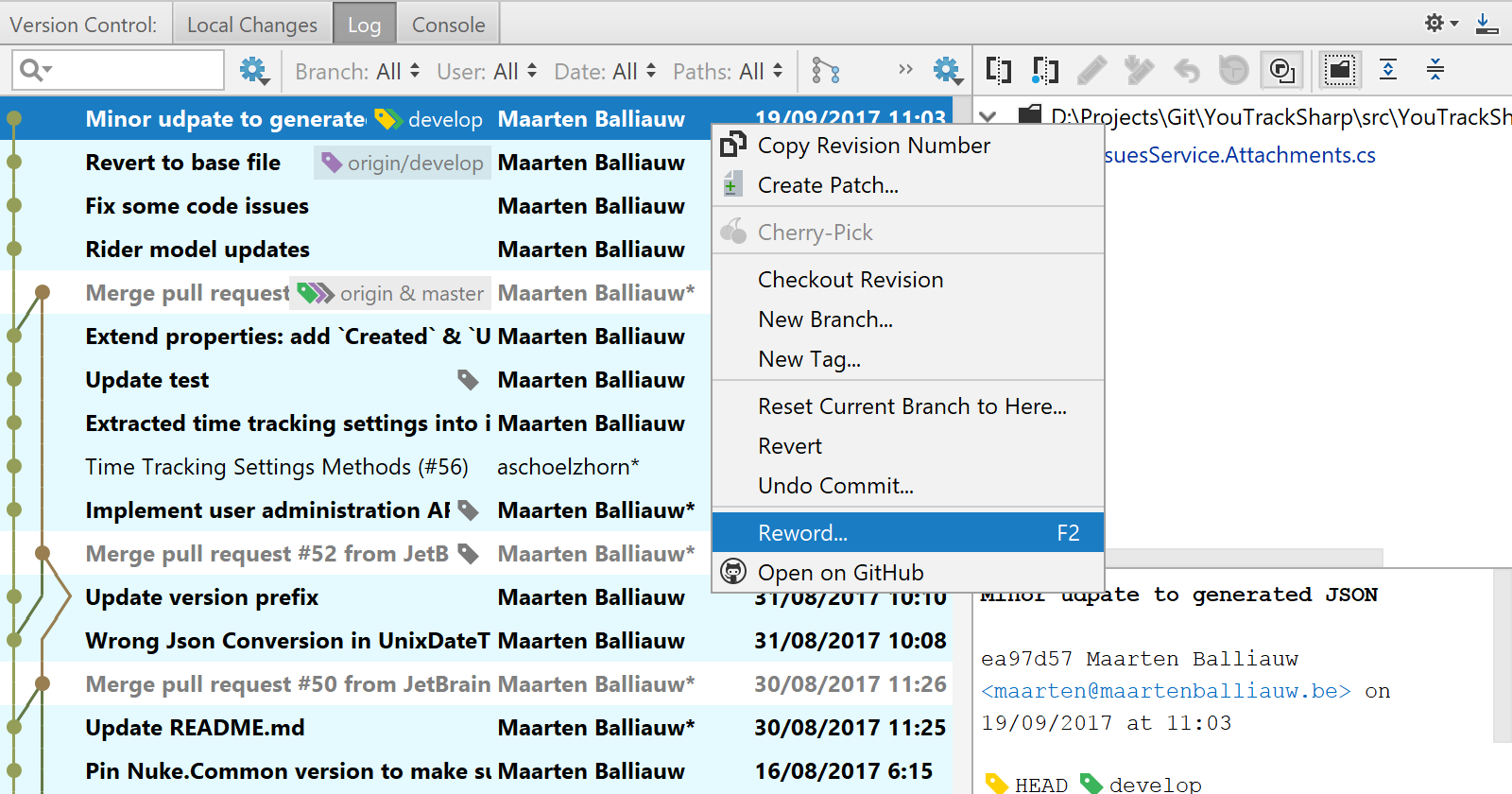 From the settings under Version Control | Commit Dialog, we can customize the rules (and inspections) applied to commit messages: do we need a blank line between the subject and the body? Is there a maximum length? Rider also provides quick-fixes for these, and reformatting code can also be done inside the commit message.

We made some usability improvements to the Shelf tab: the Show Diff action now by default compares the shelved version to the base version instead of local (when possible). Also the raw patch content can be seen in the Preview tab.

Please download Rider 2017.2 EAP and give the new build a try!

Intellij Rider vcs
Open files and folders, and more project model improvements in RiderRider 2017.2 EAP build 3
Comments below can no longer be edited.