In a previous post, we’ve seen that Rider comes with a built-in terminal. It lets us do things like running .NET Core commands (for example with Entity Framework core), running Git commands, etc. There’s one thing we did not cover yet: customizing the shell that is used by Rider!

While the default shell in Rider works nice, many developers prefer to use their favorite shell. For example Windows users may want to use PowerShell or Cmder instead of the default, macOS and Linux users may want to use zsh. Good news: from the settings under Tools | Terminal, we can customize which shell is used by Rider (along with some other options). 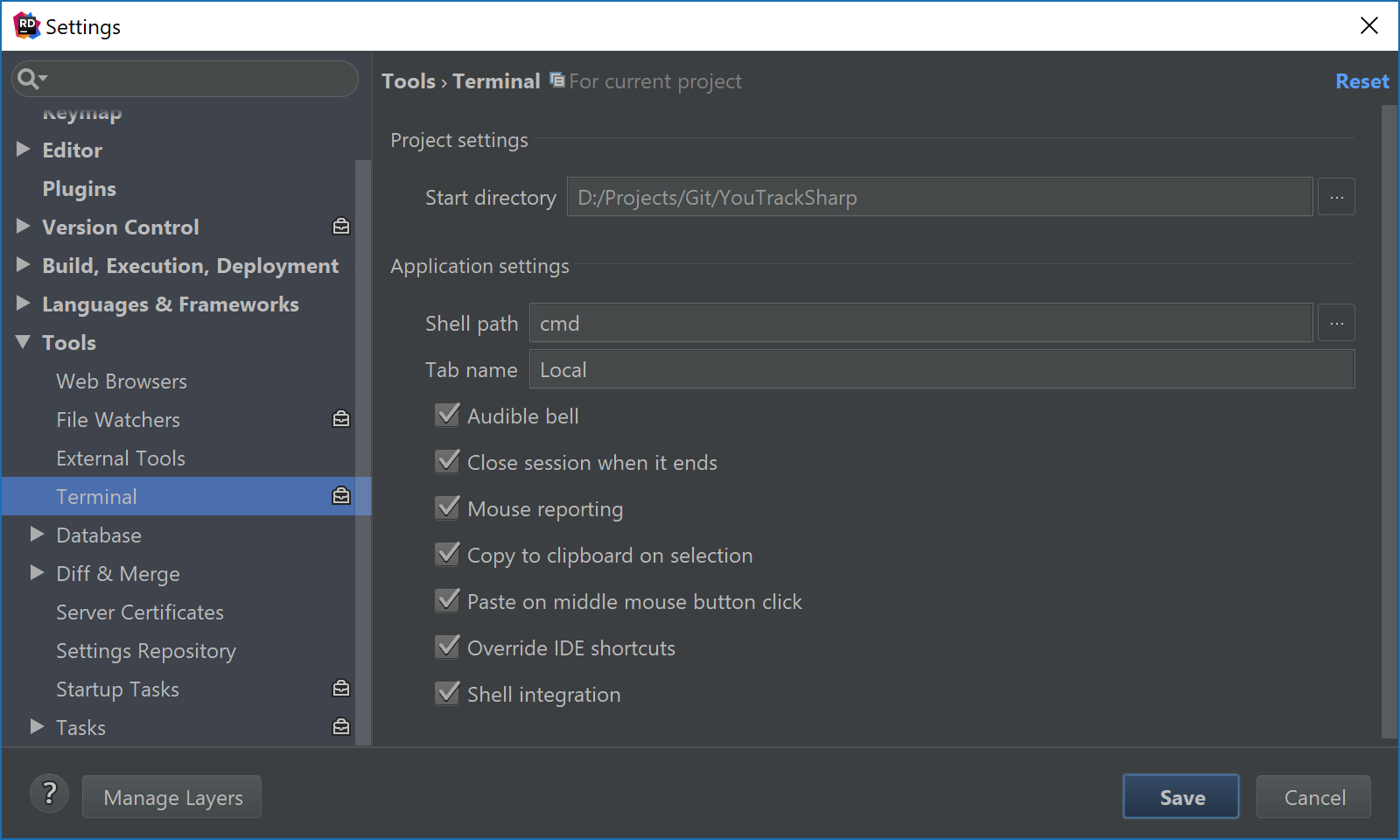 In case you want to use an alternative shell, here are some example paths you can configure:

Have another shell configured? Let us know through the comments!

Rider’s built-in terminal provides full access to the underlying shell. This means we can run lots of tools, like Far Manager (for managing files and archives):

Oh and always remember this productivity tip (check here if you need the executable):

productivity is when you can play pac-man without focus change) in @JetBrainsRider pic.twitter.com/0j62Ug7r9T

Download Rider now and give it a try! We’d love to hear your feedback.