We have already looked at the many new and improved features of Rider! Let’s look at even more available in the Rider 2018.3 version. 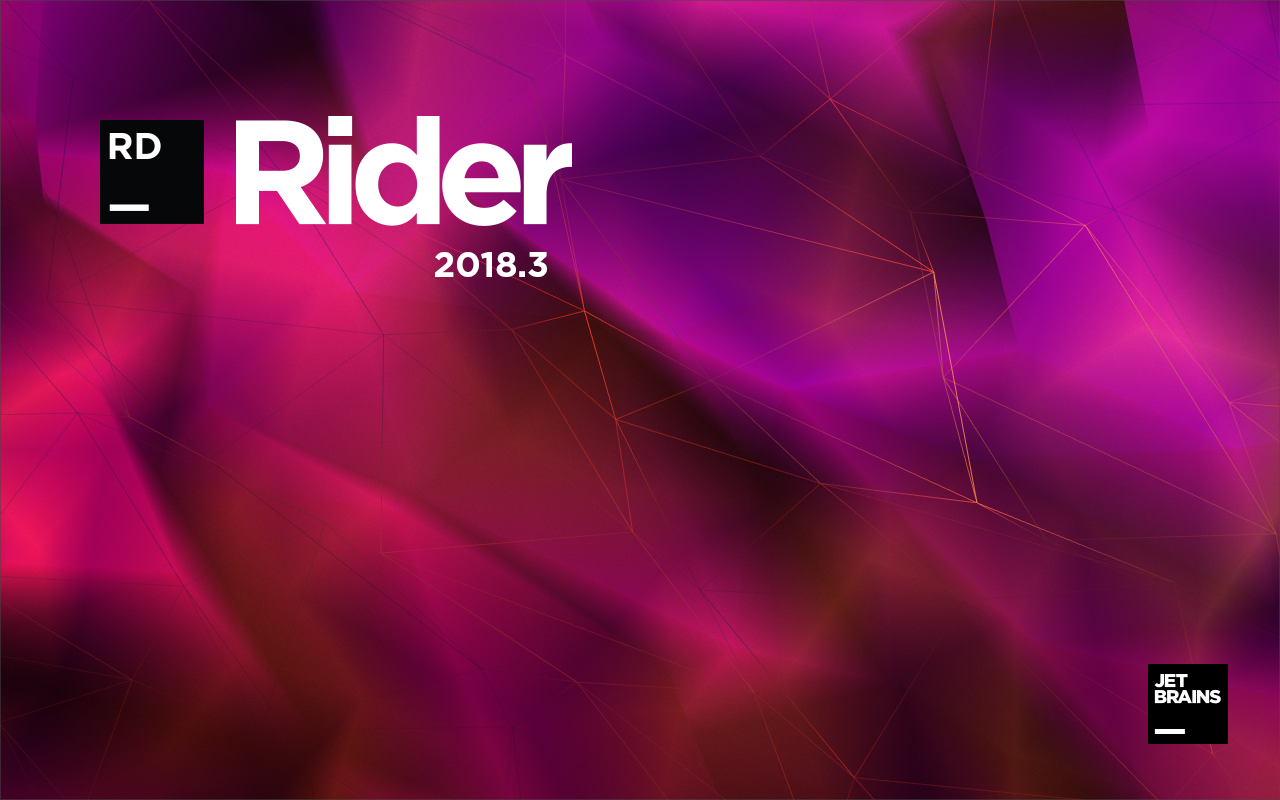 We are going to look at what’s new in Code Completion with regards to Package references, configuration files and more! In addition, we will also look at changes with how Rider recognizes and displays TODO patterns.

Code Completion is a very important aspect of the Rider experience and we are making that experience better. Let’s look at a few of the more impactful features.

Editing the project file for .NET has not been an easy file to edit by hand. Now with the ability to add and modify <PackageReference /> elements in the csproj file, developers can quickly add and upgrade the packages in their projects. 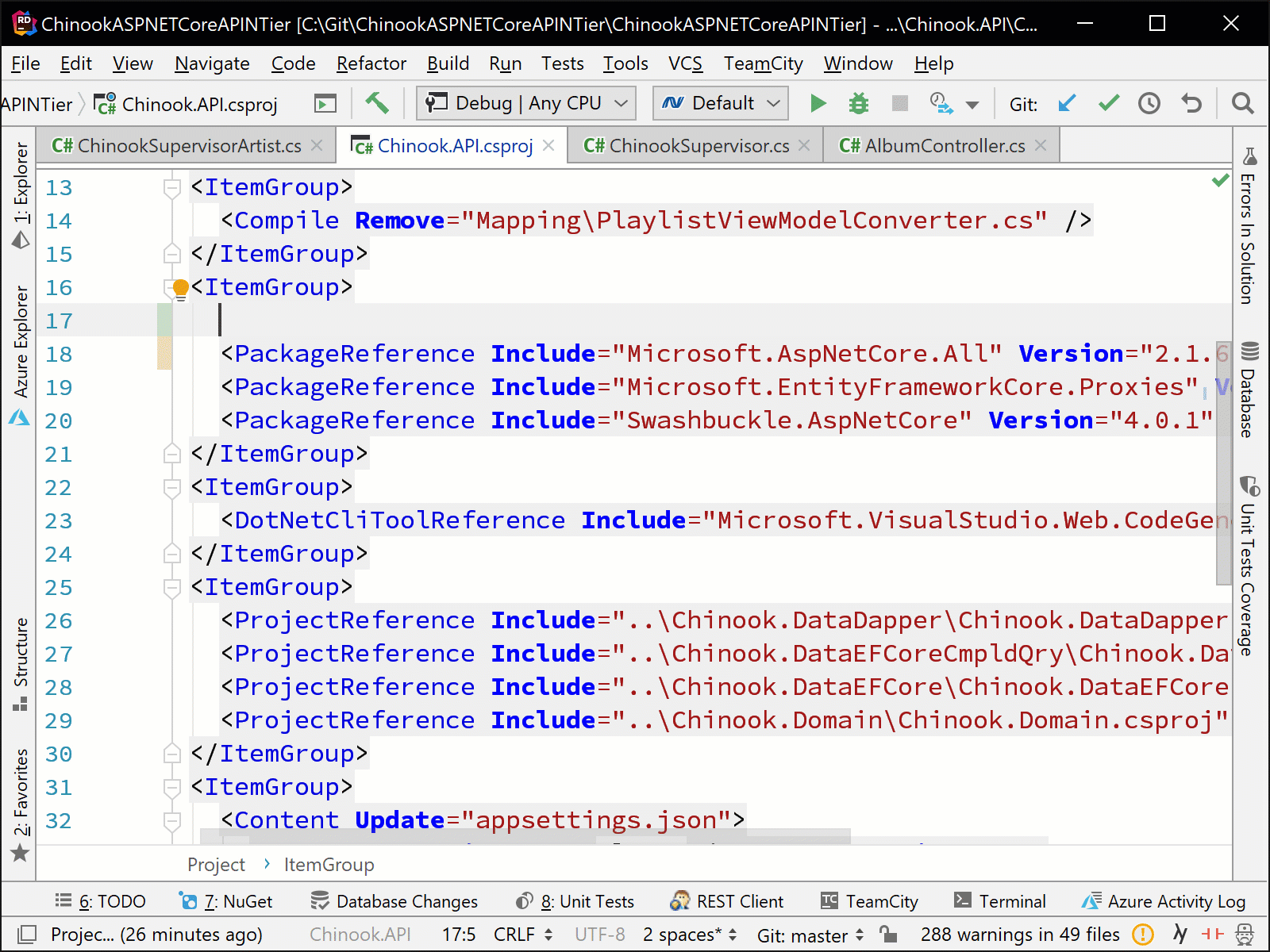 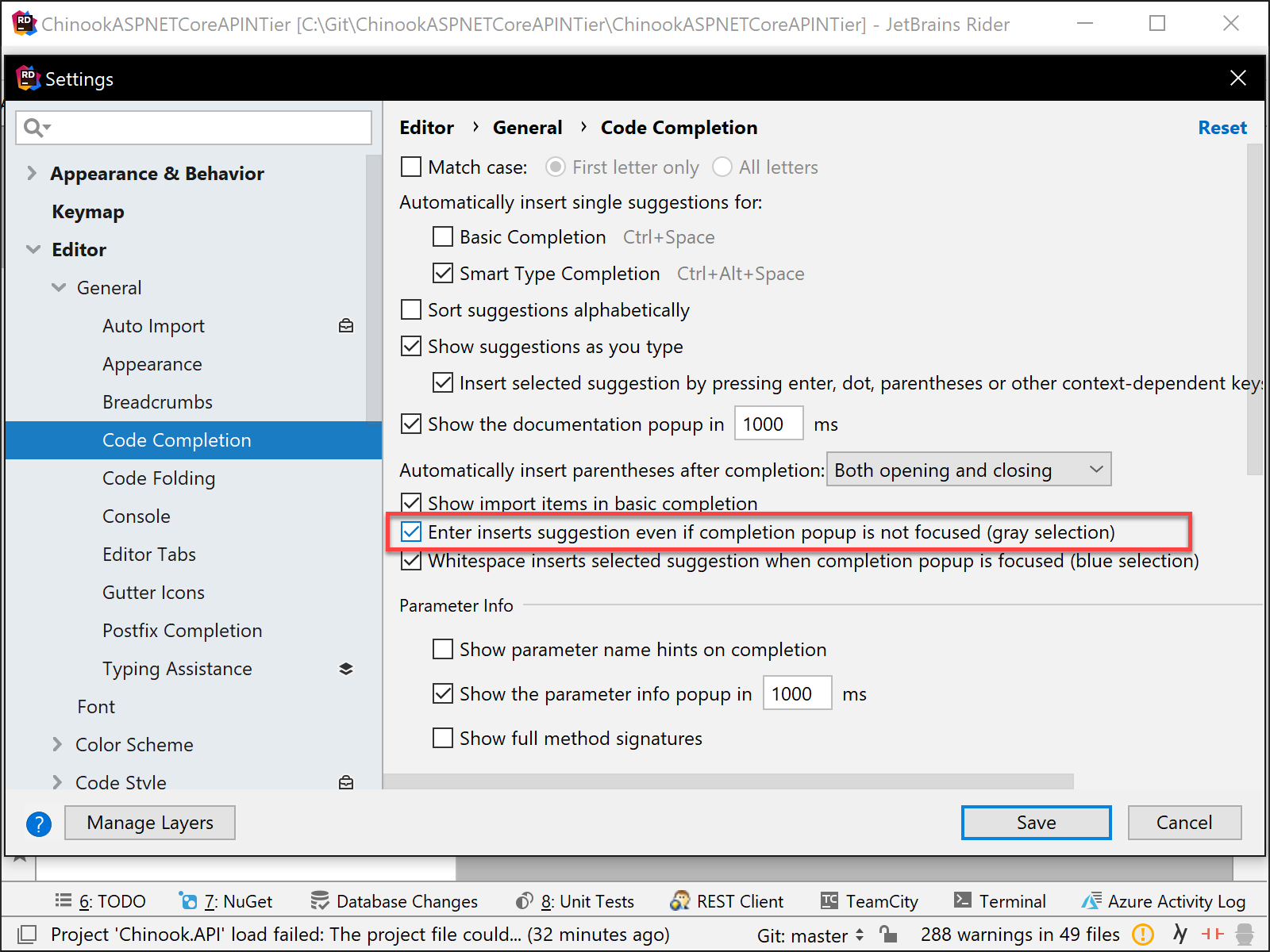 Option to not Complete with Whitespace

There is now an option to not allow whitespace to complete a selected suggestion. The selection has to be focused for this to occur. This usually happens when a SPACE character is typed and Rider thinks that we want the first selection in the list of items for code completion. This option is currently on by default, but can be turned on from the settings under Editor | General | Code Completion for Windows and Linux or Editor | General | Code Completion for macOS. 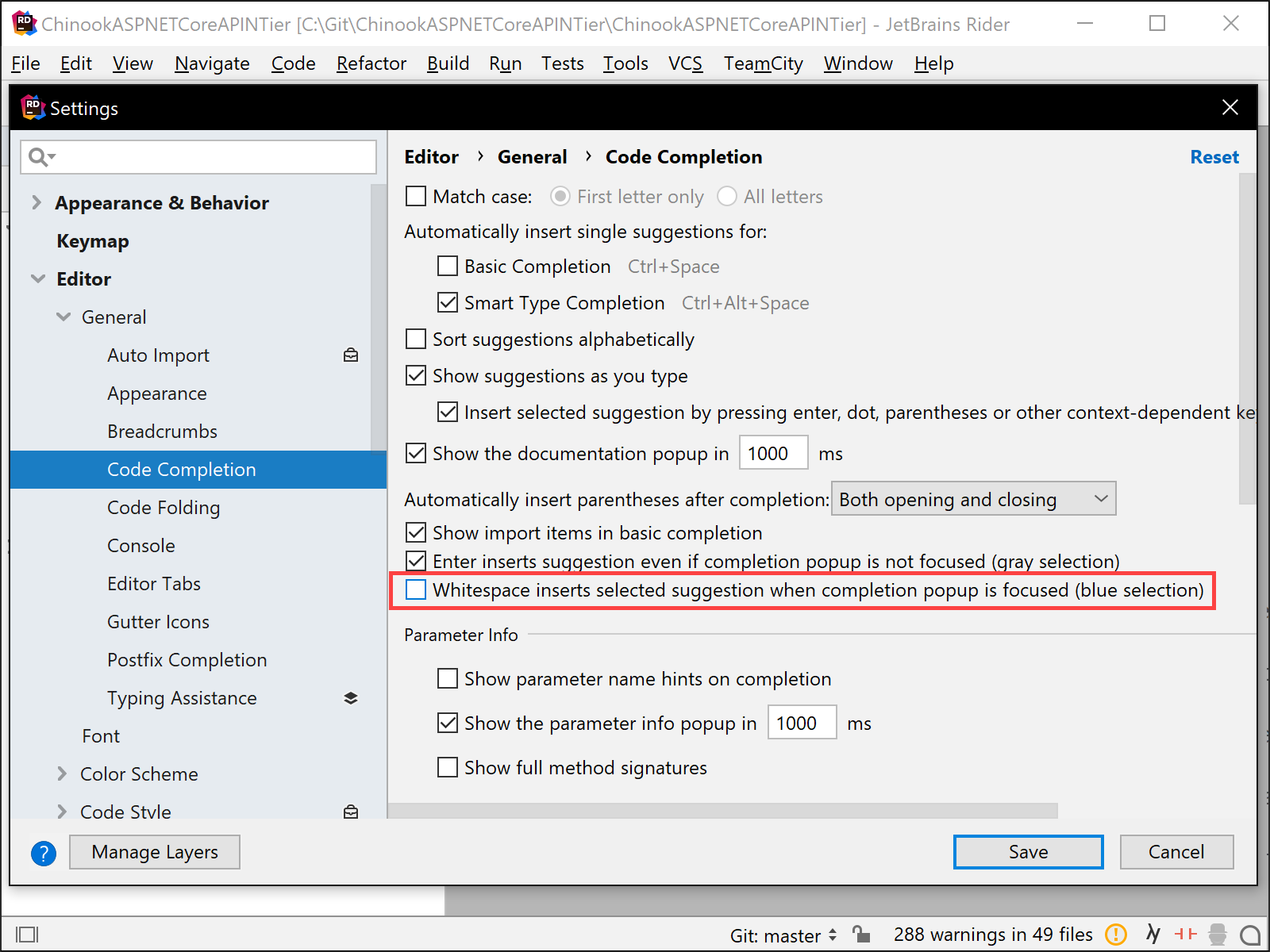 Finally, we can look at the code completion that has been included for working with .NET Framework configuration files such as Web.config or App.config. 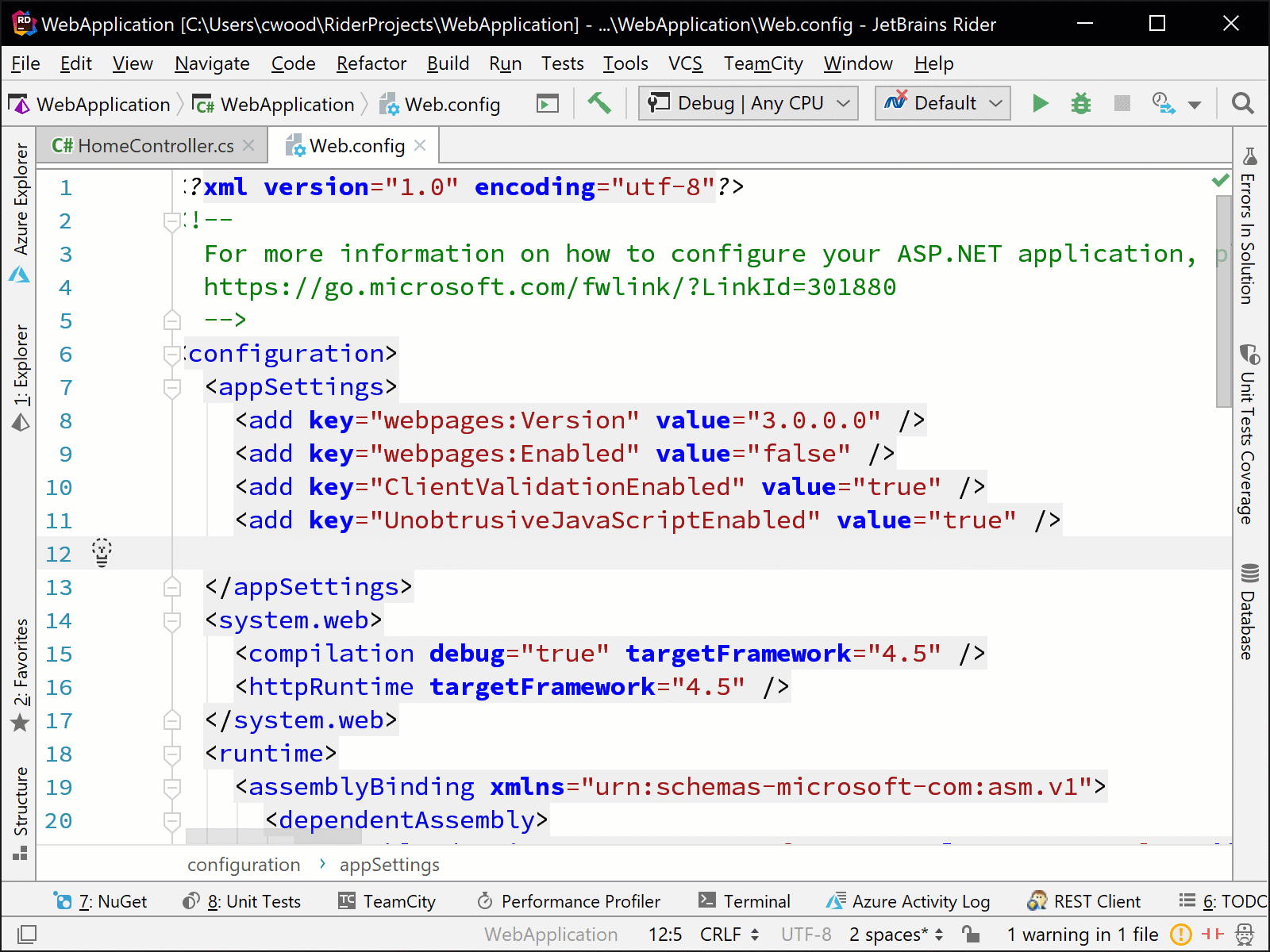 Many developers use the TODO comments to communicate with their teams and also with themselves about things that need to be worked on or happen within the project. We will examine a few of the new updated features for Rider around TODO’s.

Color Setting Applied to the Editor

Making the TODO comments stand out has now been resolved with the ability to change the font color in the IDE editor. We can now apply a foreground and error stripe mark for the TODO comment. This will allow the TODO to be identified quickly so the needed work can be performed. 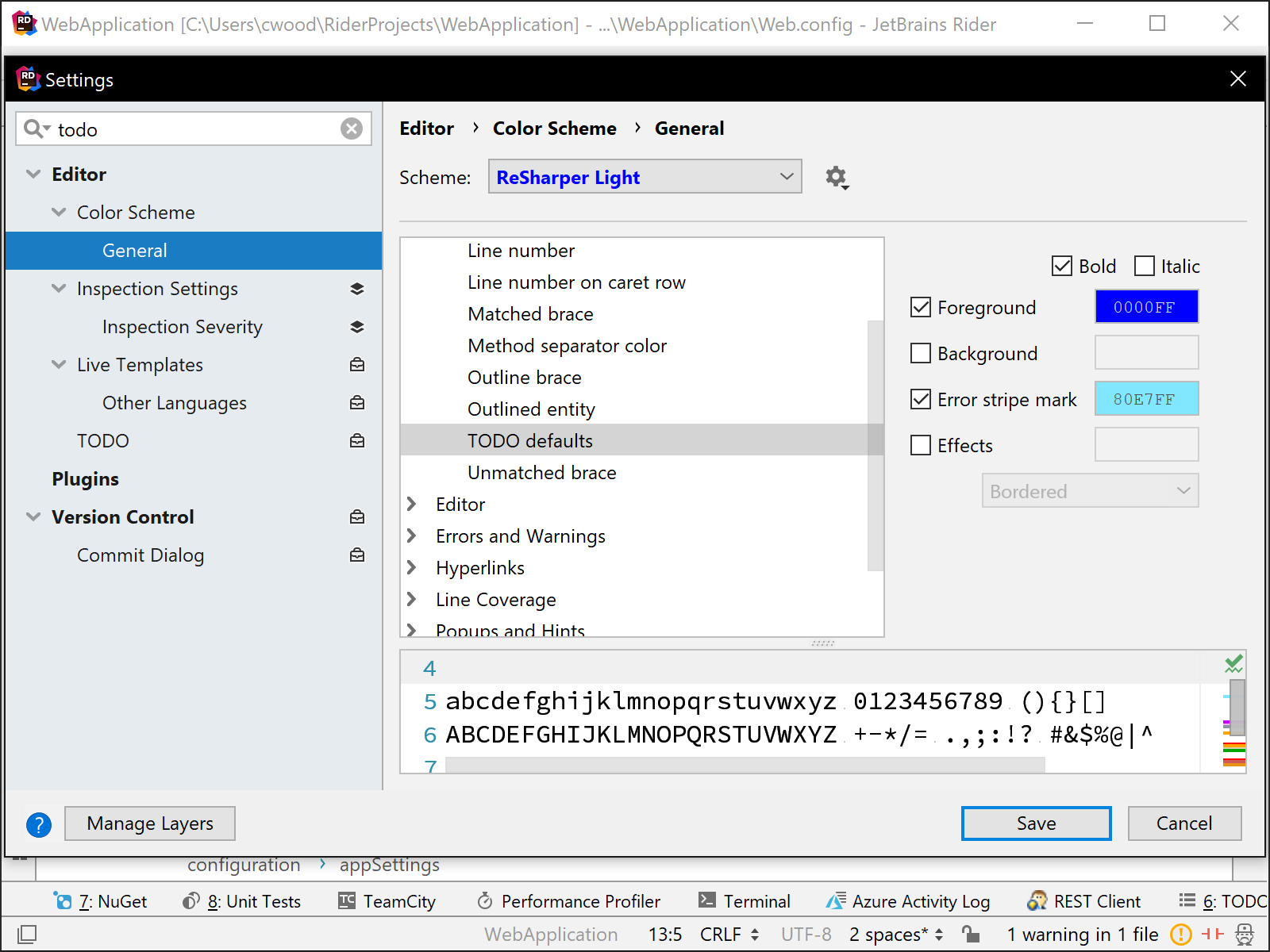 Below is an example of some TODO comments with the saved color preference in the Rider editor. 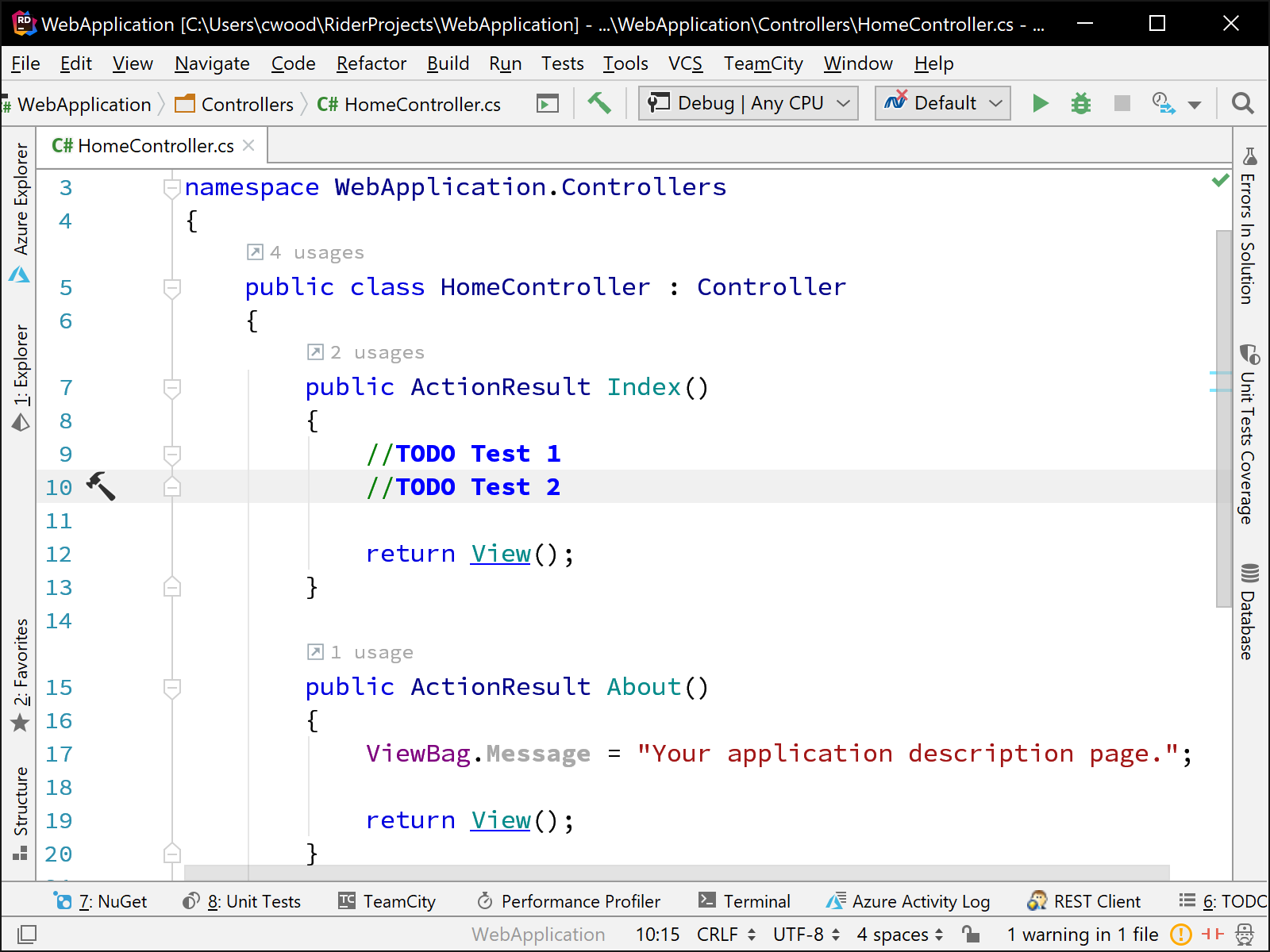 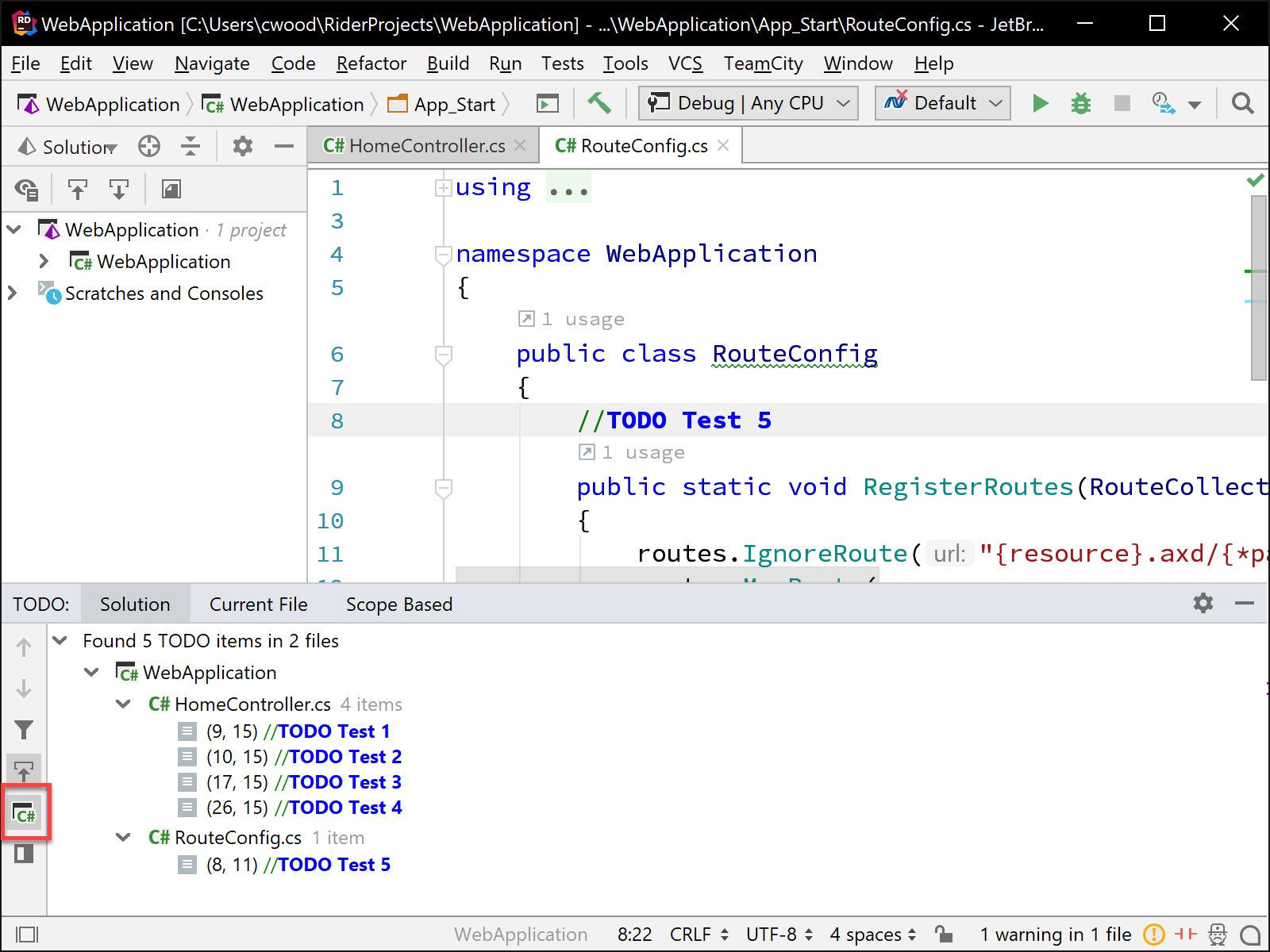 If you want to learn more about working and using TODO’s please read the blog post “Working with TODO items in Rider“.

The code style settings for argument names received another option. We can now choose to skip single arguments during inspection analysis and application of code styles: 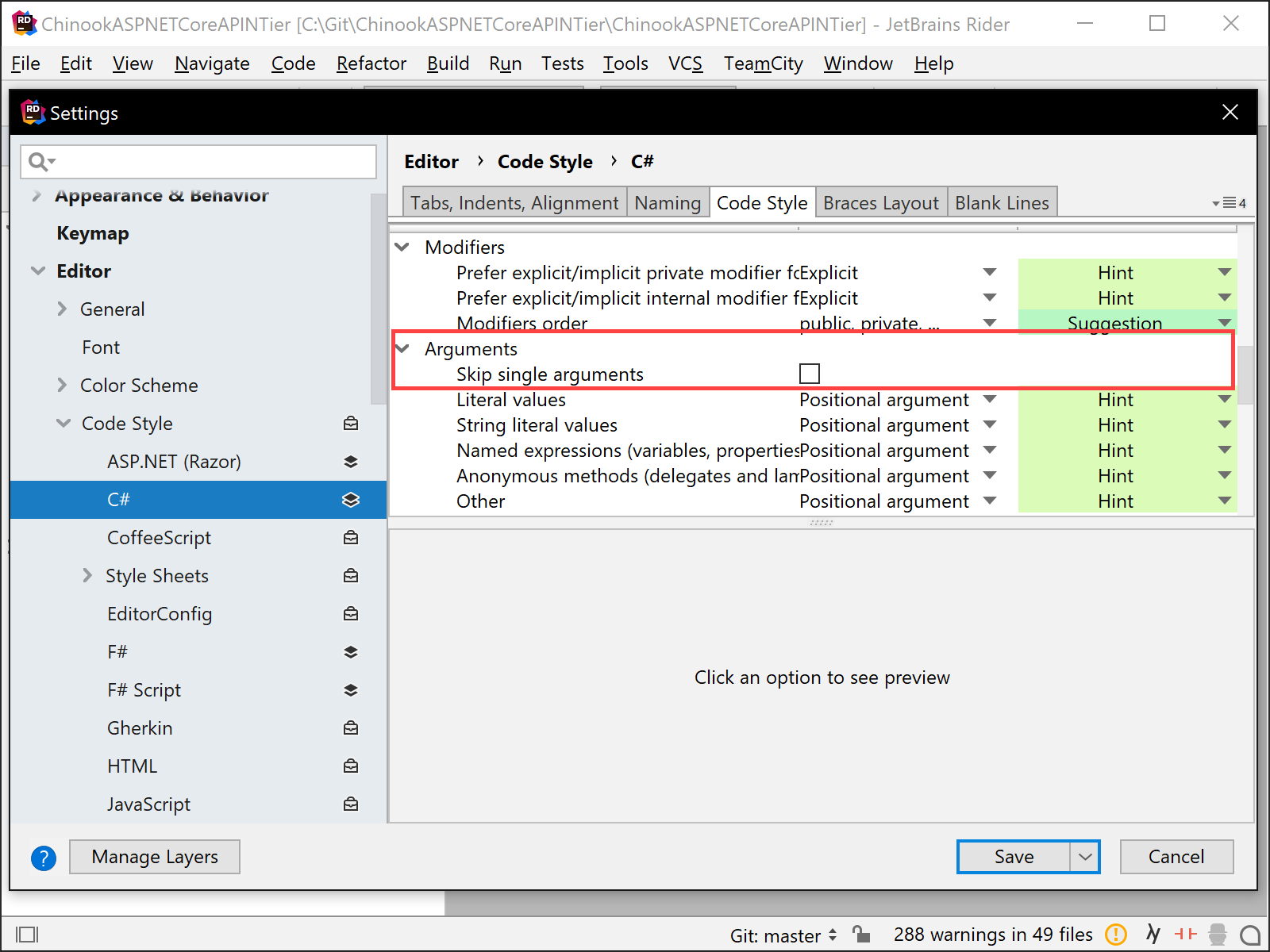 This lets us freely decide on a case-to-case base whether to add argument names or not. Many times, the method name already communicates us enough to grasp the effect of the passed argument. Other times, argument names really help to understand what is actually going on.