There are many different ways to test Web API’s developed using ASP.NET Core. Let’s look at how we can cover testing and profiling our APIs inside Rider. We will be using the HTTP Client built into Rider’s IDE that will allow us to build the calls to our REST APIs developed in ASP.NET Core Web API.

HTTP requests in Rider are done using a special, interactive file type that lets us craft and execute requests to a local or remote server.

There are two ways we can create an HTTP Request file: a scratch file or a physical file. Let’s look at the physical file first. Adding the file is just a right click on the project or folder and selecting Add | HTTP Request. Give the file a name and we will have our HTTP request file ready to be used after composing our request (discussed later in the post). 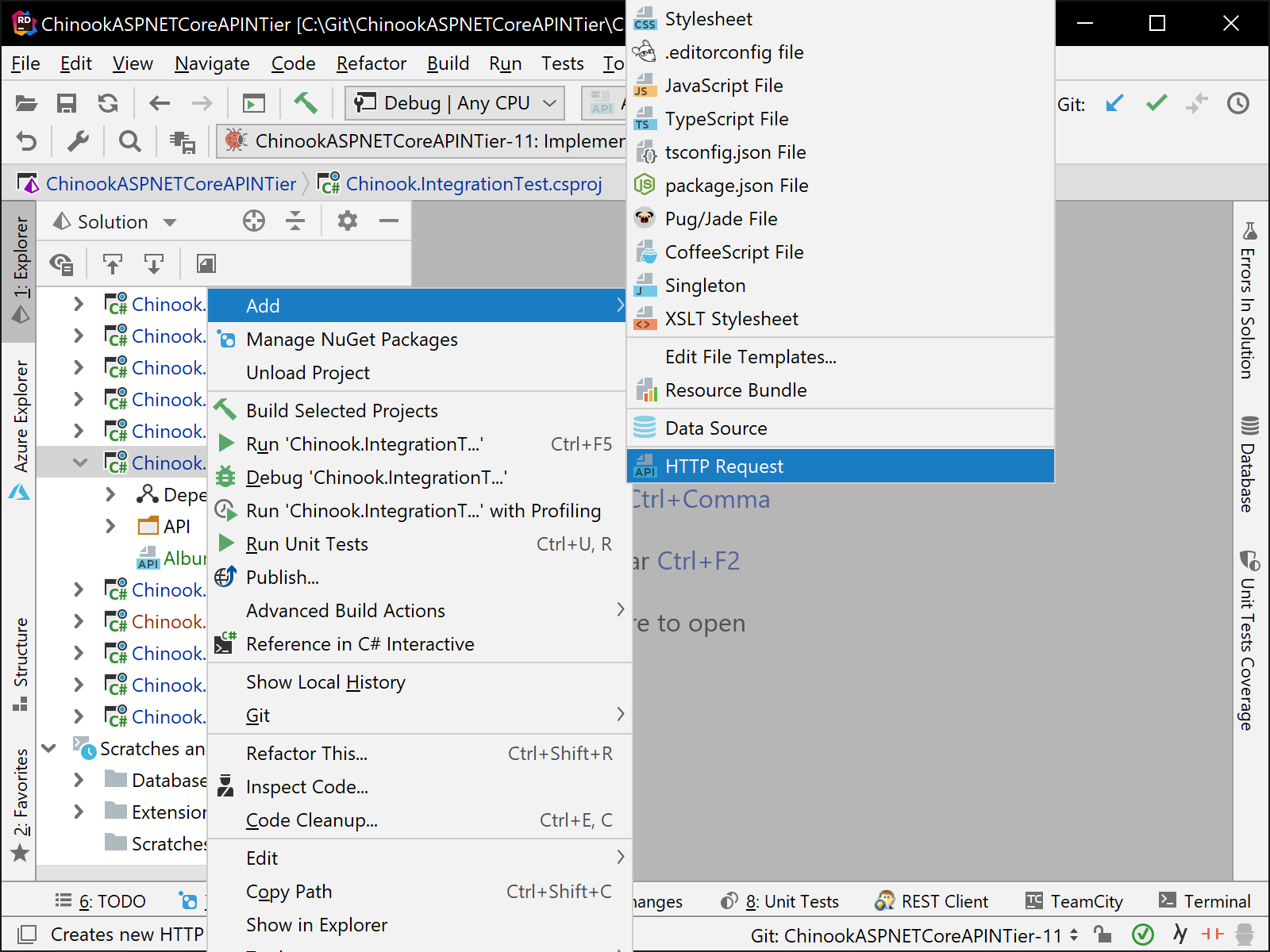 The other way we can work with HTTP Request files is by adding one to Scratches and Consoles. We can use the Ctrl+Shift+Alt+Insert shortcut to bring up the New Scratch File menu. Choose HTTP Request and a new scratch file will be created for us. In addition, we can right-click on Scratches and Consoles in Explorer to get the New Scratch File menu. 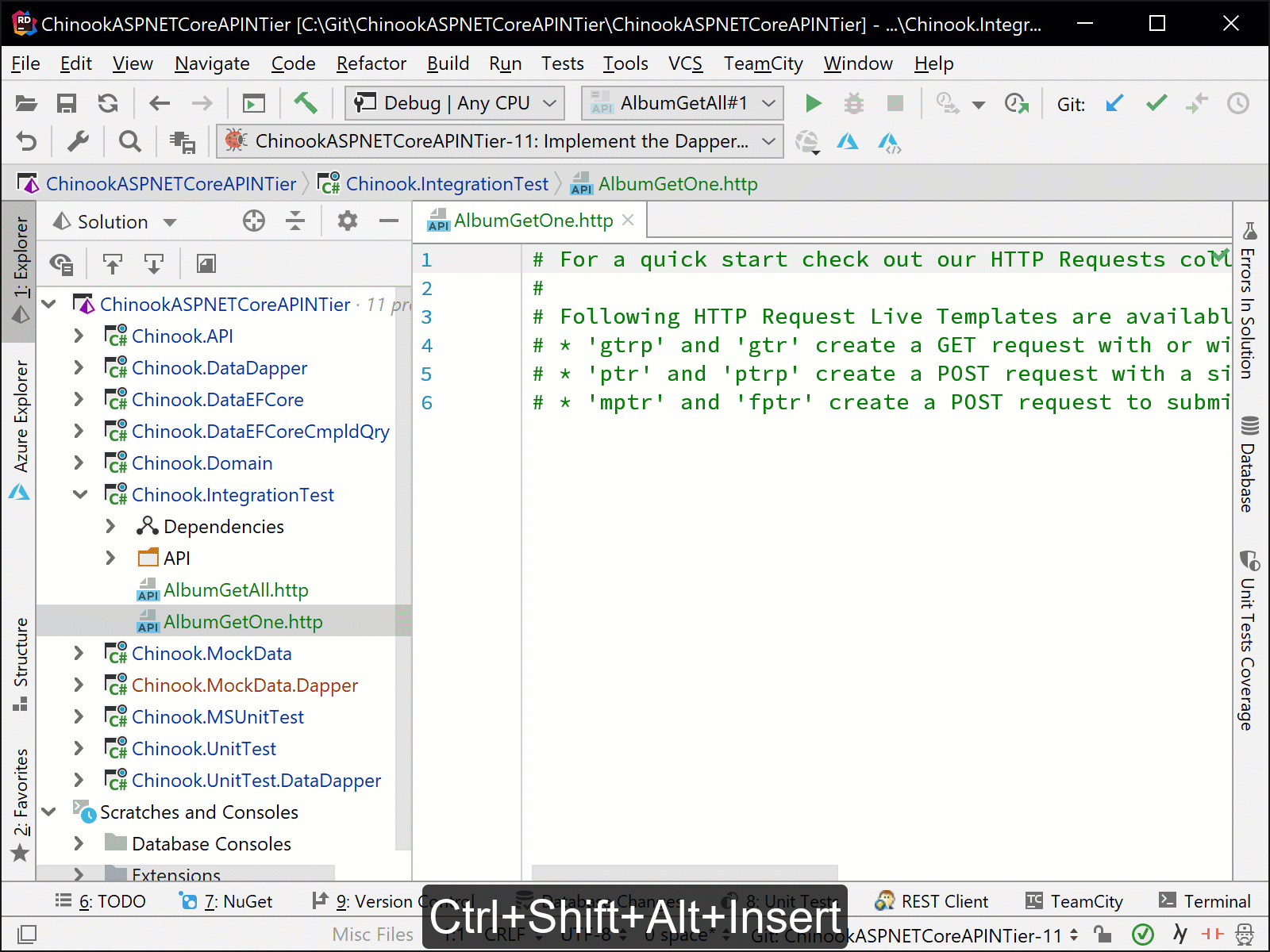 We can also move HTTP request scratch files to physical files by use of refactoring. 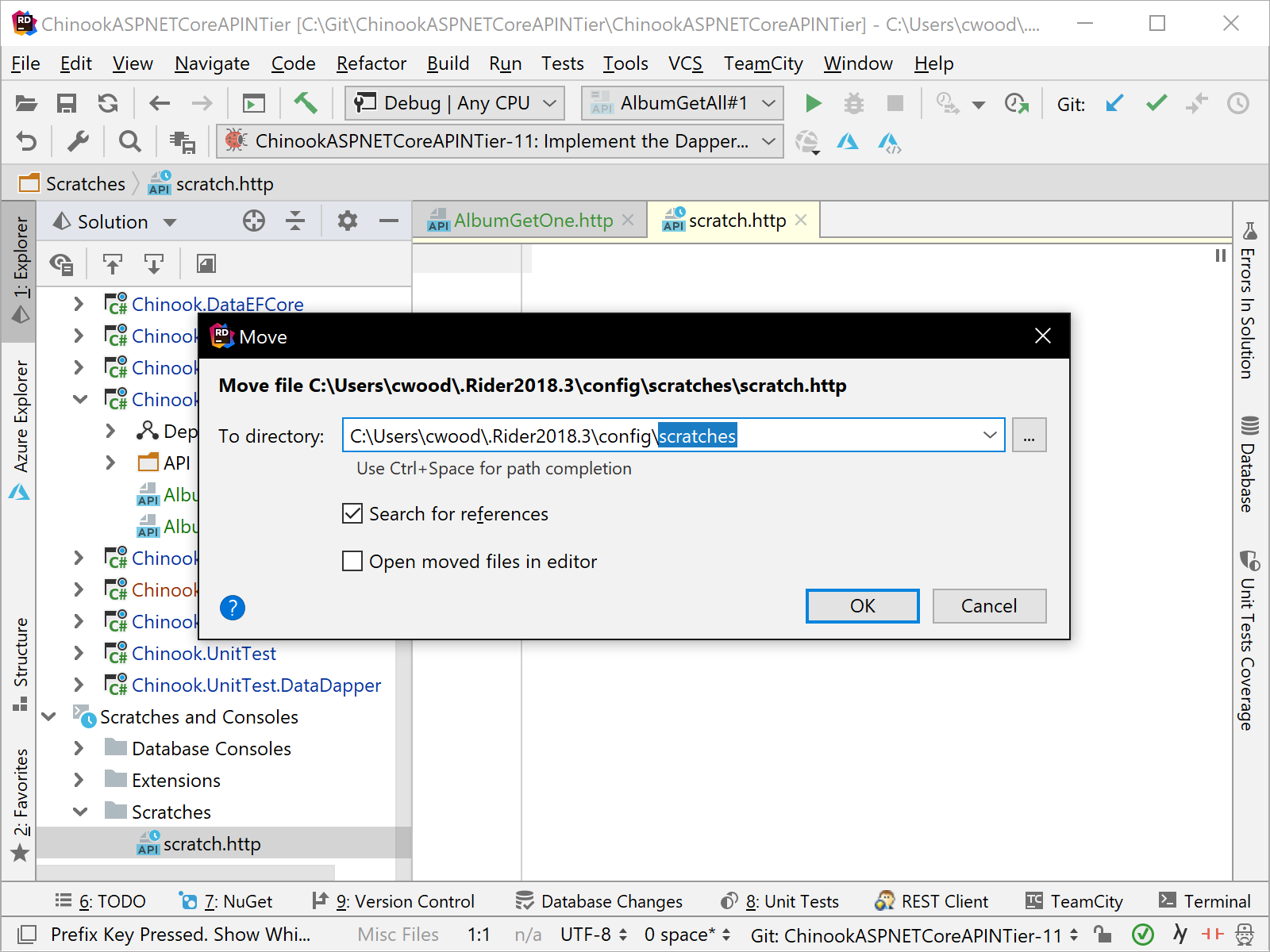 Developing the logic for the HTTP Requests can be very elaborate. I will go into some of the basics to get you started writing your API calls. If you want to learn more in-depth about the HTTP Request in Editor specification that JetBrains has created you can check out this GitHub repo. We will look at creating a few scripts to call an ASP.NET Core Web API for the GET, POST, PUT and DELETE HTTP verbs.

To help with getting the scripts written for the HTTP requests, there are a number of live templates that will give you the start for the type of request you need. The following is an example of the GET verb template. 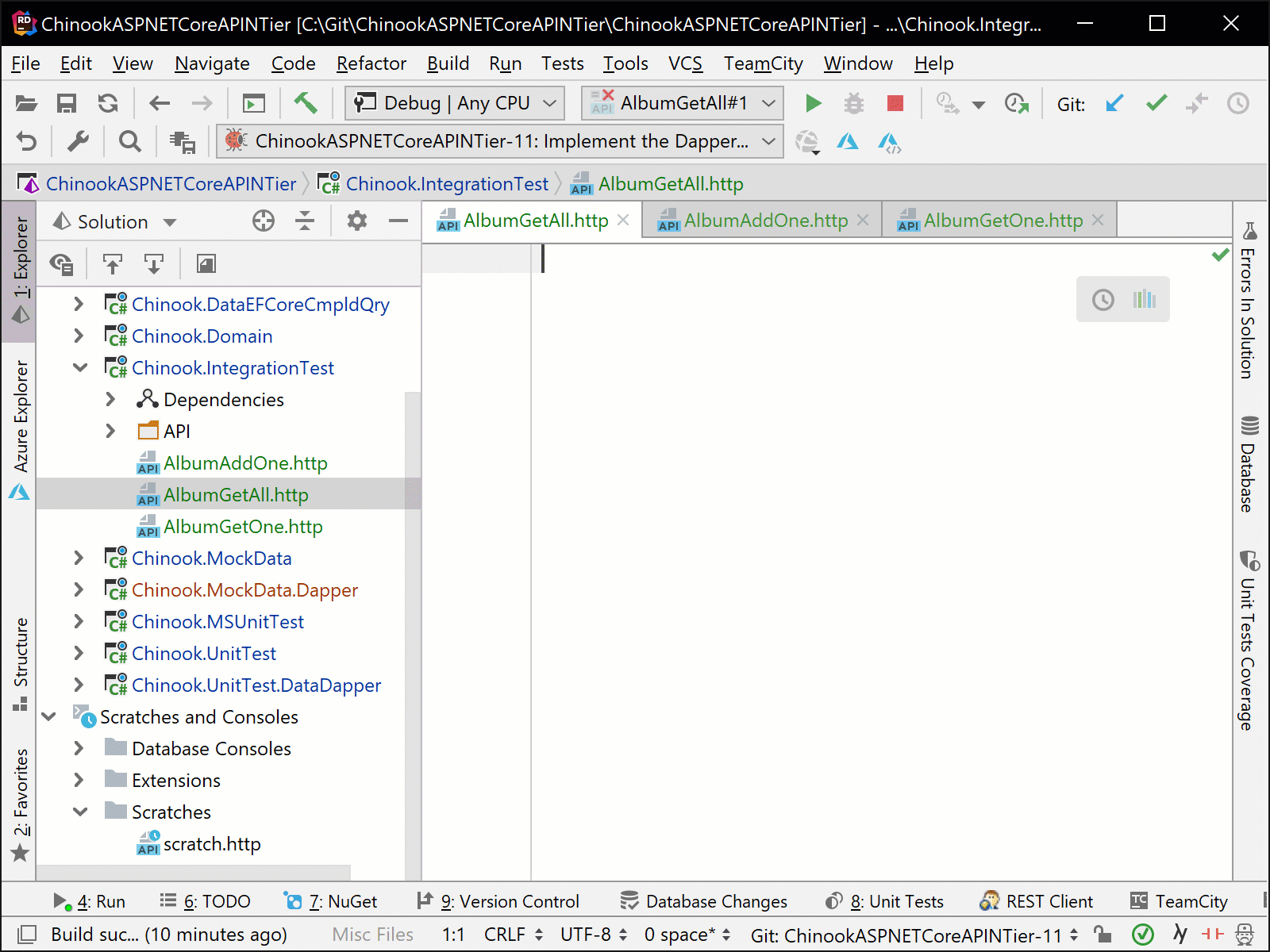 Let’s look at simple scripts for the four HTTP verbs that are used the most. The first is for retrieving all entities of a certain type from the Web API.


The following is the script to retrieve only a single entity of a type from the Web API being testing.

The next two scripts cover adding and updating an entity with the Web API. Both scripts show how we can send the json content for the entity that is being added and updated.

Note that each script should end with ### to make sure that the results are saved to the log for historical purposes.

To learn more about writing the scripts for more advanced HTTP calls like multipart/form-data, please jump over to the Rider help for exploring the HTTP request in Editor syntax.