There is sometimes a need to define a common build step in a template, so that this step will be executed either before all build configuration steps or after them.

Here’s a simple example. I’m building a lot of typical Maven projects, and for most of the part their build is the same: just run mvn clean package and upload the binaries to the maven repository. However, for some of the builds, I need the additional steps to run in between mvn package and mvn deploy.

In TeamCity, the requirement above can be implemented with the aid of Build Configuration Templates. Starting with version 2018.1, for a given template it is possible to define build steps and then define their placement in respect to build steps defined in a build configuration. The build configuration steps are represented as a placeholder in the Reorder Build Steps dialog. The template steps can be placed before or after this placeholder. 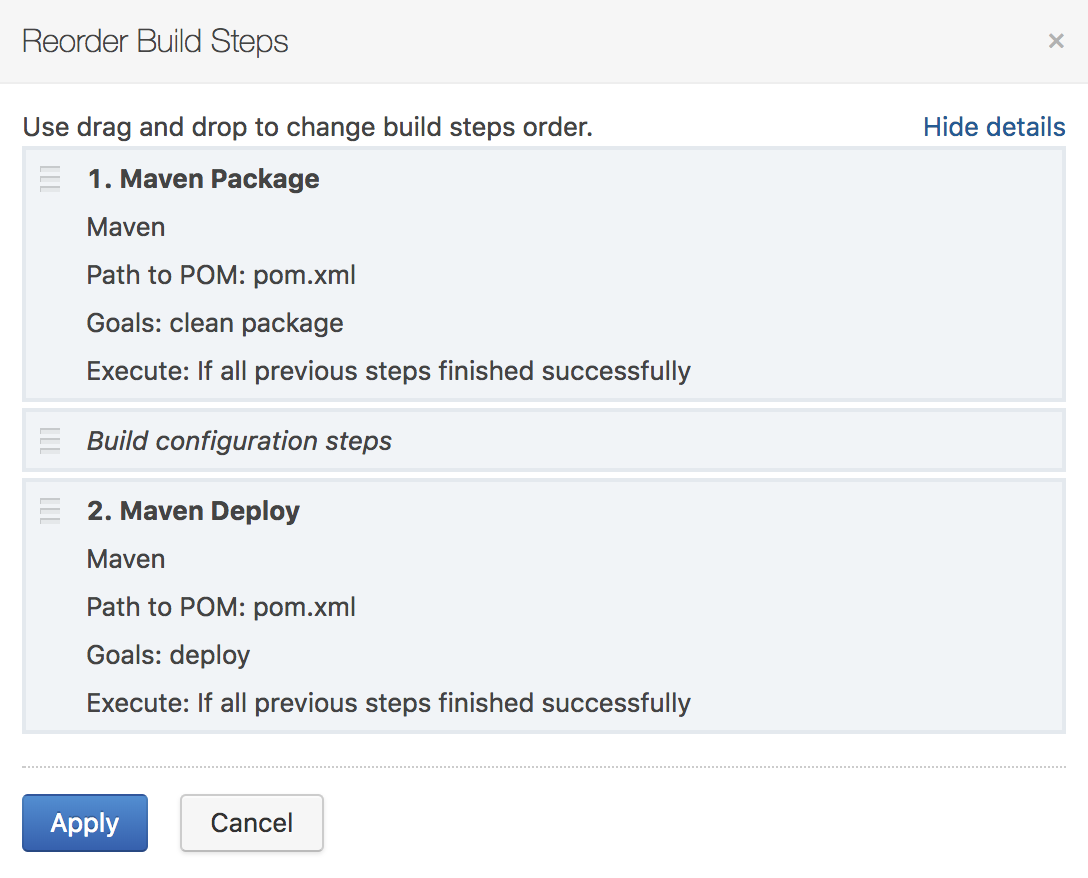 This looks like a neat solution to the problem I described above! 🙂 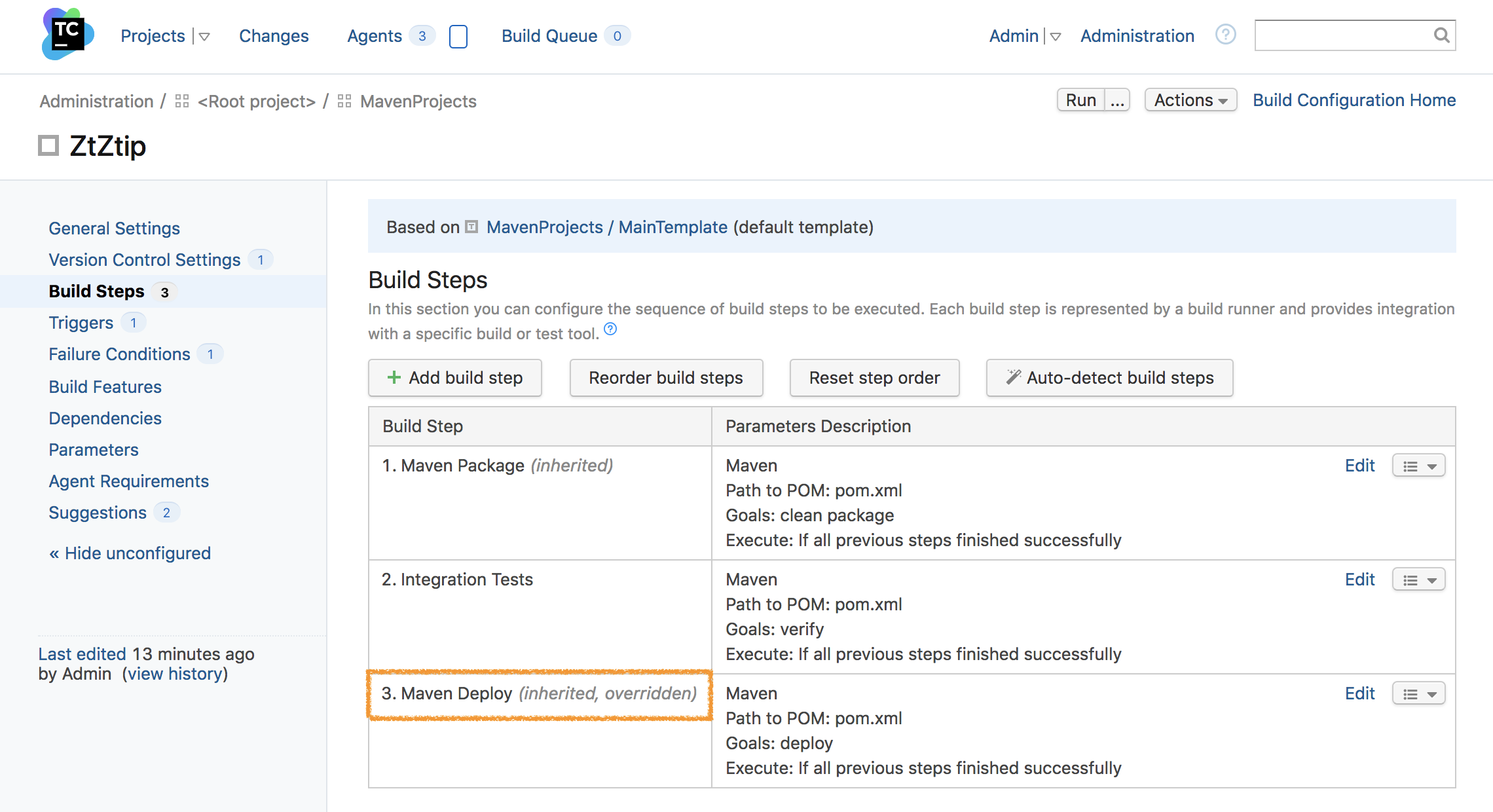 The build step will be marked as overridden in the list of all steps of the build configuration.