While TeamCity provides a lot of functionality out of the box and bundles a number of plugins in its distribution package, there are still use cases where you might need something extra. In this blog post, we are going to list 14 cool plugins that add new features or integrate with external tools. The plugins are not bundled with TeamCity in the distribution package but can be easily installed from the JetBrains plugins repository.

First, let’s take a look at the plugins that add new functionality to TeamCity for a very specific task in your build process. It could be a plugin that adds in integration with a build tool, provides a specific build step or a build feature, a UI extension, and so on.

Agents priority is a very nice plugin developed as part of our previous TeamCity Plugin Contest. The plugin lets you order TeamCity build agents by different criteria. Whenever a build starts, an available agent with the highest priority will be used. 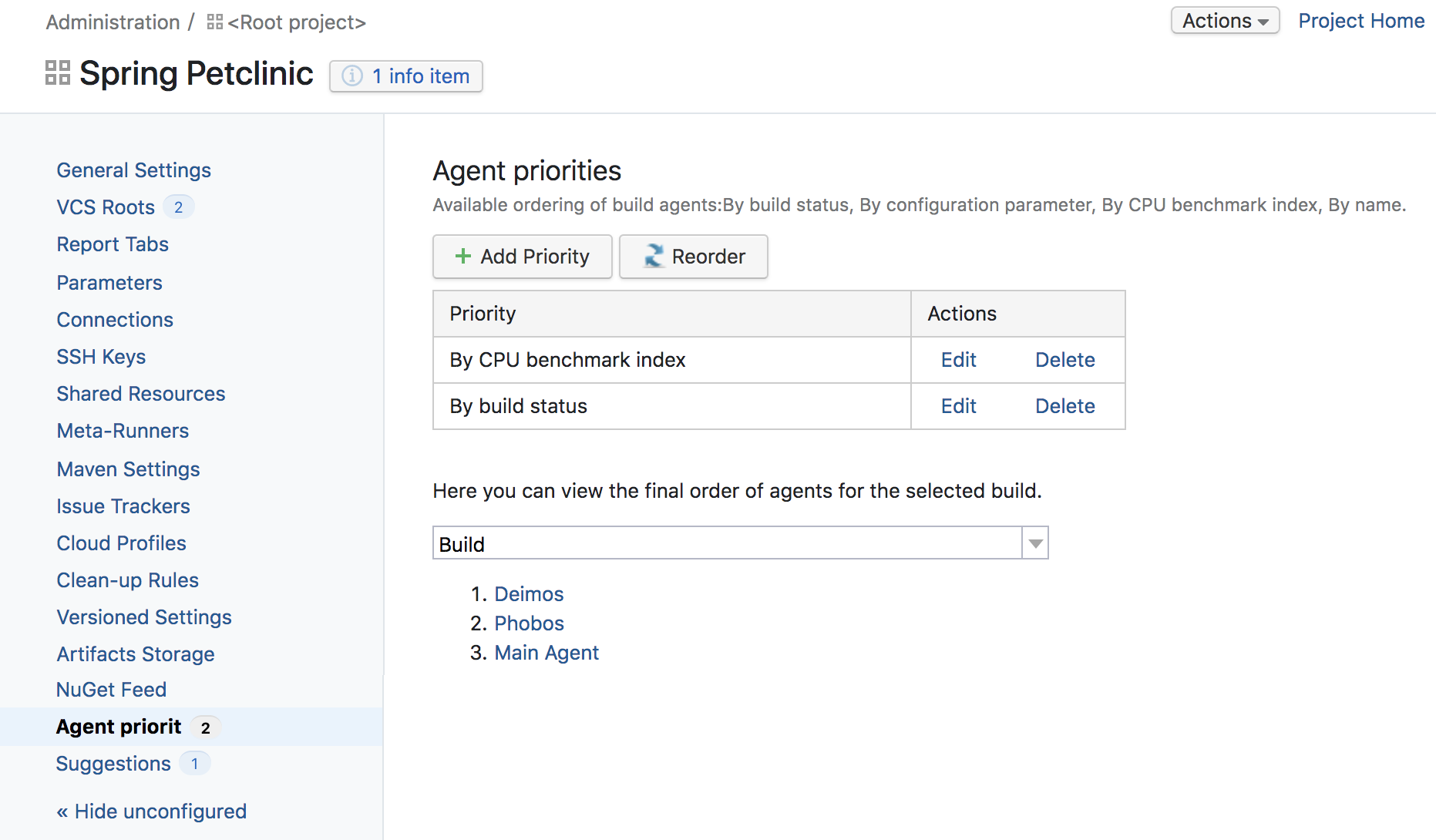 AutoProperties provides a build feature that can set parameters based on whether the build was triggered by a user. It can also set different parameters depending on those that exist already. The plugin will run before any build steps are executed, so the updated parameters will be immediately available.

REST runner is also one of the plugins developed during the previous TeamCity Plugin Contest. It adds a build step that allows you to execute an HTTP request to an external service and handle the response using a Groovy script.

TeamCity OAuth is a lightweight alternative to the functionality provided by JetBrains Hub, enabling GitHub or generic oAuth2 authentication for TeamCity.

The SSH Tunnel plugin adds a build feature that allows SSH tunnels to be opened with port and socket forwarding. After adding the build feature to a build configuration, the plugin opens the configured SSH tunnels before the build starts, and any step in the build can use the established forwards.

Now for something different… Achievements is a fun feature that grants TeamCity users various badges based on their activities. The badges are displayed at the top of the screen, next to the user’s name. Here are a few examples:

Use the Achievements plugin to add some fun in your CI experience! 😉

The Invitations plugin lets you invite users to create or join TeamCity projects. We use this plugin at the test hosted TeamCity instance to simplify collaboration for users.

Kubernetes support is a plugin that allows TeamCity cloud agents to run in a Kubernetes cluster and provides a ‘Helm’ build step.

The Rust plugin for TeamCity enables you to build Rust programs with Cargo. The plugin detects the Cargo.toml configuration file once you add a VCS root to the Build Configuration, and suggests the corresponding build steps.

Bazel plugin adds a corresponding build step and integrates with the core functionality of TeamCity. This includes auto-discovery of build steps, Bazel tool detection on build agents, and cleanup of Bazel workspace caches. It also adds a build feature for Bazel’s remote cache in order to speed up your builds.

You can find many more interesting TeamCity plugins in JetBrains Plugins Repository. What’s more, you can become a plugin author – and the ongoing TeamCity Plugin Contest is a great opportunity to try your hand at this! So if you feel you’re up to it, hurry and apply!

Now, let’s look at another category of plugins that provide integration with external services to enhance your CI/CD pipeline.

A proper CI/CD pipeline today poses requirements that go beyond the traditional build process. This includes steps for security scanning, managing binaries, running deployment tasks, managing environments, working with the reports produced by the build server, and much more. For many of these activities, there are services or tools that integrate nicely with TeamCity. Here are a few interesting tools that will help you build a sophisticated CI/CD pipeline in collaboration with TeamCity.

The Snyk plugin adds the ability to test your code dependencies for vulnerabilities against the Snyk database. When you use the Snyk plugin in TeamCity, the build process makes sure that it is in line with the Snyk org’s rules. The build will fail if the security scan detects that the code is vulnerable beyond what the policy allows.

As a result of a build process in TeamCity, we often produce binary artifacts that can stay in the build server. However, there are products tailored for working with binaries which are definitely worth using for managing your artifacts. Artifactory is a tool designed to work with binaries, and the Artifactory plugin for TeamCity makes the integration possible.

Beyond managing the efficient deployment of your artifacts to Artifactory, the plugin lets you capture information about artifacts deployed, dependencies resolved, environment data associated with the TeamCity build runs and more, that effectively provides full traceability for your builds. (link)

Not only do we produce and manage the binaries in the CI/CD process, but we also need to somehow deliver the artifacts into the environment to serve the business. Octopus Deploy is a convenient tool for delivering software packages to the servers.

We recently hosted a webinar about using Octopus Deploy with TeamCity and the recording is available for you to watch.

As you can see, there are plenty of interesting plugins for TeamCity tailored to many specific use cases. I would venture a guess that you, too, may have a particular use case that stands to be implemented via a plugin. Fancy having a go at it? There’s still time left, so apply for the TeamCity Plugin Contest, submit your solution, and win the day!

TeamCity offers a number of ways to help you work with tests. First of all, it presents the test results for each build execution so it’s easy to analyze what happened and why something has failed. Besides that, TeamCity includes advanced features like code coverage, flaky test detection, metadata in tests, and the ability to re-order the test execution. In this blog post, we provide a brief overv

Getting Started with TeamCity TestDrive

⚠️ Update from October 12, 2020: TeamCity TestDrive has been deprecated. If you are looking for a simple way to try TeamCity without downloading and installing it on a server, please consider giving a try to TeamCity Cloud. TeamCity Cloud is a fully-managed CI/CD solution that automatically runs your builds and tests in the cloud, and lets your team deliver quality software faster, a

TeamCity provides support for multiple technologies and programming languages. In TeamCity 2019.1, support for Go has been included in the distribution. In this blog post, we will explain how to configure TeamCity to work with Go programs.

The support for pull requests in TeamCity was first implemented for GitHub as an external plugin. Starting with TeamCity version 2018.2 the plugin is bundled in the distribution package with no need to install the external plugin. The functionality has since been extended in version 2019.1 to support GitLab and BitBucket Server. In this blog post, we will share some tips for building GitHub pull